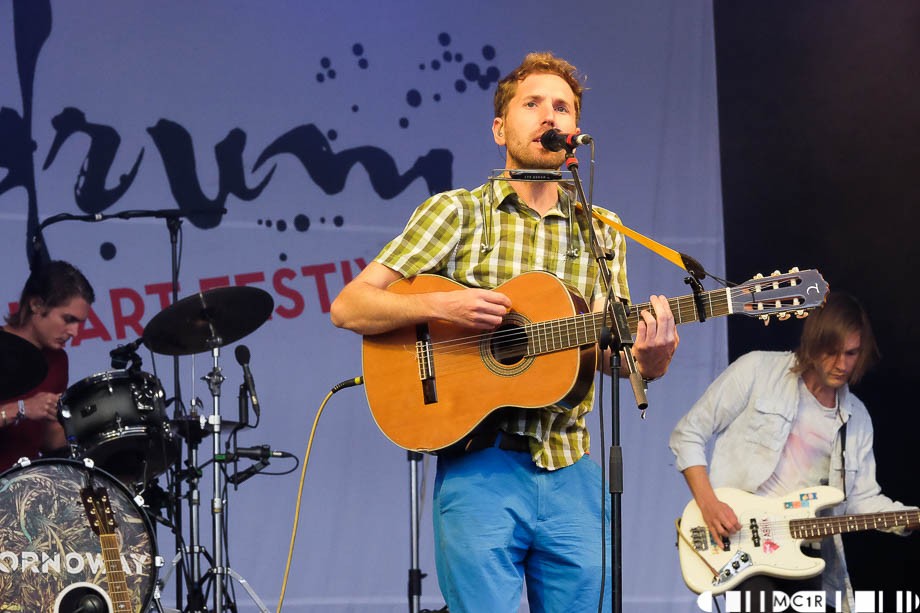 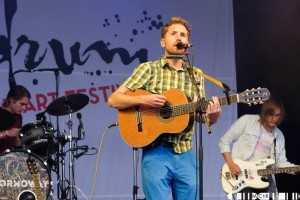 Not any affiliation to the Outer Hebrides as the name might suggest, Stornoway are a four piece indie-folk band from Oxford. And they’re lovely. The sort’ve music that is perfect for a chilled out day, maybe lazing in summer sun (on any of the three days this has perhaps been possible this glorious summer) and they were great for the Garden Stage.

The band broke out after their first album Beachcomber’s Windowsill was released in 2010. They had a very relaxed presence on stage and came across generally as very nice people. Their latest album Bonxie was released earlier this year and as we discussed when we interviewed band member Jonathan Ouin last month, there is a heavy focus on birds in the new album which recordings of birdsong featuring on many tracks.

A highlight of the set for me was when the four band members abandoned their instruments to come to the stage to sing a sea shanty titled Josephine from the Bonxie album. Very pretty song-writing and vocals.

The crowd were understandably excited to hear the band’s successful 2010 single Zorbing. This song normally features a large brass section which was replaced on stage by singer Brian Biggs playing the Kazoo. A quirky touch to top off the wonderful set.

Read our interview with the band prior to Belladrum.