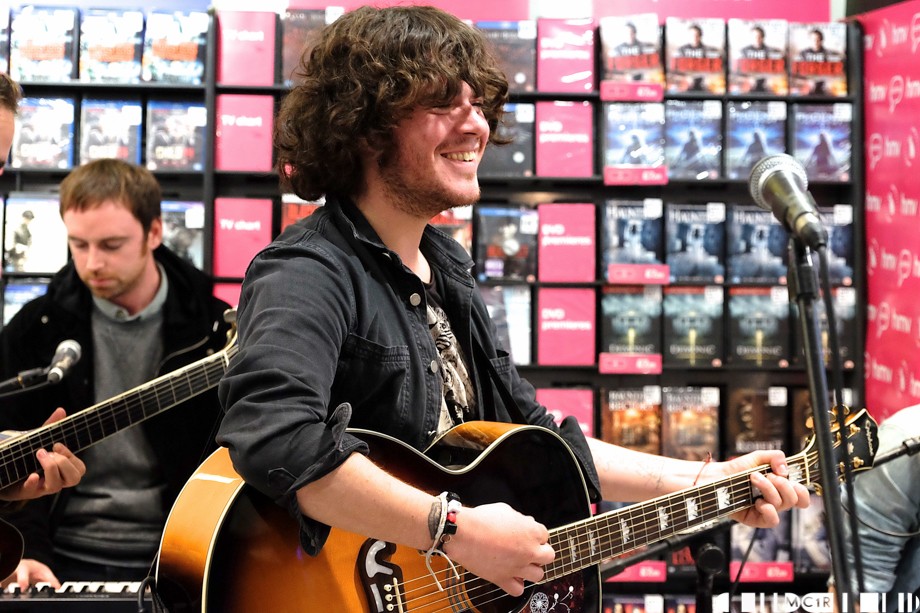 Like buses they are, HMV Inverness haven’t any live in-store acts for a number of months and today we were treated to not one but two live bands. First up earlier in the afternoon, UK Country act The Shires performed a trio of songs to a small but appreciative audience, ahead of their full gig at the Ironworks in October.

The duo of Ben Earle and Crissie Rhodes have already been playlisted on Radio 2 and their debut album ‘Brave’ reached Number 10 in the UK charts and made a reasonable dent in the charts over in the States.

Their Nashville-influenced sound has clearly won fans both sides of the pond. ‘Nashville Grey Skies’ is as catchy and upbeat performed acoustically as it is on the album and has a tendency to stick in your head for hours afterwards despite your best attempts to remove it.

Likewise their country party anthem ‘Friday Night’ is an earworm in the making and shows that while they might be country they haven’t adopted the more gloomy aspects of the genre. The pair are bright and engaging throughout, and definitely brighten up an overcast Tuesday afternoon.

The View amble on after 5pm and a gaggle of excitable Millburn Academy kids are first in line to see the Dundonians play a few tunes. Their reputation precedes them and the stories that they can be a bit of a handful during  instore performances proves to be unwarranted on this occasion.

A pair of burly security guards are on hand to prevent any of the more enthusiastic members of the audience from getting too close and to be honest it seems excessive.

They were there for The Shires too, which makes you wonder what kind of stories they’d heard about Inverness! To the music; the sound is a wee bit murky at times which does the band a bit of a disservice but they’re otherwise in fine fettle.

‘ being released is not in evidence and his distinctive tone sounds as good as it ever has. They’re here to promote said album and early indications would seem to say that it’s being well received.

The tunes performed from the album are good enough to make me check the album out later on, I suppose proving that in-store performances and signings are worth the effort.

Photos from The View’s set.