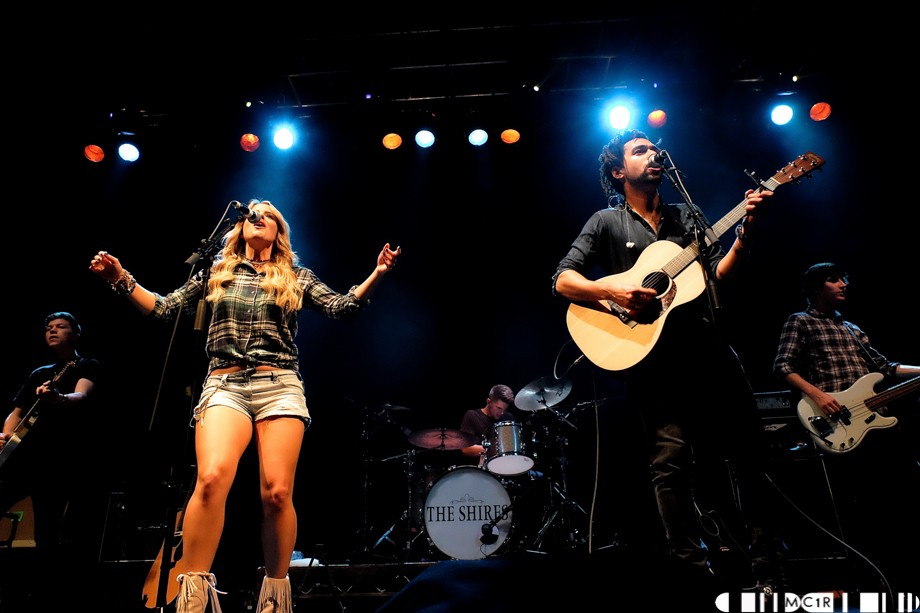 The Shires with support from Jonathan Jeremiah. The Ironworks, Saturday 10th October. A review.

Jonathan Jeremiah (what a great name) is a shaggy haired Londoner who has been gaining some airtime recently with sessions on Radio 2 no less. An eight song set of earnest ballads featuring a cover of Kristofferson’s ‘Help Me Make It Through The Night’.

He was needing help to get through the set, he had the attention of some of the audience but if there were any lyrics worth talking about here then to bad, couldn’t hear him over the particularly loud chatter of the crowd. A warm borderline gravelly voice and an acoustic guitar, he could have done with a band behind him to make some noise.

I hadn’t anticipated doing any writing at all for this evening so hadn’t taken the time to see precisely who The Shires are ; ahead of the this event they hadn’t appeared on my radar at all. I thought the two hour wait for them to appear on stage in front of a sold out Ironworks was a tad excessive, but by that time thanks to the natty line in checked shirts, cowboy boots a fair few stetsons and First Aid Kit on loop I had a pretty good idea about what to expect.

The Shires have just this year released their debut album ‘Brave

’ (which they promoted with a fleeting visit to Inverness earlier in the month) and they are one of the hottest and fastest growing home grown country and western acts. They play fast infectious no-nonsense C&W with a strong pop (commercial?) feel. And the crowd love it. There has always been a massive C&W audience and folk of all ages have travelled from far and wide to help fill this evening’s venue. The crowd are into it from the off and the fast, tight openers are welcomed with whoops, hollars and yes, a few yeehars.

From the comments I have seen, it’s clear a mighty fine evening was had by all.

Photographs of the evening can be found here.