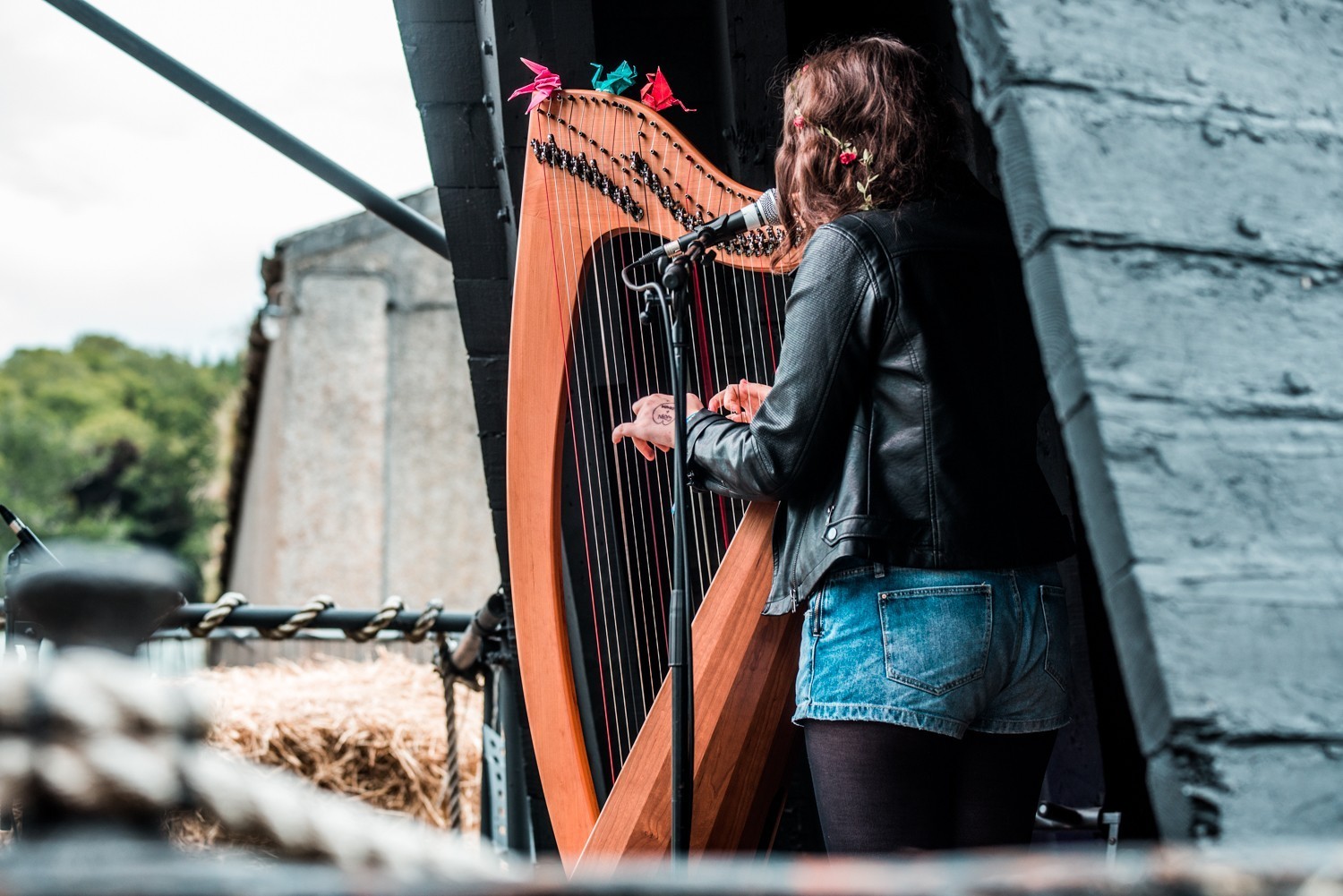 For the uninitiated, Imogen is a multi instrumentalist (most commonly playing the Clarsach and guitar) and singer/songwriter. Whilst working with Music Plus she collaborated with Claire Campbell who co-wrote the mesmerising “Red Apples” and has also toured with Hit the Road initiative.

On considering the kind of music she plays the multi instrumentalist struggles; “it’s very influenced by folk music but also by my own loves in music like Kate Bush and Joni Mitchell, so I don’t really fit into a definitive genre of music.”

It’s been a busy year for Imogen, she reflected; “My highlights have included playing one of my own songs on the STV Glasgow Christmas special with Megan D , supporting Josephine Sillars at her EP launch and young traditional musician of the year, Robyn Stapleton when she played in Cromarty.” Her set at Belladrum mesmerised the audience despite the intruding rain, and Imogen described the set as her “favourite ever gig”.

Imogen will formally release her EP “Little Dragon” at the Mad Hatters gig on Friday November 20th. Support is provided  by Dylan Tierney.

Tickets details will be available via Imogen’s Facebook page.