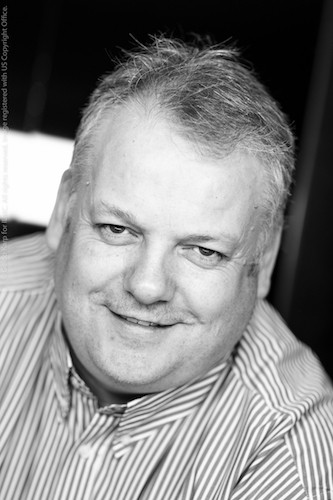 The second in our Q and A series of local promoters sees us catching up with Les Kidger who is the managing director of LCC Live Events whose 2016 roster of acts includes bringing Wet Wet Wet to Inverness, Bryan Adams to Montrose and a trio of headliners for Somerset Rocks.We gave Les the opportunity to cast an eye on this year whilst also looking forward.

Yes, it’s often difficult to separate our passion for music with the need to make money and manage memorable live music events.

There is a boundless passion for music amongst the team at LCC Live, representing an eclectic mix of musical eras and genres. We actively encourage suggestions for different artists we’d like to work with, but ultimately every decision has to be based on the viability of the show, its profitability and our ability to work with artists to perform and deliver within the set boundaries.

Every aspect of the event from signing the artist, ticket sales, to delivering the event itself, which includes managing a team of 300 at any live outdoor event, comes under my remit as promoter and event director. It’s a mammoth task and I try my best! But what is so rewarding and is my main driver as a promoter, is seeing the crowd having a great time listening to amazing live music.

Every time you put on a music event, whether it’s a small show for 500 or one with a capacity of 15,000, there is an element of risk involved.

In terms of my biggest risk in 2015, it would probably be signing Wet Wet Wet – The Big Picture Tour to come to Inverness Leisure Centre on Monday 14 March 2016 (a gig which Wet Wet Wet’s drummer is particularly looking forward to), straight after their one night stints at the AECC GE Oil & Gas Arena in Aberdeen and the SSE Hydro in Glasgow. That said, it is a risk that has paid off and Wet Wet Wet is proving popular with music fans in the Highlands.

I’ve always wanted to work with Bryan Adams and have been trying to secure him for the last five years and for various reasons it’s not worked out … until now! LCC Live is absolutely thrilled to be working with Bryan Adams, doing a number of dates across the UK, including Montrose and Peterborough, in 2016.

Our most successful event of 2015 has to be Madness in Montrose(and certainly one of our fave events of the year -Ed.). Over the years, we’ve built up a very positive working relationship with the Montrose Music Festival. Our vision has always been to put Montrose on the map as a live music destination and year on year, we’ve brought bigger names to the small, coastal town.

It’s been a huge challenge, but we’re now in a position that many of the artists’ management teams have heard of Montrose, like what they see and are keen to bring their artists to the town. In 2016, Jools Holland and Bryan Adams will be performing in Montrose.

We approached 2015 in the same way we approached 2014 and likewise how we look ahead to 2016. 2015 was slightly quieter than the previous year, as some of the artists we’d hoped to secure for Inverness didn’t come off, but we were busy across the rest of the UK.

2016 is shaping up to be LCC Live’s biggest year to date. We have secured dates for Status Quo, Bryan Adams, Will Young and Jools Holland, all of whom will perform across the UK, with more dates to come. Logistically it’s a little bit of a headache moving the teams around the UK for these outdoor summer shows, but I’m looking forward to that challenge!

Can you give us any hints about the projects that you are involved in for 2016?

LCC Live has announced seven shows across the UK in the last few weeks and are working hard to secure additional artists to add to the 2016 line-up. We’ve secured some artists for shows in 2017, but it’s far too early to reveal any more details!