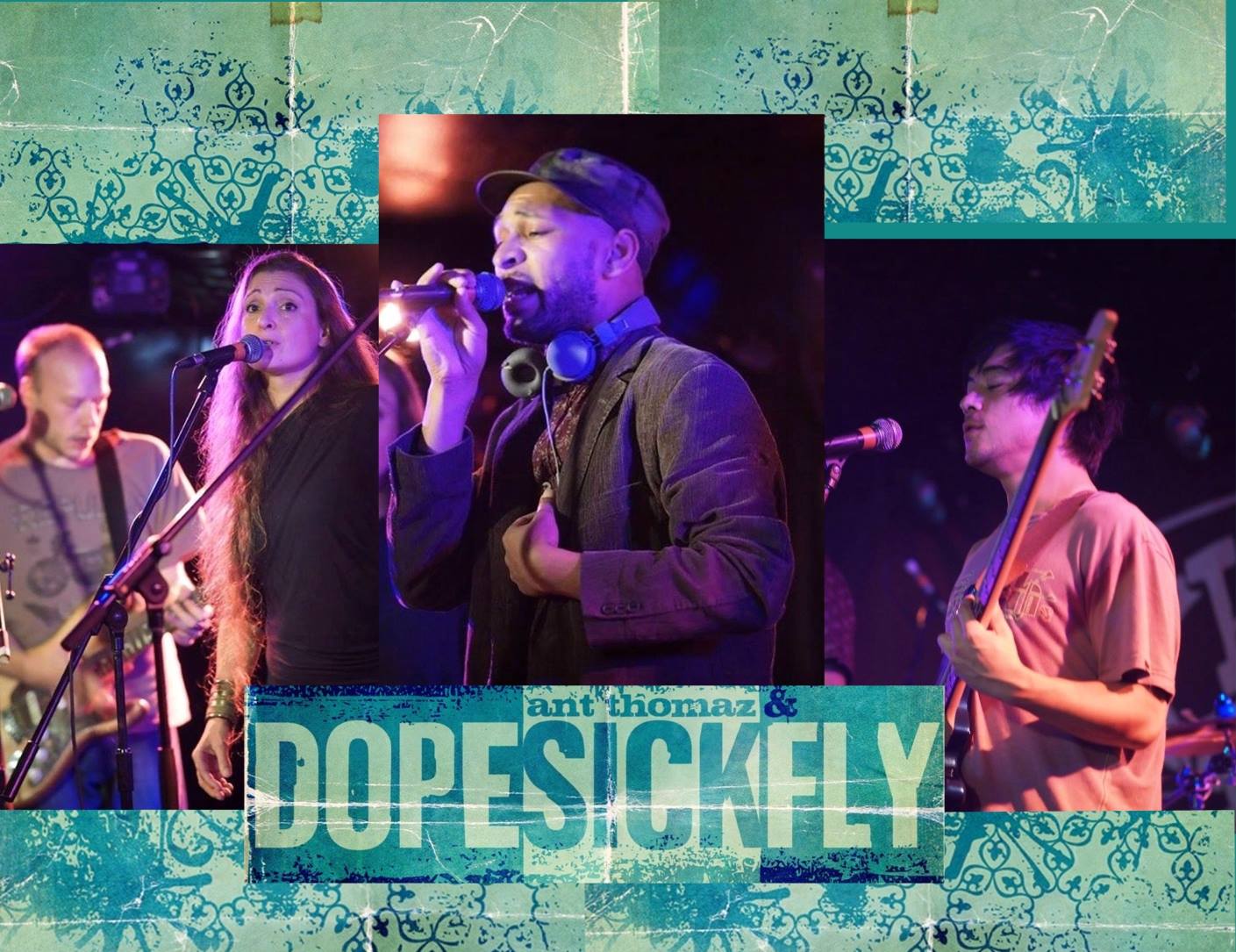 Interview with Ant Thomaz of Dope.Sick.Fly who are playing the double-header of The Market Bar and Mad Hatters in February.

Given the eclectic mix of backgrounds of band members, how difficult was it to get the band together?

Getting the band together was really easy, we all wished to be a part of something different, that’s progressive and positive. So when the opportunity presented itself we all jumped in and now we have DopeSickFly

Difficulty never entered our minds at all we met busking the streets of Glasgow and clicked as we were all what you would call Loners in our own right.

Described as ‘neo jazz fusion’ what is at the heart of Dope.Sick.Fly?

Given your background how does the new music scene in America, compare to that of Scotland?

The music scene in the USA lives on the old idea of the music scene. Corporations bought the Independent. In Scotland the scene is fresh, young, active, inspiring, an Artist shares knowledge, being open minded it helps embrace the unknown and we think it’s so beautiful.

Just a few weeks til the album launch, how does lead single ‘Hydroplane’ represent the other tracks on the album?

Hydroplane is a feel good song basically saying everybody is a RockStar if you believe! The entire Album has that funk, lyrical, positive energy & is about the one thing no one understands but we all want and that’s Love. See this is written by people that’s in love with Life and we wanted it to sound & feel just as divine as the emotion, we felt Hydroplane could lead.

We can just imagine listening to ‘Hydroplane’ at a sun-drenched festival, have you any plans for hitting the festival trail this year?

Yes, our manager is in the progress of finalizing a few festivals but we’re manifesting playing any festival that will invite us to perform. If you know any don’t be a stranger!

You can grab the new album via iTunes, Bandcamp or at a show.