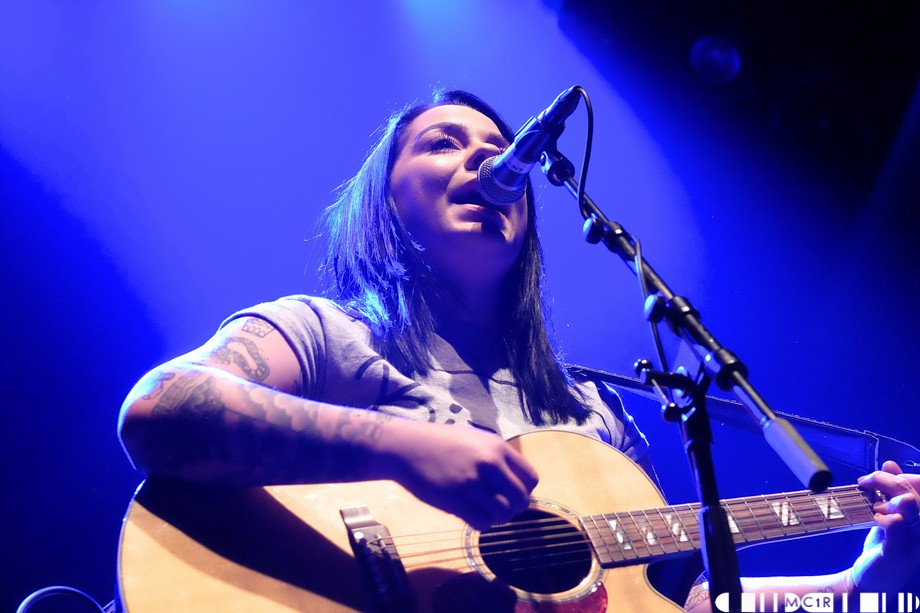 Lucy Spraggan, with support from The Dunwells, at The Ironworks, Inverness, 16/2/2016. A review.

Queues to get into the Ironworks on a rainy Tuesday evening in February, is clearly an impressive coup for both the venue and the young singer songwriter. Indeed the gig had in fact been sold out several days earlier, matching most of the other dates on the the eighteen venue tour.

First off were The Dunwells or at least an abridged version of the Leeds based band and for the duo, Inverness marks the furthest north that the guys have played. At least in this form, harmonies are the name of the game, each song plays to their strengths and whilst the initial reception was muted, there is a scramble at the end to ask who they were.

Their latest album ‘Light up the Sky’ comes forth at the end of the month and the subsequent tour will see them return, with a full band, to Scotland albeit to Glasgow.

As she walks onto the stage, it is clear that the trademark beanie hat has been ditched for the occasion. The stage is bare, no banners or suchlike, just Lucy Spraggan her guitar and the occasional support of her keyboard player.

The audience welcome her warmly as she starts with ‘Coming Down’ and makes her way through what was to be a 17 song set. She had promised not to ignore her older material in a recent interview, she was not going to dissapoint.

Possibly Lucy’s most well know song is ‘Last Night’, which Lucy introduces as “how we first met” referring to the song being used as her first audition for X-Factor. It is perhaps a slight indictment of the audience that instead of the sing-along that would have been expected for the most popular of her tunes’, the priority appeared to be for mobile phones to be set to record (it’s on YouTube already guys !!). The comical observations are returned to for “Jeremy Kyle” and ode to the guilty pleasure that is the day time television programme. The song certainly received a very warm welcome.

Despite her self proclaimed difficulty in multi tasking, we learn during songs that she has enjoyed Inverness, especially the local pizza. She also recalled her last visit to Belladrum 2013, of which she has very fond memories, and is clearly keen for a return this year.

There is more to Lucy than funny lines with a poppy tune. Love is well represented in her set, perhaps unsurprisingly given the closeness to Valentine’s day, and Lucy’s impending marriage. ‘Skylights’ certainly explores relationship and the positivity that comes from this, whereas ‘Tea & Toast’, inspired by an incident when she was busking, looks at the endearing and enduring nature of love. Both are touching and poignant without ever venturing to sickly.

Another two songs with contrasting messages stand out during the latter stages of the set. ‘Unsinkable’ a singalong anthem for the embattled and ‘Uninspired’ which recalls her times leading on from her X-Factor appearances. It is with ‘Uninspired’ that she is at her most vulnerable, and arguably her best, she leaves the guitar at the back of the stage and concentrating on her singing, it emphasises the emotion of the song and her experiences.

Throughout the set Lucy did appear to be struggling with sound issues, and whilst that had little impact on the audience, you could sense the frustration for Lucy herself.

Lucy is an astute observer, driven by passion and without doubt a talent, we don’t need a show or judges to tell us that. However the set ends sharply, the hall lights and the recorded music being turned on, makes the chants of “one more song” futile. Lucy certainly left the audience wanting more and perhaps, hopefully, we will indeed see her at Belladrum 2016.

You can catch photos of Lucy Spraggan on the evening here. 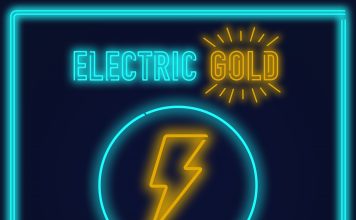 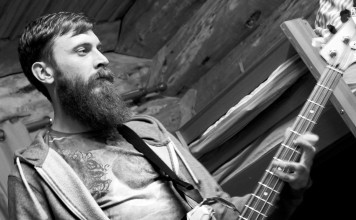