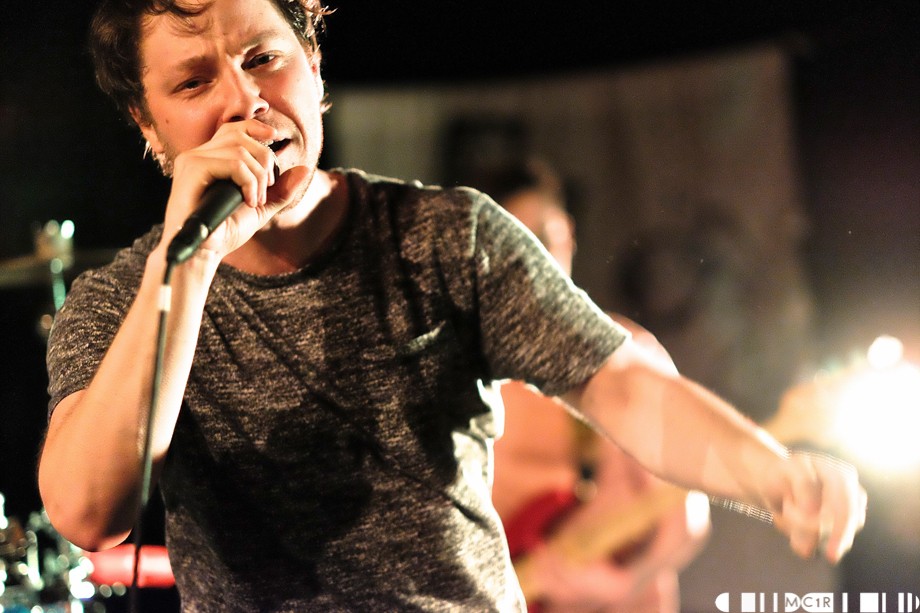 It was a lucky crowd who got to witness a double shot of SAMA winners at the Spectrum Centre. Passing on their 2105 Best Hip Hop Act crown to the 2015 winners, it was entirely appropriate that Hector Bizerk had the Highland’s very own Spring Break open for them.

Like a politician fessing up to special interests, here this reviewer should admit that he has played onstage with the Break crew, but as they rarely listen to my jibber jabber, I’ll write what the hell I like anyway.

In case you haven’t heard of them, Spring Break are a funky-semi-acoustic hip hop hit machine. Albeit without the hits – yet. Because they have got the hooks and choruses that stick in your head. Tonight sees MC Butterscotch and musical maestro Ben Hesling in new patterned suits; their trademark garnish threads which are attractive and conversely could make a dilated pupil bleed with the psychedelic horror.

points to an even wider sonic palette

Opening with Degenerative Eloquence, their mission statement from their 2015 debut EP, the Breakers led the amassing audience through a fine set with which to kick off the weekend. A few new numbers were premiered, including the Zeppelinesque Rodeo Railroad, which points to an even wider sonic palette than their four-track debut could possibly have promised.

The real star of the show was vocalist Emily Mackinnon who displayed truly astounding vocals throughout. Now, if she can just ramp up her stagecraft to match the formidable presences of her bandmates, then Spring Break will be a fearsome live unit that matches its dynamic recorded output and will take the world by storm.

The live reputation of Glasgow’s Hector Bizerk precedes them. And tonight’s show proves why. A stage filled with multiple rototoms setup and an artist painting on a large canvas during the set? There’s something special going on here, do you see? The Bizerkers are not just a hiphop band, see? It’s no error that their music sounds, at times, like a Captain Beefheart mixed with the groove of a deranged Blondie while playing with the menace and rabid passion of a Rangers-Celtic match. That translates as awesomely talented and entertaining.

Driven by the founding duo of drummer Audrey Tait and rapper Louie, their first show of 2016 gave Inverness a full view of their impressive catalogue – two albums and numerous EPs. Plus we had a few tasters of their impending third album (due to drop in April). Chief among the new tracks is Empty Jackets which Louie introduced as a tribute to certain record company executives who can’t understand his accent. As the band’s motto goes, daewuttheywant.

Doing what they want means they don’t have to please everyone. However, judging from the energized audience, there are plenty of people who love Hector Bizerk. By the double punch finale of Rust Cohle and The Bigger Picture, they had the crowd literally in the palm of their hands, getting them to alternately crouch down and jump up. You don’t often see that kind of stage confidence and choreography.

The band seems like they are bursting to get onto larger stages and own them, yet are entirely at home in smaller venues. If you wanna see ’em up close then catch them this year cos Hector Bizerk are going places – fast.

Catch our photos of the evening.