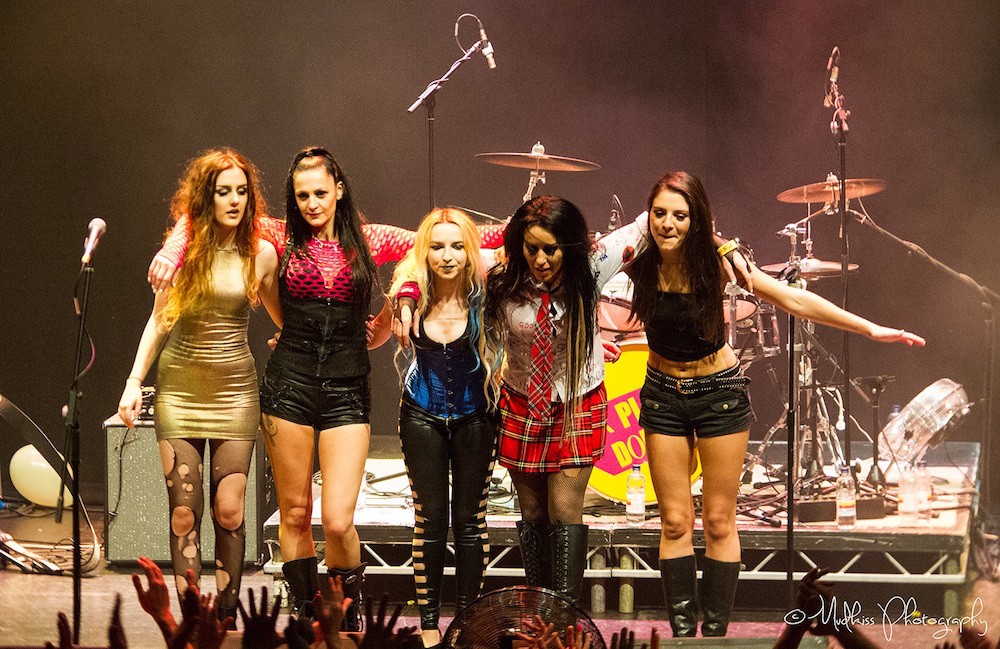 All girl rock band, The Sex Pissed Dolls were formed in the most Rock ‘n’ Roll way; at 3 am after a drunken night out, 2015 saw them play their first tour, appropriately named ‘Never Needed Bollocks Tour’.

Described as “edgy, outrageous and full of energy and attitude”, would (or could) we expect anything else given the band’s name. Certainly inspired by the likes of The Clash, The Ramones, Blondie and The Pistols, Sex Pissed Dolls are keen to put their stamp on the genre.

Unsurprisingly their live set includes a significant amount of punk (and punk influenced) covers including Blondie, The Buzzcocks, The Skids, Sham 69, The Kaiser Chiefs and The Clash.

“you can’t deny they have an entertaining, magnetic appeal, they are all stunning, can play their instruments and perform as if their life depended on it. What’s not to like?”

They are currently recording their own material with Tommy Scott from band Space, with view to releasing their first album later in the year.

Sex Pissed Dolls to play Ironworks, Inverness on the 15th of October, 2016. Tickets available via the Ironworks website.