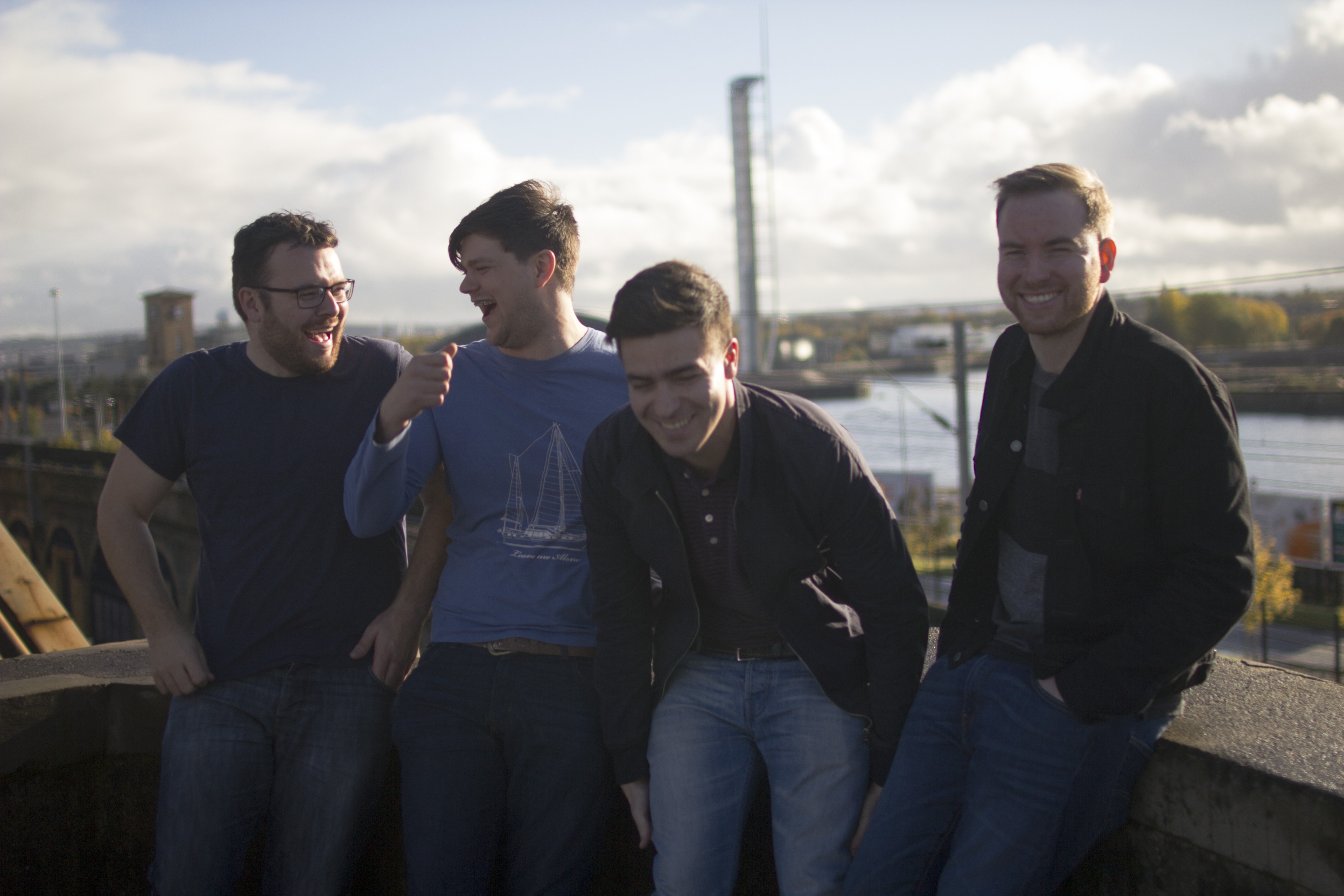 Interview with Niteworks ahead of their slot at Groove Cairngorm.

Praised for their live performances and getting an impressive level of attention on the release of thier debut album, Niteworks are Ruairidh Graham, Allan MacDonald, Christopher Nicolson & Innes Strachan. The band’s fusion of genres which put’s their roots and culture at the heart of the music always piques attention. So we couldn’t miss the opportunity of catching up with the band ahead of the festival.

How did you feel about being invited to play Groove Cairngorm?

We were absolutely delighted to be invited to play Groove Cairngorm. It was great to see Groove take on the black hole left by Rockness in Dores with such success last year and to see them try something that hasn’t been done in the UK before with an apres ski festival is brilliant.

Are you going to get the opportunity to hang around the festival, if so which acts are you looking forward to catching?

We’ve all cleared our diaries for the weekend so we can come and enjoy the whole event. We may even try a bit of skiing, though considering none of us have ski’d for years, if at all, this might not be the best plan before our gig on Saturday evening (Ruairidh, our drummer is terribly accident prone – we once had to cancel a run of gigs after he cricked his neck reaching for a packet of corn flakes from the cupboard!).

We’re all big fans of Hot Chip so looking forward to catching their DJ set on the Friday. The Elephant Session boys always put a good show and we’re happy to see fellow Skyemen, Munroso and Ali McFly, on the bill on Saturday too who’ll be sure to get the party started. We also worked with Lewis from Prides on our album NW which we released last year, so it’ll be good to get a catch up with them after our sets on Saturday.

Skye has a good tradition of mixing electronica with trad Scottish folk, it’s seems like an odd mix but certainly one that seems to work. Why do you think that is?

I think in theory, the two genres are similar in their make up to some degree. In electronic music you have a lot of repetition, similar in trad melodies and in particular pipe music. A lot of gaelic melodies also have a mesmerising, almost hypnotic quality about them, a trait that electronic producers often try to achieve so in that sense, I think they are well suited.

We all like traditional music and electronic music in their own right. The songs or traditional tunes we choose to use, we like in their original form first and foremost so it’s important to us to treat them with respect. The songs or tunes we choose to use, we choose because we think they work well in an electronic setting and that the two elements compliment each other. We’re wary of just throwing together a tune and a beat just for the sake of it.

What do you think of the press response to debut album ‘NW’?

In the whole I think we were pleasantly surprised with the response the album got. I think there is still some bewilderment from music critics to what we’re doing – many probably consider what we do to be quite unusual so to be featured and taken seriously by some of the mainstream press was great.

Described as “one of Scotland’s premier live acts”, what do you think are the key components to putting on a good live show?

I think a good live show has to flow and have a good energy throughout. We try where possible to link tracks in the set similar to that of a DJ set, which we hope keeps the energy and flow of the set going. We like to play with guest vocalists and musicians, changing it up from time to time.

At Groove, we’ll be joined by Donald Macdonald of Sink Ships and a fantastic gaelic vocalist Catriona Watt. A good live show also has to include a drummer who gets out from behind the drum kit to give the crowd some fantastic stage craic. (Get an idea here!)

You’ve announced a few more festivals for 2016, what does the new (ish) year hold for you?

Groove will be our first festival gig since we launched the album last year so we’re really looking forward to getting gigging again. Things start to get busier for us after that but the stand out for us is a home gig in April for Skye Live.

We played there last year and it’s a great festival. Ali and Niall (festival organisers) who are also DJ’ing at Groove, have done a great job with the line-up so it’s shaping up to be a good one. The Highlands are the place to be for festivals! We also hope to get back into the studio to start writing again for album number two. We’ve got a lot of ideas for new material floating about so we’re itching to get back to it.

To make sure you catch Niteworks at Groove Cairngorm on the Saturday the 12th of March you can buy tickets here.