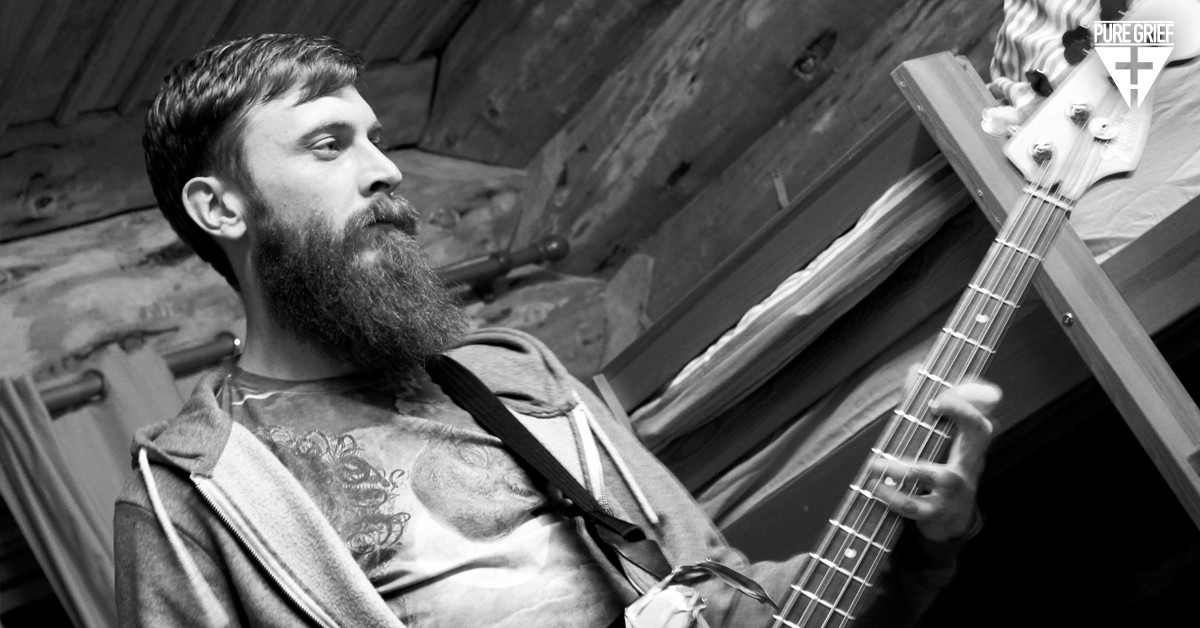 Interview with Peter Bacon and Darren Macleod of Pure Grief.

We made no secret of our love for the near the knuckle humour and music of Cactus & Cardigan who called it a day just before Christmas, but we were delighted to hear that two thirds of the band formed the basis of Pure Grief. So, with Darren Macleod joiner former Cactus & Cardiganers Peter Bacon and Marc Sutherland, Pure Grief offer more than a slightly different proposition to the former band.

‘Pure Grief’ conjures up quite a torturous but perhaps tongue in cheek imagery, where did the name come from?

Peter: We went through a few prospective names, before settling on Pure Grief. We feel it’s important to have a name that doesn’t present an immediate genre connotation. For example, if we went under the moniker of “Decrepit Gore Raven”, there may be a presumption that we were a death metal band.

We didn’t want to pigeon hole ourselves from the off, we’d like to have the freedom to span many, perhaps all of the genres at some point.

Given the Cactus and Cardigan influence (the band share two former members of the band), how do the two bands differ?

Peter: Obviously, with 2/3rds of C&C being part of PG, there is going to be a hint of our previous efforts, but we are trying to take a real departure from that project, be it through the introduction of more melody, or the coverage of a broader range of sound and influence.

Darren: Clearly, I’m the non ex-Cactus member but I was a fan and friends with them previously. This project is lyrically very different but the riffs Pete is writing for the Pure Grief stuff remain as big and bold as before.

Any chance of a Pure Grief reworking of ‘Wank Sock’ (one of the tracks typical of the Cactus & Cardigan approach)?

Darren: Pete and Marc’s ‘Wank Sock’ will remain firmly under their beds.

It’s a generic question but how do you describe Pure Grief in terms of genre and influences?

Peter: I feel like a genre is something that other people decide for you. You just put your stuff out there and see where it falls.

You‘ re playing the home crowd first for your debut, how are you feeling about that and the subsequent other dates?

Peter: We thought the home crowd would be the best Guinea pigs. Sometimes your friends can be your harshest critics. We’re excited to get out and play the tunes and frequent the Wetherspoons.

Darren: We like to live life on the edge and being a “Thurso band” playing in Wick, there’s always the possibility of a bit of a “rumble” before the night’s out.

What are your ambitions for the band?

Darren: My current ambition is to think of a clever answer for this question. I have failed!