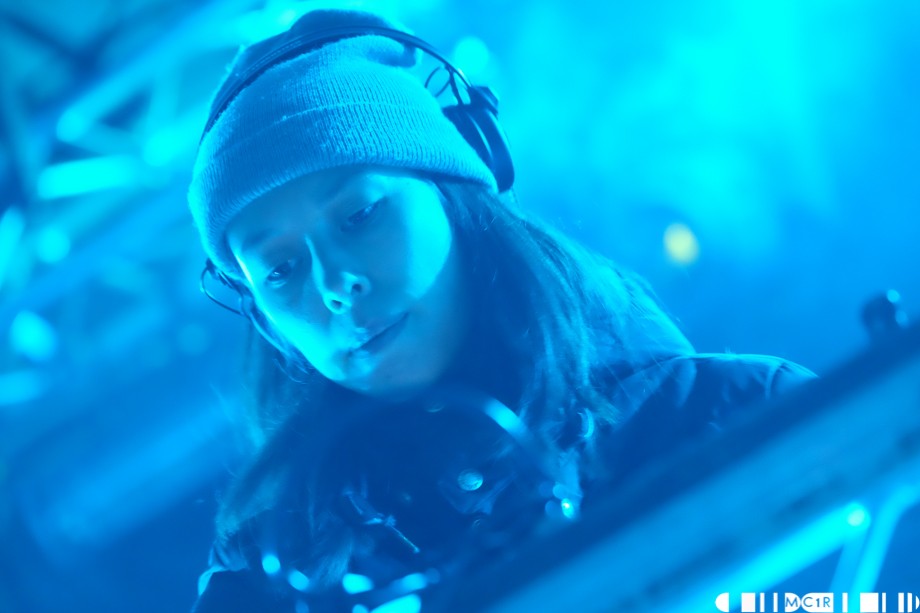 Groove Cairngorm kicked off on Friday 11th March marking the beginning of Scotland’s first ever snow sports festival. Anticipation was high considering the huge success of Groove at Loch Ness during the summer of 2015 however there was also a bit of uncertainty, considering the very different layout of this festival.

The days were split between two major locations: the first being the slopes of the Cairngorm Ski Resort and the second being the Badaguish Outdoor Centre where the après ski event took place. Badaguish, which I commonly associate with team building activities, school trips and midgies made for a fine wee festival arena with the stage being housed in the well sized and acoustically sound sports cage.

As a new festival finding its feet, I thought things ran incredibly smoothly.

With the two major locations for the festival being quite far apart (6.3 miles, google checked) I thought logistically there might be some issues however I can’t fault the transport which was provided, with coaches running all day from Badaguish to the Cairngorm car park and also running from Aviemore. There was also plenty of parking at the Badaguish site so no problems there. As a new festival finding its feet, I thought things ran incredibly smoothly.

The only aspect that I felt may need reconsideration was the running times for the après ski as the music arena was basically empty for the first few music acts starting at 4 o’clock. As the slopes were still open until 5pm, Badaguish only really begun to buzz from 6 onwards which meant several acts played to very small, although enthusiastic, crowds.

The first act on the Badaguish stage was DJ, Clyde Rouge who sadly did play to a small crowd however I feel had the place been packed it would have been bouncing with a bass heavy, atmospheric beats. Clyde Rouge, originally from Elgin is also the brains behind Chief Rouge records. He is releasing a new EP ‘Sweat’ on the 17th and you can also find him playing at OutDores this summer.

Next up were The Elephant Sessions, a bit of an oddity in the dance heavy line up, however a welcome and refreshing dose of neo-trad fun. They played an incredible set mainly made up of songs from their debut album The Elusive Highland Beauty which got several snow boots tapping and salopettes shuffling. At one point they slowed things down for a lovely new song. Three of the members also played at The Ptarmagin restaurant at the top of the mountain on Saturday and were very well received.

Emily Mackinnon’s strong vocals deliver chorus’ that will be in your head for days, believe me.

Spring Break came along to warm up the winter crowd and went down a quirky, slightly psychedelic treat. The local funky hip-hop trio have established themselves as a fun live act, which they lived up to this weekend. They played tracks from their 2015 EP Departure Lounge including The Slouch and Dolphin Puncher, which if you haven’t heard before, is the best (also probably the only) aquatic/anger folk funk track you’ll come across. All three members play a pivotal role in creating their unique sound. Emily Mackinnon’s strong vocals deliver chorus’ that will be in your head for days, believe me.

From one hip hop infused group to another, The LaFontaines cooked up a storm in their usual high-energy manner. Kerr Okan has consistently won my personal ‘front man of the year’ award since 2012 and whether you think a mix of Scottish hip hop with pop-rock choruses is going to be your thing or not, I challenge you not to enjoy watching this band live. They connected with the audience immediately with jokes flying back and forth about their lack of snowsports enthusiasm attributed to their Motherwell roots.

Potentially the most shocking moment of the weekend occurred when they invited one particularly vocal fan on stage and the women preceded to improvise an incredibly sassy, R rated free style rap (of sorts). The place was in stitches and the band maybe got more than they bargained for with their on-stage guest.

The Font boys treated us to a mixture of newer material, some from their debut album Class and older tracks such as Paperchase which goes down well with long term fans. There’s no denying that the band really tightened and established their sound with the Class album but the older tracks have their own slightly rough-around-the-edges quality that still comes across great live. Although we won’t be seeing them on the slopes any time soon, hopefully we’ll be welcoming them back to a Highland stage in the near future.

Friday night’s dj sets were started with Monki and boy, did she get it started well. One of the stand out performances from behind the decks all weekend. Monki’s impeccably constructed set had the crowd jumping even before it was dark. Monki not only played Groove successfully but has been making a name for herself on a national scale, appearing at various BBC Radio 1xtra events. Most notably she has been involved in the #R1dancenight and was signed up in the ‘In New Djs We Trust’ movement.

She gets the crowd jumping wherever she is.

She now has a show on 1xtra and has released an E.P called ‘Monki & friends’ with Red Bull Studios which includes collaborations with Karma Kid, Novelist and Shadow Child amongst others. Finally, to illustrate the quality of Monki she is also the Dj in residence for Annie Mac’s critically acclaimed club night ‘AMP’. She gets the crowd jumping wherever she is.

A bit of a change of atmosphere next for The Cuban Brothers. What a show! Los hermanos from ‘Cuba’ who strangely knew the exact gossip from nearby Alness and Evanton took to the stage in their well-known eccentric personas. The audience was quickly introduced to their unique stage presence and humour when our very own Roddy McKenzie (photographing the event) was told they would be having marital affairs later on that night. Roddy, who is a good sport was shocked as the singer then forcibly made him touch his genitals.

The Cuban Brothers were back at it again. Momentarily putting the chat to the side the group displayed their musical talents as well as their dancing talents. Miguel Mantovani, Archerio Mantovani and Kengo San displayed such perfectly executed routines during each song that the crowd couldn’t help but join in. not only did the hermanos speak of the local gossip consistently through the show but also referenced worldwide events with the song ‘Mike For President’ and I’ve got to say I think they’d perform better in the White House than Donald Trump. Saying that, their outfit choices of lycra would not be suitable at G8 meetings. Joined on stage by a dancer who they described as ‘having been hit with an ugly stick with birth’ their performance evolved into a musical/comedy break dance battle. If you want entertainment and a show you’ll never forget (as I won’t forget the nudity involved) the group will be playing all over the UK including Edinburgh and Glasgow. Vamos friends, they’re undeniable fun and remember to #allowit

Hot Chip are one of the most innovative groups in the world at the moment. Critically acclaimed with various prizes under their belt as well as having been nominated for a Mercury Prize for the album ‘The Warning’ they brought a portion of that talent to Groove with singer/multi-instrumentalist Alexis Taylor and German keyboard player Felix Martin. Formed at the start of the millennium, Hot Chip have been on the scene for a while now which can be seen in the maturity of their set.

Off the back of their 2015 album release ‘Why Make Sense?’ which charted at 13 in the UK Album Charts I’m sure they loved being in the Scottish Highlands for this special festival. Furthermore, playing this intimate festival contrasts to their plans to tour European festivals next summer. The shaggy haired Felix and pocket-rocket Alexis brought a more minimalist feel to the festival contrasting their support acts of Monki and certainly the Cuban Brothers not only in style but in stage presence. The calm and collected duo displayed their expertise in this field and had the crowd dancing too.

The night finished in fine form with their well-crafted and unique set which referenced their band in professionalism and with the iconic bells sound from ‘Over and Over’. The true embodiment of Groove Cairngorm as a festival.

Check out our coverage of the Groove CairnGorm.