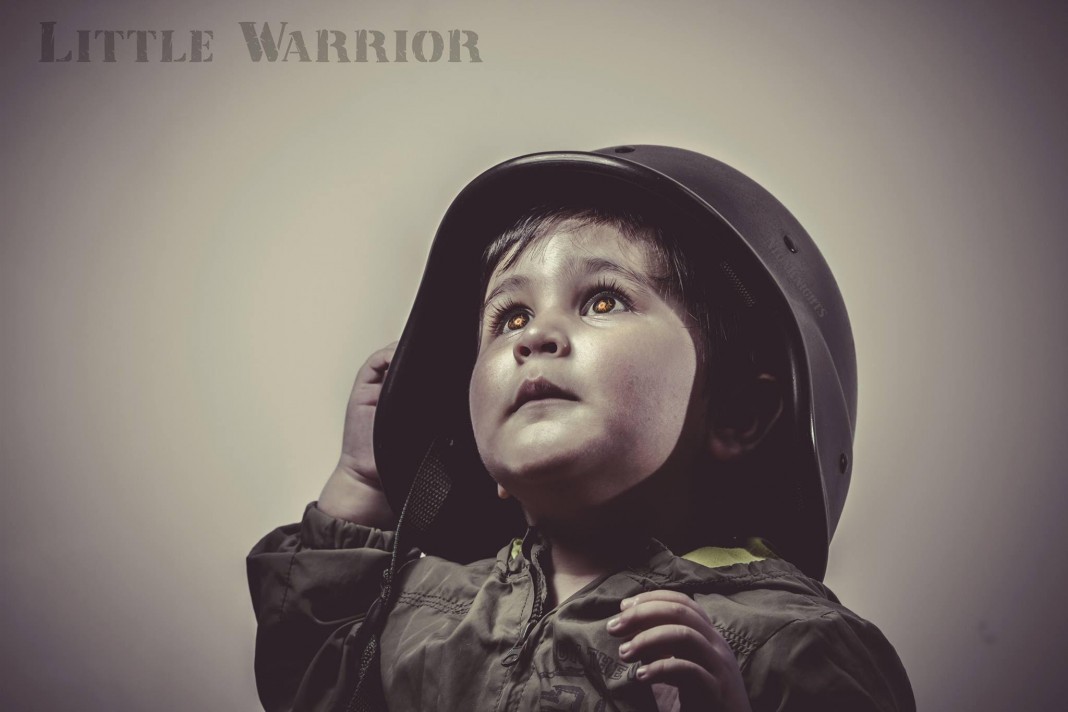 Interview with Neon Knights ahead of the release of latest EP ‘Little Warrior’.

Whilst they have gone through changes in personnel , Neon Knight have been playing as a band for over three years. This year marks the release of ‘Little Warrior’ EP and we have been able to secure an early listen to the track to share with our readers (see the bottom of the interview).

Neon Knights have seen an evolution of the line-up, how does it feel to have a settled line-up now?

I think we are definitely all in agreement in that having a settled line up breeds confidence, everyone is willing to and able to come forth with new ideas for songs which is refreshing and the positive vibes have really been the foundation to this new and improved Neon Knight sound you are about to hear and see.

You have been teasing the new tracks for a while, what can you tell us about the ‘Little Warrior’ EP?

The ‘Little Warrior’ EP is our best sounding EP both in terms of musical arrangement and production.Working with Mark Morrow was an incredible experience, he not only did a stellar job of recording but was very hands on with ideas on how to improve the songs and improve our individual performances.

Nobody, I think hand on heart, was expecting the music to sound as amazing as it does. “Little Warrior” will sound a little different to anything anyone has heard before from Neon Knights but its the more developed and evolved version of Neon Knights. Lewis is quick to add that this is the Neon Knights sound.

In Inverness, there are very few female fronted bands, why do you think that is?

LEWIS – I’m not sure I’ve never really thought about it before; perhaps it could be that a lot of local bands influences have male led vocals? For ‘Neon Knights’ having Lauren as our lead vocalist is not a tactic to make us stand out or be different but it is simply because she is one of the strongest singers in the area and this EP, I think, only backs up my statement.

MARC – I’m really not sure why, but I do think a decent female vocalist can do so much more than even some of the strongest male vocalist in terms of range and tone and this is what Lauren gives us, and you will hear this in abundance on “Little Warrior” and in particular on “You and Me”. Maybe Lewis is right and alot of local bands are influenced by male led acts?

LAUREN – I don’t know! I guess at my age it’s not what most lasses aspire to do. I grew up listening to bands with a strong female presence; like Roxette, Fleetwood Mac, Eurhythmics and the Cranberries; so I guess that was a big influence on me.

How do you measure success of the forthcoming release?

It’s not about wanting to be famous or anything like that but releasing a bloody good EP that people want to listen to time and time again and yes of course we aspire to be playing more regularly in bigger venues to more people and at all the big festivals, we all want that but, we have made an EP which we are all immensely proud of and we hope that shows and carrys us forward.

The band have seen themselves play an amazing array of gigs, what’s been your favourite?

Each member of the band thinks on this for a few moments before giving there on personal response on the question.

LEWIS – My favourite gig has to be the Ironworks last year (Supporting Red Kites) although we have played the Cavern Club this gig meant more emotionally to me. I remember my first gig being Travis at the Ironworks and I said to my friend that one day I’m going to play here someday, to which he turned and laughed. I’ve seen some of my favourite acts play there including Travis & Twin Atlantic and it was a dream come true to play as the same stage as them. It is also the best I have played live I think.

LAUREN – We’ve played some truely amazing places – like the Cavern Club in Liverpool and The Vale in Glasgow, as well as some crackin’ events including the Prince’s Trust up at Bogbain Farm and the First North Hop at Eden Court. but I have to say the night that sticks in my head the most was one gig in The Market Bar, the place was absolutely jumping- like literaly, I thought the floor was going to cave in – and the interaction from the crowd was epic.

MARC – I think we would all agree we have played some top venues and some top events but my favourite place to play is Madhatters, its home and when its busy theres no place I would rather play.

JACK – For me, supporting the Red Kites at the Ironworks.
What do you find are the biggest challenges of trying to make it in the band?
We would be lying if we said there aren’t any challenges. I think we would all agree time management is the big issue, we all obviously have jobs and families that are important to us and sometimes we cannot make every practice or commit to every gig we are offered but its about finding a balance which works not just for us as individuals but also us as a band, and on the whole we do.

What are your favourite local and non-local acts at the moment?

MARC – With regards to local music – What I admire most is the workrate and determination of alot of the local acts at the moment, most notibly Lionel, The Side and Silver Coast. Its great to see their drive and hunger and more importantly they are reaping the benefits of there labour. Its refreshing and certainly inspires me to push forward. My Favourite non-local act at the moment would have to be Fatherson, I have the first album and what has been released of the second album on a constant loop in the car. I would like to think people would hear a little bit of Fatherson in the new material as its definitely been a massive influence on me of recent. I am also a long term lover of Biffy Clyro and can’t wait for the next album…

JACK – Local music I would say The Side and Daniel Gunn. Non Local, Foo Fighters, Audio Slave, Dorje and Streetlight manifesto. Its safe to say my tastes are extensive and eclectic.

LAUREN – Local acts…I actually don’t have a single act! I have been enjoying catching Up and Coming singer/songwriters when I’ve taken a wee trip to Hoots and around. There’s a young lad Logan McGee from Dingwall…I think he’ll be one to watch. Non-local…I like 30 Seconds to Mars, Canterbury and Twin Atlantic.

LEWIS – Haha I love this question as the other band members normally cringe at my response. My favourite no-local act is ‘The 1975’ and am loving the new album. I have also fallen in love again with John Mayer and have been listening a lot to his albums.

However I am going to unleash my inner 9 year old when I go to see Busted at the Hydro (I asked the other members of the band but unfortunately they are SUPER busy that weekend, what are the odds?) in my defence I did see Bryan Adams and Mark Knopfler the 2 previous years so don’t judge me too quickly. Locally I like ‘The Side’ and ‘All So Simple’ it’s bands like that, that push me to be better.

GORDON was not present at the time so the band kindly gave his take on music…. Gord is a massive fan of Aqua (famed for Barbie Girl) and The Spice Girls. He really is a sucker for 90s Pop….

The EP will be released through most on-line retailers on the 28th of March. For more info on the band check out their Facebook page.