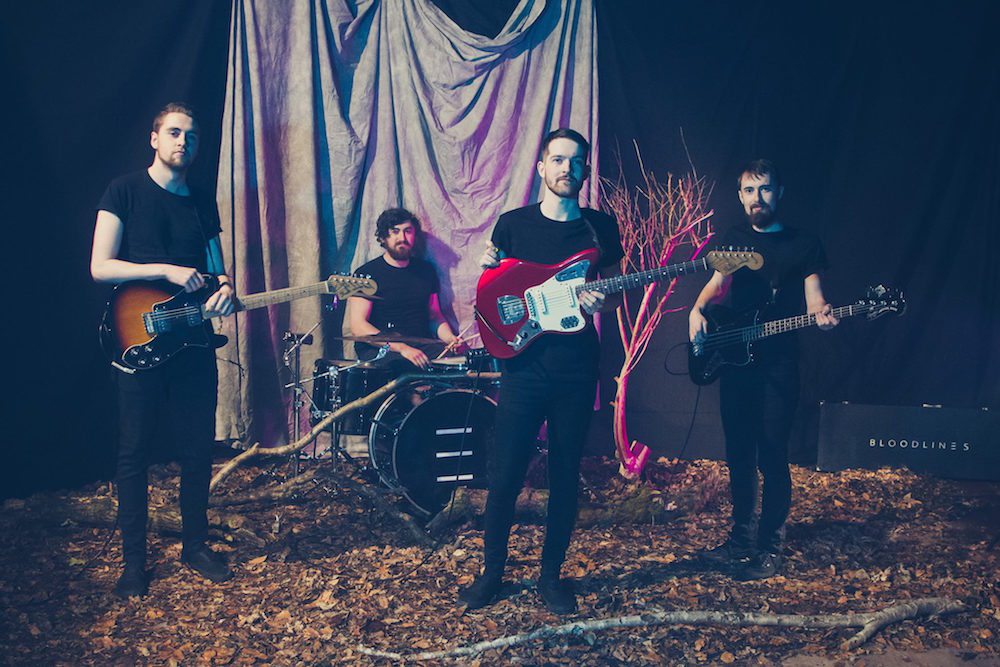 Bloodlines to play Mad Hatters in May to promote the launch of new video.

The (mostly) Glasgow based Bloodlines  may have had a personnel change since we last caught up with them, but that has not stopped the momentum of the four piece who have drawn similarities to Biffy Clyro , Fatherson and Twin Atlantic.

The new music video for ‘Skeletons’ has, perhaps unsurprisingly, an everso slightly sinister side; “The track is on the vague theme of having a dark side that you try to hide from other people and the video just plays off of that” said the band when they were kind enough to answer a few questions for us, adding  “The whole video idea was created by Matt Liengie Photography and all complements can be aimed at him and our star Kirsty.”

There are of course obvious challenges with balancing ambition with financial restriction although Bloodlines found themselves in a fortunate situation; “We’ve been in a really nice position recently where 3 or 4 videographers have been keen to work with us (some which we approached, some that approached us), and the decision to work with Matt was the right call. We’ve not been too stingy with this video. We’re proud of the track and so the video costs what it costs. Matt however has been fantastic and has done the video for an incredible rate.. Good bloke.”

With an XpoNorth slot already announced for Bloodlines returning to getting new material together is very much on the agenda; “After this singles out we’re hoping to get to work to write our next EP and looking at shows. We feel like we’re on a really good streak of shows recently with every single one excelling our expectations and we’re hoping that to continue. We love the ability to colab with artists such as Matt so we’re hoping to build a relationship here too as audio/visual integration can take a product to the next level of immersion.”

Bloodlines to play Mad Hatters on the 7th of May, with support from Ernest Rambles. (Early show from 8pm)