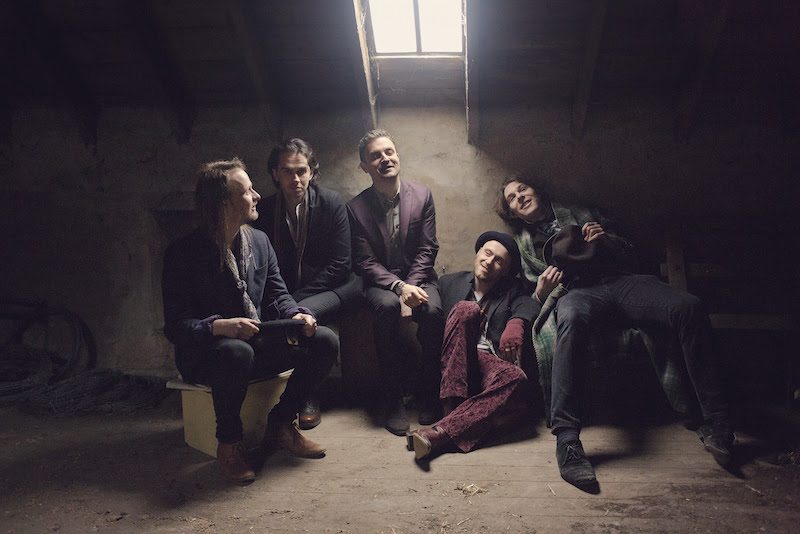 Formerly known as  Anderson, McGinty, Webster, Ward and Fisher (and variations thereof) the band’s recent change of name is taken from a confluence of roads in the band’s hometown of Dundee.  Producer Matt Lawrence allowed the band to capture the essence of what makes the music special, distilling not only the foam and the energy, but also the eeriness and otherness that sits at the heart of their sound.

With hundreds of gigs already chalked up, and the schedule for 2016 filling fast, there’s no reason to doubt their commitment. The highlight for the band is undoubtedly their much anticipated gig at London’s VIP Club- The Groucho on Tuesday 17th May. This is followed by a run of Scottish dates in Inverness, Aberdeen, Dundee and Glasgow.

The Inverness gig at Mad Hatters will be a welcome return to the city by the group. Sets in their former guise at Bogbain and Belladrum (for example) were enthusiastically received and they seem to have garnered a passionate local following.

The album’s lead single ‘Fayre’ is energetic and cheerful, with an uplifting tone. Vocalist, David Webster, manages to highlight the incredible ability to his vocal range and it’s clear to see the amount of talent that Sinderins have is extraordinary.

Impressively, on ‘Fayre’, Webster hits and sustains a high note across four bars. Reportedly initial attempts to record this fell short so, channelling something he had read about Thom Yorke leaping into a fjord, Webster asked his band mates to douse him in ice water before he ran to the mic.  That first take is the one that was used on the final record.

With ‘Fayre’ the band have created something that draws on tradition; the tradition of the Folk scene and on their own personal histories. It is where ideas, techniques, traditions and friends – old and new – come together.

‘Fayre’ will be available at all the usual places from 13th May with the album to drop on June 24th 2016. They play Mad Hatters on the 22nd of June.

Tickets on sale Wednesday 18th of May at 9 am from www.hootanannyinverness.co.uk