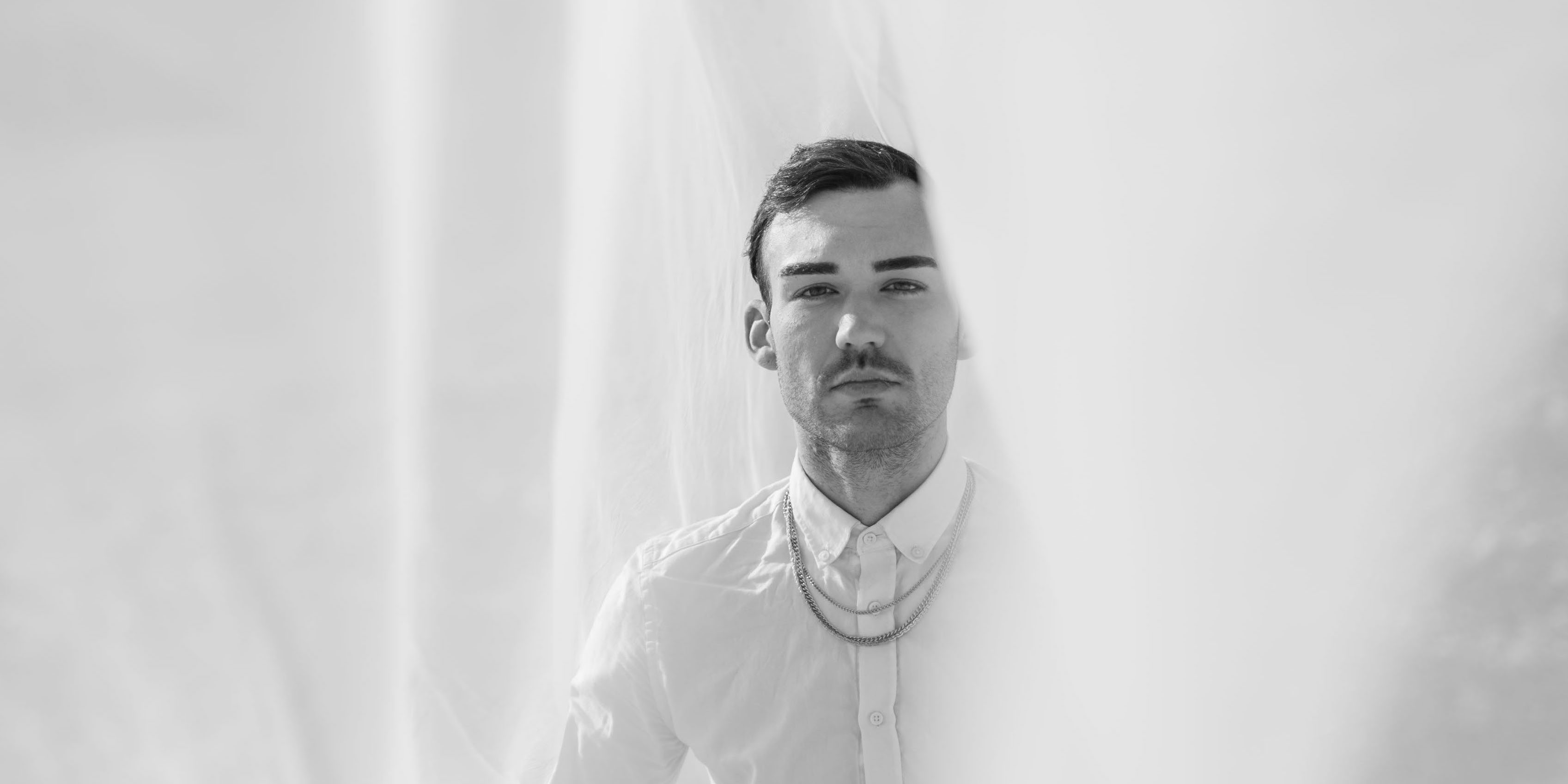 XpoNorth, utilising their relationship with Excite, have brought an impressive array of talent to the Inverness based event in the past, including Pale Honey, The Bongo Club and Protection Patrol Pinkerton. This year XpoNorth will showcase several European acts and we have been lucky enough to catch up with FOXOS who will be performing on the Inverness Gigs stage.

Who are you? And what do you do?

I am FOXOS, a singer, songwriter and producer from Hannover, Germany. I started working on this project around two years ago and have released two EPs since then, the second and latest one, ‘Polar‘ was out in December 2015. In my tracks, I combine electronic sounds, beats and various acoustic instruments to create my very own world and sonic landscapes.

In an article from Prescription PR about standing out from the crowd, the advice was put into three categories; Sound  Different, Look Different and Position Yourself Differently. What do you think about this advice? And what makes you stand out?

To be honest, for me to stand out or being different in any way is not so important. What counts is, that the music and soundscapes you create, are honest, authentic and just what you really want to do. I strongly believe that only with these requirements you have a chance to be succesful – however you want to describe being succesful for your own. Of course it helps to get attention, when you look, sound and position yourself different.

But that only works, if you’re still yourself and believe in what you do without playing a role or putting yourself in a hardly designed concept without having a passion for the music and without having soul. I love to create a special world on stage and for the audience, with lights, soundscapes and less words but more music.

In the time of your musical career so far what is your biggest achievement so far?

I think the biggest achievement so far is the great support-tour I played for ‚Feuerwerk der Turnkunst‘. I got the chance to play my own original music for Europe’s biggest and most succesful acrobatic-show in the largest event-arenas in Germany. It was amazing to have such a big audience and it was an unbelievable to perform together with worldstars in acrobatics.

I’m even more excited that I get the chance to do that again next year. Because of the beautiful experiences we had last year, the wonderful feedback from the audiences and the unique feeling of combining live music and acrobatics, the promoters and I decided to come together once again.

From the strong level of honesty on your Facebook page it has been a difficult time for everyone involved in the band, what have you taken from the decision to go it alone with FOXOS?

The project FOXOS was and will always be in a constant development and coherent progress. I started as a solo artist in 2013. After a year of working together with Jonas, we decided to continue as a duo because it felt right. We had a great time together and there is not only one thing to regret. But everybody grows up. And everybody is changing views on specific things. And first and foremost every artist develops in his own way. So a few weeks ago in early 2016, we were both facing each other with different dreams concerning our musical careers in general.

We discussed it for a long time, if there is a chance to keep on going together but in the end, it was the right decision to separate in a few areas of the project. Jonas will still be a part of the project, because we will continue our work in the studio. FOXOS only grew up the way we feel it had to. So what I or both of us have taken from that decision is, that we go on with our musical careers how we feel it is the best way for us.

How do you think the changes and experiences of this year will effect your planned album ‚ ‘Moonwolves’?

I think that I can really focus and concentrate on the work in the studio. The canceled tour was a big shock for us and our small but gorgeous fanbase in Germany, but in the same time it gave me some weeks to be really creative and to work alone and without pressure in the studio. I got a really specific idea of how I want the album to sound.

How do you feel about playing at XpoNorth and indeed playing the UK for the first time?

I am really nervous but also really happy about it! I have always wanted to play a show in the UK, so for me it is kind of a dream coming true. I’m really interested in how the audience is maybe different of the audiences we had in Germany so far. I think the world of UK’s music scene and industry and almost each of my musical role model is an artist from the UK.

You’ll be asked a million times, so let’s ask once more :), if you have the opportunity, what other acts are you looking forward to catching at XpoNorth and why?

I can’t tell a specific act but I want to catch as much as I possibly can! I will be in Inverness for the whole festival and enjoy a great week in Scotland.

FOXOS plays the Inverness Gigs Stage at Hootanannys on the 8th of June at 9pm.

Make sure to see our XpoNorth page.