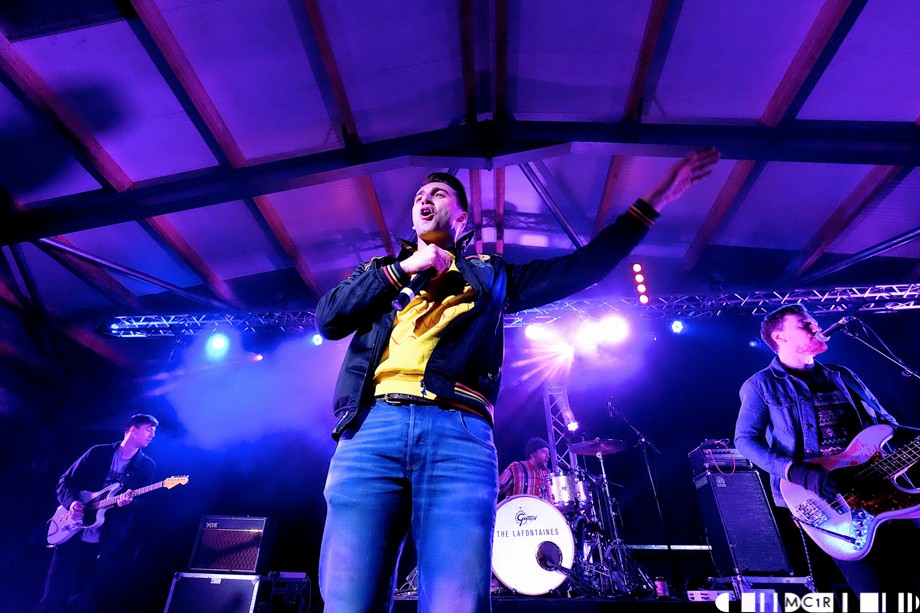 We look at some of our recommended acts of Brew at the Bog 2016.

It is always with some intrepedation that we consider “picks” of any festival who do we pick ? what level acts do we include? do we go for well fancied acts where the buzz is well documented? or decide ,as we have done, to go for a selection of acts some newer some old, some from the area some not.

Regardless Brew at the Bog have stepped up this year it truly is a festival to behold, so if you want to be pointed in a direction have a look below. If not there is nothing to see here, move along…

Perhaps ,for some, “Class” did not get the recognition that the debut album well and truly deserved on it’s release, but there is no denying the charismatic affect of Kerr Okan, the entertaining PR machine behind the band (from viral hits on YouTube to incursions with a James Bond via ) and the relentless barrage of top notch tunes.

But it is live where they truly are an unstoppable proposition as exampled in 2012 when we caught them headlining the first night of BFest and Club Fontaine at The Classic Grand the year after is clearly the stuff of legend.

Headlining Day 1 of Brew at the Bog, you will jump.

Ross Wilson writes memorable lyrics paired with beautiful melodies. I was so pleased when he finally made a trip north, last caught him at the Northern Roots event at Eden Court Theatre.

One of those acts that makes me want to put the camera down and really tune in. Indie folk – or whatever you want to call it – immersive and enchanting, you wont want to leave and you will buy the t-shirt.

Blue Rose Code play Brew at the Bog on the Saturday.

Wether you opt for Louder than War description, of the band as “rap-soul-punk-funk-grunge crossover” or the band’s own; “baffling grunge soul music with a dollop of psychedelic dystopian elbowgrease and a pinch of gutterock utopian poetry”, The Girobabies offer up something different. Led by well know poet McG they are renowned for their live shows as much as their thought provoking tunes. Perfect festival fayre.

The Girobabies play Brew at the Bog on the Saturday.

In their former guise as ‘Life on Standby’ are one to go and see if you like high octane rock tunes. We caught them last year at Brew at The Bog where they impressed us with a blistering performance.

Singer Erin Donnachie is a force of nature and gives the likes of Lzzy Hale from Halestorm a run for her money. Their latest release ‘Say My Name’ continues the format started as ‘Life on Standby’ and they should prove to be a good draw for the punters at Brew who like their guitars good and loud.

Banshee play Brew at the Bog on Friday.

The lure of blues at any festival is a tempting indulgence a respite from the normal chaos of festival fervour. There is a queue of plaudits for Andy Gunn and Co. and the release of “Miracle Of Healing” have cemented their status on a national basis.The Andy Gunn Band are the sole representatives of the genre at the event and we are sure they will impress.

The Andy Gunn Band will bring the blues to Brew at the Bog on the Friday.

We first saw Jacob and Rory Green playing at Belladrum a few years in association with mentoring scheme Music Plus.Although finding their feet, it was clear at the time that the boys had the foundations of something really good. They have a great indie folk sound influenced by their passion and knowledge of Scottish traditional music and brought together by their use of both an accordion and guitar amalgamated with vocals from Rory Green.

They have really solidified their sound with the release of EP Bring the Witch Doctor made with Hit The Fan Records. Earlier this week the boys shared a great new song For The Wild on their Facebook page which we hope they’ll bring to the stage next weekend.

You can catch JR Green on Saturday.

Adam Holmes is another act with his roots in the Scottish traditional music scene but again, with his own something special. I could recommend going to see Adam purely on the basis that his voice is truly beautiful. His deep voice brings a sombre and sincere mood to his songs.

Holmes’ debut album Heirs and Graces was nominated for the Scottish Album of the Year in 2014 and I find each track to be a real gem. Adam Holmes and the Embers have a new album which will be released on the 10th of June, so Brew will provide a perfect opportunity to treat us to some of the new material (I hope).

You can catch Adam Holmes on Saturday at Brew at the Bog.

Tickets are still available for the festival here.