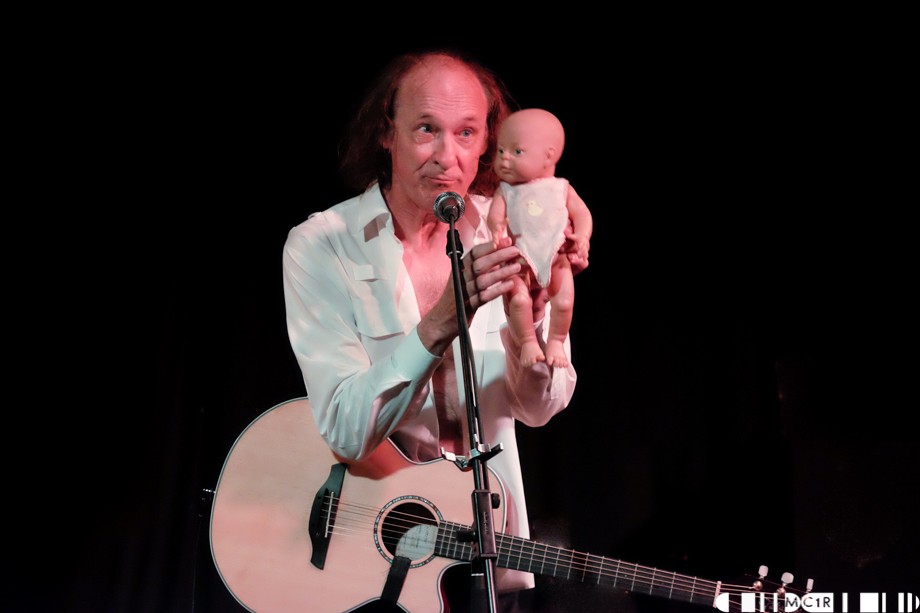 He comes back to Inverness a year after one of the most bizarre/entertaining/life-affirming (delete as appropriate), Rock N Roll’s greatest failure returns to Inverness. We couldn’t manage to come up with words to fully do the show justice but have a look at the photos of the gig.

In all fairness if someone could make a success at being a failure, Otway could and does, again and again. From seriously damaging himself during The Old Whistle Test to a failed round the world tour, he fails fantastically and his fans love him for it.

There is something magically charismatic about Otway who has managed chart success, acknowledgement for his song writing “talents” and even his film was voted the second best movie of 2013 by the readers of The Guardian.

This year has seen Otway engage in a Kickstarter campaign that earned four times it’s initial goal and as a result will fund him to record an album of wholly original material in the Caribbean Island of Montserrat.

John Otway to play Mad Hatters on the 14th of August. Help the website buy your tickets for John Otway here.