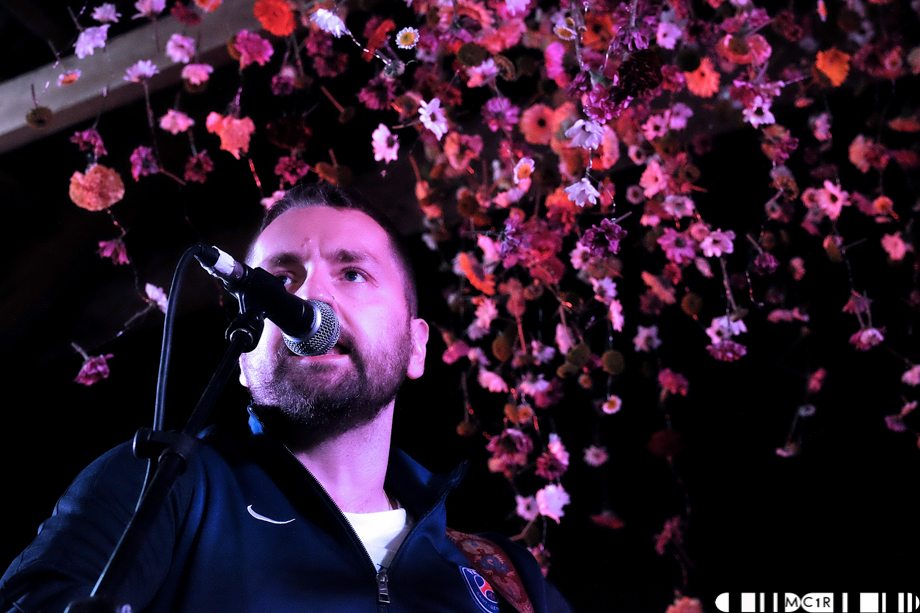 Day Two of Northern Roots Stage at Brew at the Bog 2016. A review.

The most exciting traditional band I saw on the Northern Roots stage this weekend was a three piece Canadian band, Vishten. The band is made up of sisters Emmanuelle and Pastelle Leblanc and Pascal Miousse and between the three of them, they are capable of playing 14 instrument and constantly switch between them during their set. The trio are Canadian but more specifically, the Leblanc sisters are from Prince Edward Island and Pascal is from Magdalen Island where french is readily spoken but there were also once many Scottish settlers.

They have a rich and diverse culture which shines through in their music. With all three having ancestors linked to the first colonial settlers of these islands, it is clear that the traditions that inspire their song writing and close to the heart and this ethenticity coupled with pure talent and passion is what made their performance so great. I would hazzard a guess and say that they are the band that had travelled the furthest over the weekend to play for us and they were gratefully recieved at Brew.

One of the acts I was most looking forward to catching this weekend was Blue Rose Code. Last time, I saw Ross Wilson on stage, he described Blue Rose Code as ‘as Scottish as haggis and heart disease’ and not much has changed in that respect. His beautiful melodic voice tells personal tales of his love of Scotland and the Highlands (placenames like Ullapool and Torridon featuring in his songs) but also his love/hate relationship with his hometown, Edinburgh.

Generally sitting on the more morose side of things, his lyrics are maybe not upbeat in the typical festival fashion but they are touching and true. At one point Ross promised that he would lighten things up a little before going on to sing a song about alcoholism. The set included work spanning several albums including this stunning album released earlier this year titled And Lo! The Bird is on the Wing. Possibly one of those acts that you really want a seat more substantial than a hay bail to really sit back and appreciate but it was a great set just the same.

If the Northern Roots stage teaches you anything, it is the impressive variations that exist between all solo artists with guitars out there. It might just seem like another man with a guitar but they’re all bring something new to the table. I named Adam Holmes as my ‘one to watch’ this weekend, having seen him before and been absolutely stopped in my tracks by his voice. Deep, a little husky but also soothing and soft, it’s hard to describe but many people are describing Holmes as the most exciting up and coming name in Scottish folk.

I would say given by the crowd of giddy ladies that seemed to make up the front row that he’s become popular for other reasons also. His 2014 album Heirs and Graces was nominated for the Scottish Album of the Year, a huge achievement alongside bands such as Biffy Clyro. He played several tracks from the album including the first song he ever wrote I Can’t Be Right. It’s hard to believe that something so touching and tinged with heartache was written at such a young age. The new album Brighter Still will be released on June 10th and I will definitely be picking up a copy.

The busiest, most bouncing crowd of the festival gathered for Blazin’ Fiddles on Saturday night. So much so that by the time I’d queued for my pizza, I couldn’t actually get into the barn or near the door so appreciated part of the truly blazin’ performance from a distance. The six piece band were truly on fire and the crowd were lapping it up, I could just see the wonderful Anna Massie’s head bobbing away. Hats off to Bruce Macgregor for not only keeping things at the festival running smoothly but bringing the Blazin Fiddles in for such a spirited performance.