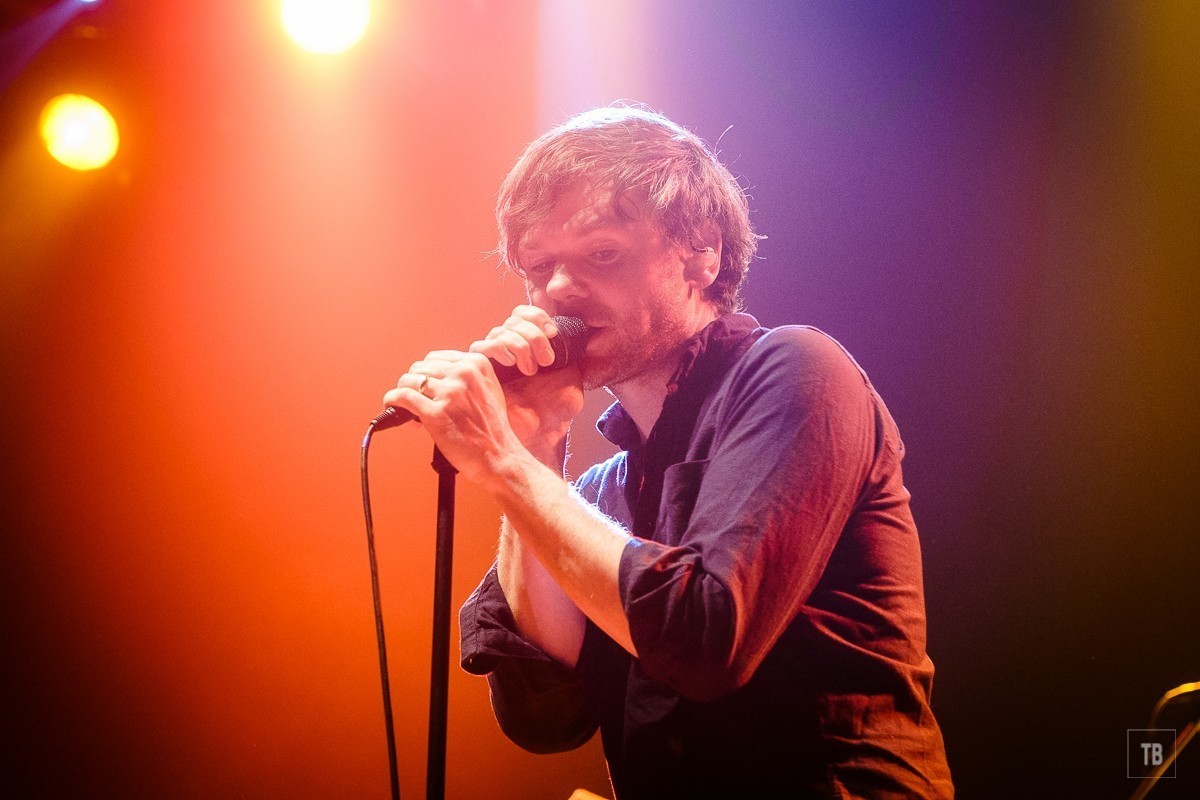 Saturday at Brew at the Bog 2016 saw many more revellers appearing fresh on Saturday morning and much more in the way of sunshine. An excellent combination! The main stage square turned into a sun bathing arena as well as hosting many more great bands on stage, leading to a chilled and summery atmosphere that is rare in the Highlands.

The first act I caught on the main stage were The Little Kicks. Q Magazine once featured The Little Kicks in an article titled ‘10 Scottish bands you might not have heard of but should have’ and that’s how I feel after watching them for the first time this weekend. They are a four piece band originally from Aberdeen with a strong electro indie sound. After releasing three studio albums they have a really well established, tight sound which translates really well into their live performance. They are one of the several acts playing over the weekend who will also be playing at Xpo North.

Having listened to Kloe online before the festival a bit I thought she was a decent pop singer taking influence from acts such as major lazor and her popularity seemed to suggest that this would translate to the live setting. Unfortunately her appeal seemed to be centred solely around image and whilst her songs are catchy and stick in your head quite quickly her performance on the day did not do them justice at all.

Spring Break hit the main stage as the afternoon sunlight hit its peak and the sunglasses were needed for both the weather and the psychedlic suit choices of the local funky hip hop band. This weekend they were joined on stage by two additional musicians, a percussionist and bassist to back up their already impressive sound. They played songs from the 2015 EP Departure Lounge including my personal favourite, Dolphin Puncher but also some interesting new additions, including a funky cover of Taylor Swift’s Shake it Off. A surprising choice for the popular trio.

C Duncan has the look of a man you would meet at a drinks party and would be so sickenly polite you wouldn’t be able to find any reason whatsoever to dislike him. His music is similar in the way that you cannot not like it. It’s stunning harmonies, melodic accompaniment and general serenity is the reason his album ‘Architect’ has been nominated for the Scottish Album of the Year Award AND the Mercury Prize. Listening to the album one feels like you are being cradled into a pure relaxing state which was further emphasised by the beautiful setting of Brew at the Bog.

Coming from a musical background with both his parenting being classical musicians and having studied at the Royal Scottish Academy of Music and Drama his skill is obvious. With support coming from all over the music scene including people like Annie Mac and basically every single person in the BBC Radio 6 Music building it’s a wonder that C Duncan only held the third from top spot at Brew. Considering that his live performance was to beautifully put together and sounded just like the album I’d say C Duncan is deserving of every accolade that comes his way. He definitely is as special as all of the other Scottish bands such as Young Fathers, Django Django and King Creosote that have received the same critical acclaim.

Although, made up of former members of Kassidy I feel like this should be the last time it’s said. This band has nothing to do with it and has forged its own sound and journey. WHITE are on a roll and nothing will stop them at this rate. With a sound similar to Byran Ferry and the fantastic Roxy Music their music and performance are like living in a modern 1980s. Formed out of a project guitarist Hamish Fingland was working on where he invited guests to write very different songs WHITE have created a niche style that has done nothing but hit accord with everyone.

Considering the relatively recent formation and the magnitude of their up and coming tour there is no doubt that people love them. Not only is their tour reaching every corner of Britain but the band are also set to tour internationally in Belgium and Holland. While chatting to Hamish he stated that there is something very special going on in Glasgow at the moment mentioning. Although only mentioning other acts as being part of this Glasgow music movement it has to be said that WHITE are the definitely the big boys of it. WHITE are electric, sublime and a complete triumph.

One of Scotland’s top rock bands headlined the Saturday night of Brew at the Bog 2016. To emphasise the calibre of Idlewild you have to remember that at last new years they supported Biffy Clyro in Princes Street Gardens at a sold out Hogmanay event. Idlewild have seen consistent success with their music as well as their frontman Roddy Woomble also launching a successful solo career. The band that brought you classic songs such as ‘You Held the World in Your Arms’ launched a new album last year and toured the UK with dates at the famous KOKO in London and the Barrowlands in Glasgow. As well as this they embarked on a tour of California but the Highlands will always be special for the band. Their critically acclaimed album ‘The Remote Part’ was written when the band moved to the Highlands. This album reached number three in the album charts and the single ‘You Held The World In Your Arms’ reached a staggering number nine in the UK charts.

This success was seen as a large portion of the crowd was bunched up against the barrier singing along to every lyric that came out of Roddy’s mouth. Their set created a spark that no other band this year managed at Brew with Idlewild being the only band coming back on stage for an encore after being encouraged with the typical ‘one more tune’ chant. I know that ‘A Remote Part’ was something i loved when I was younger and now listening back to it i still do along with ‘Everything Ever Written’ their 2015 album. The next steps for Idlewild is that of playing the Kelvingrove Bandstand supported by the magical C Duncan. If that’s not a must go then I don’t know what is!