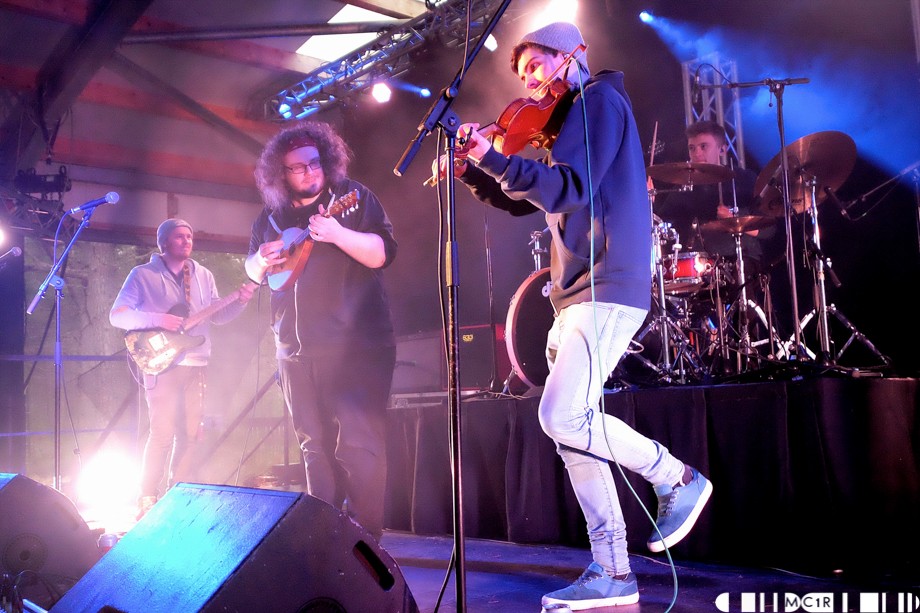 An interview with Euan Smillie and Alasdair Taylor of The Elephant Sessions.

The success of the self defined “neo-trad” Highland based band is well documented and despite the gist of the well known idiom, The Elephant Sessions are certainly being talked about.

Wether that is due to past endeavours including the praise for their debut album and the Scots Trad award or because of their impressive array of summer dates taking them to the biggest festival in the UK via European date and even managing a homecoming gig on the MainStage at Belladrum 2016.

We caught up with Euan and Alasdair prior to travelling down to Glastonbury and were fortunate enough to ask them a few questions;

Being asked to play at Glastonbury, how did the opportunity come about, and how do you feel about sharing a stage with the likes of Newton Faulkner and KT Tunstall?

To be honest, we never thought we’d get an opportunity like this. We met the booker for the Avalon stage last year and he came to see us a couple of times before giving us the nod for Glastonbury.

None of us have ever been to the festival before so we can’t wait and to share the stage with such big names is a real privilege for us.

You were named the ‘Up and Coming Act of the Year’ by the Scots Trad Awards in 2014, how important was this in the band’s development, and which bands do you consider “one’s to watch” in your genre now?

It was a real shock but it meant a lot to us to win the award and it’s been a real boost to the band in getting exposure and our name out there.

There’s so many great up and coming bands just now that it’s hard to pick just one or two. We seem to come across a new favourite every festival we play!

How do you explain the impressive success of the band?

We’ve worked hard over the last couple of years to write music that we love to play and there’s no better feeling than seeing a crowd jumping around to it.

Apart from Glastonbury what other gigs are you looking forward to playing this year?

We’re really excited to be doing two home gigs this summer, The Stables in Cromarty on July 1st and a return to Belladrum with a main stage slot as well.

We’re also heading to Tønder Festival in Denmark and Looe Festival in Cornwall, the stage is on a beach!! Should be a fun summer.

For a newcomer to the band’s music which tracks would you recommend that someone listens to and why?

A crowd favourite seems to be our track ‘Ainya’s’. It is the opening track on our debut album and it’s one you can dance around to.

What are your plans for a follow up to ‘The Elusive Highland Beauty‘? How are you going to address the “difficult second album syndrome”?

We are currently finishing off writing the new album at the moment and recording starts in August. We’ve trialled a couple of the new tracks at recent festivals so listen out if you come to one of our gigs!

We’ve had a lot of fun the last few weeks writing material and trying out new ideas, we can’t wait to get out there and play them all.

Check out The Elephant Sessions via their website including information on their forthcoming gigs.