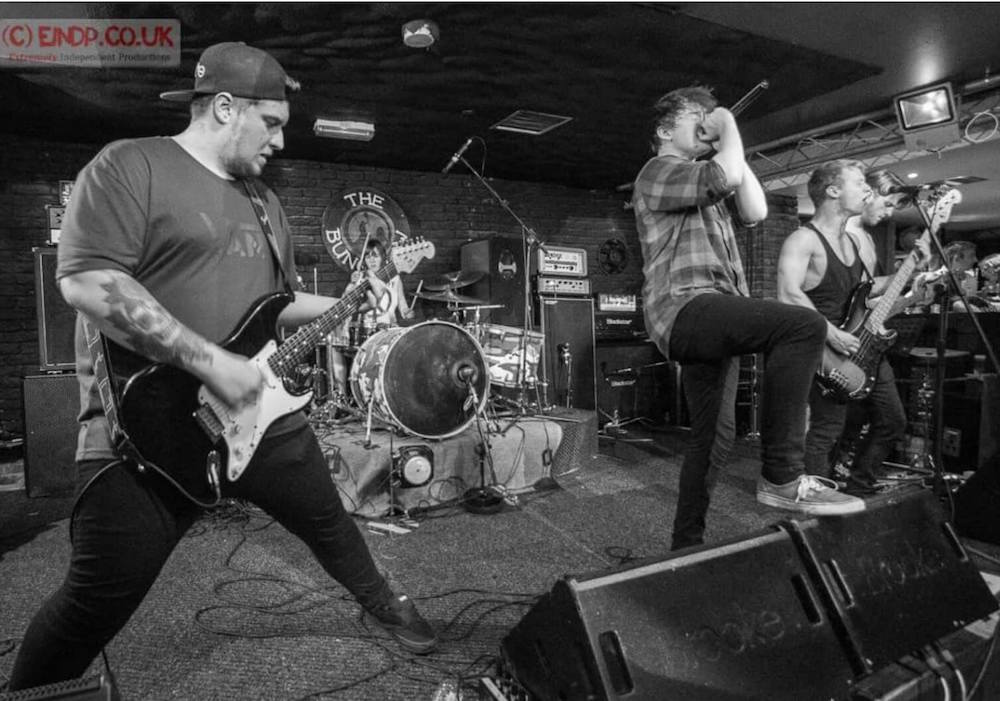 Support for the evening came from Neon Knights with the blend of modern country pop sounds they managed the occasional issue, in particular a last minute change of stage time. The melodies are coming along and new cover ‘Wake Up Call’ by Nothing but Thieves fits in seamlessly.

Anyone unaware of the headliners may have been misled by the support and the chilled out reggae music that bridged the gap between live acts. From the North of England Black Nevada are a high-octane five piece rock-band who from the beginning of their set hit the ground running at a relentless pace that continues throughout out their set.

At the roots of the band are a group that are in their fifth year and whilst personnel changes can be noted, and almost obligatory, there is no denying the band’s cohesion. Or passion. This is straight to your soul honest to goodness rock, albeit in it’s contemporary guise, as it should be grabbing your attention and not letting go.

Frontman Jordan Bailey charms and impresses in equal qualities, he makes full use of the space on the floor and the wireless mic occasionally joined by Jonny Moor on bass.

This was the last gig of eight that had been squeezed into nine days and whilst Jordan is keen to impress the impact of this on his voice and performance, it is unnoticeable to an untrained ear.

Given Inverness has a strong rock scene, it is perhaps disappointing that the audience was not as could have been expected, but that’s a discussion for another day. Black Nevada , without doubt, stand out and their brand of rock will win through.

Next on their agenda is the official launch of six track EP ‘Fragments’ on the 30th of July at Newcastle’s 02 Academy. Follow the band via Facebook.

And do your self a favour and check out their most recent video, ‘Broken’;