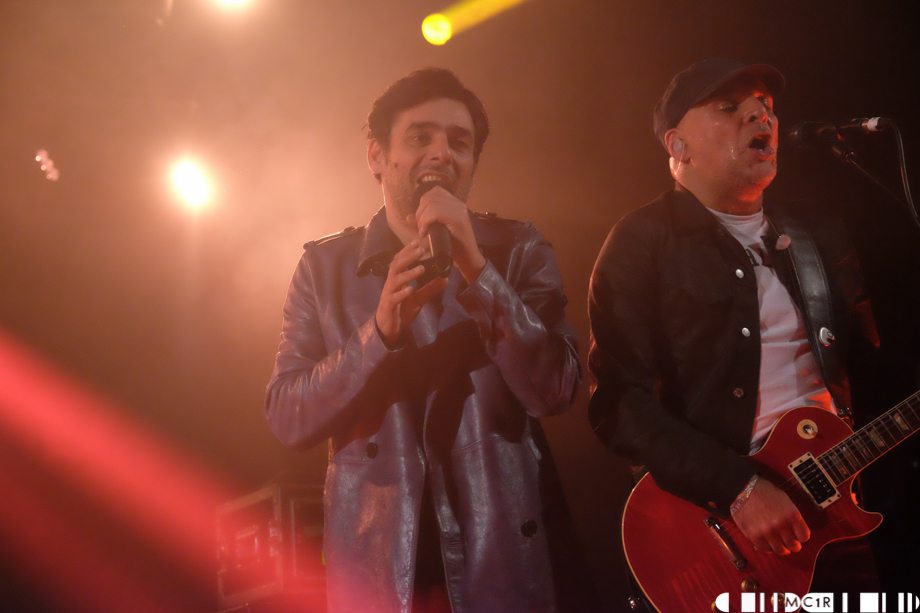 Interview with Dante Gizzi of GUN ahead of their Belladrum 2016 appearance.

GUN have evolved since their formation in 1987, breaks and personnel changes have helped keep the vitality of the Glaswegian rock band. A band that have indeed reached the heights wether it’s the commercial success of the likes ‘Better Days’ and ‘Word Up’ or supporting The Rolling Stones.

Yet they manage to balance nostalgia with a contemporary context, perfectly shown the last time we saw them at Loopallu 2015. Indeed   Rock ‘N’ Load described the band’s most recent LP ‘Frantic’ as “a triumphant album that should, if everything was fair in the world, propel GUN back to the heights of their heyday.”

We caught up with Dante ahead of their return to the festival;

IGigs – Despite the band nearly reaching 3 decades, you have talked about the need for GUN to stay contemporary, how difficult is it to consciously do this?

Dante – I wouldn’t say it’s a need as in its probably much more of a want. From day one we have always been a band that get a real buzz from listening to new stuff out there. The importance of being contemporary isn’t  something we adhere to as I feel it’s just more of a natural process to be influenced with what’s happening sonically.

IGigs –  With Tim Peake, you literally have fans in high up (or at least have been in high up) places, who are your other famous fans that you know of?

Dante – Ha Ha yeah there has been a few. Steve Harris from Iron Maiden is a huge fan to the extent his daughter also a singer covers Steal Your Fire in her set. Jon Bon Jovi, Mick Jagger, Pamela Anderson & Milla Jovovich to name but a few.

IGigs – Life as a Glasgow rock band just starting off now ,compared to when GUN started, is so very different, do you keep an eye on new and emerging rock bands and if so what bands catch your eye and what makes them stand out?

Dante – To be honest there aren’t as many Scottish rock bands that have emerged I have to say. It is a very different world musically to when we first started out. There are obviously a lot of dance/indie acts that are doing well such as Churches & Calvin Harris but sadly there’s not enough raw talent coming through.

IGigs – The recollections of your experiences , touring with The Rolling Stones seem equally impressive and surreal, how do you describe the journey that you have had with GUN and what would be your dream gig now?

Dante – We feel extremely fortunate to have played so many incredible shows and long may it continue. The Stones was very surreal as I was just a kid at the time. I may have been a little bit naive as I didn’t truly acknowledge we where playing with the biggest rocknroll band in the world as I was only seventeen. There are a few gigs that I would love to play, probably Madison Square Gardens would be up there along with Lollapalooza.

IGigs – As a band what are the challenges and advantages of playing festivals compared to other live gigs?

Dante – I truly believe that you have to approach a festival differently compared to your own shows. You can’t be precious about what you play. I’ve seen bands perform at festivals refusing to play ‘the hits’ as they want to play new material. I don’t think that’s right you must give an audience what they want especially as not all festival goers are there to see you. It has to be a party feel and that’s exactly what we like to bring to a festival show.

IGigs – Having played Rockness and Loopallu previously, what’s attracted to you to playing Belladrum this year?

Dante – I think we got offered it late last year and having played the festival before it was an easy  decision make . It’s a brilliant festival. Great acts,great site and especially a great crowd who are totally up for it.

IGigs – It’s the 13th year of Belladrum, do you have a superstitious side  to you and if so any pre gig rituals that you have to do?

Dante – Oh dear, I am a bit superstitious ha ha. Yeah we like to do a huddle before we get on stage, maybe we’ll add in a couple of Hail Marys to be on the safe side.

GUN play on the Friday of Belladrum at The Crabbies Hothouse Stage. Their forthcoming UK 13 date tour will see them play Dundee (6th )and Aberdeen (8th). Tickets and band news available via their website.