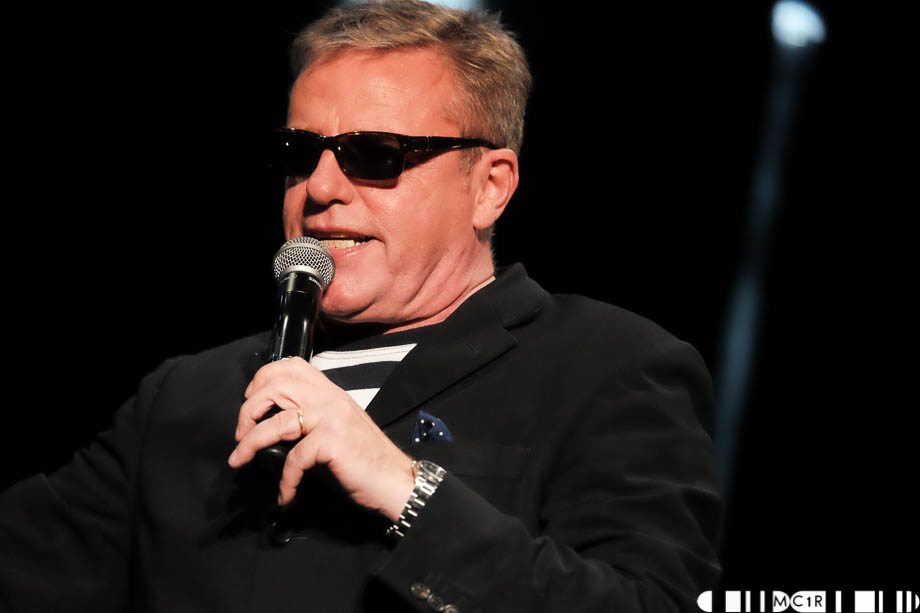 This Machine on the Seedlings stage have an impressive following for the relatively early hour and batter away at any hangovers with a lesson in old school rock. They play the kind of music that would be well suited for road trips along the West Coast (of America or Scotland. The only limitation is your budget) and there’s a smattering of funk in there as the bass player helps move things along at a rollicking pace. I gather they’re an amalgamation of various musicians from other older bands in Inverness and they seem to have hit upon a solid lineup.

Over on the Hothouse Stage the Lush Rollers are at the other end of the rock spectrum and soothe your troubles away with a set filled with Americana influenced tunes tinged with harmonies. It’s a nice counterpoint to the previous band and the set seemed to rush past despite the more laid back feel.

Staying with the Hothouse and Man of Moon aren’t for taking any nonsense as they pummel ear drums with a selection of powerhouse riffs that Sabbath would be proud of before zoning out into space-rock territory. For a duo they have an impressive repertoire.

Colonel Mustard and the Dijon 5 are daft. It’s utter, utter nonsense and the Bella punters loved them for it. The Hothouse stage was full to bursting as they pulled in one of the biggest crowds of the weekend. Clad in yellow (there’s a Movement apparently) they have no qualms in setting out to party and rocking the socks off everyone in the immediate vicinity. Apparently they have in the past managed to clear one venue of po-faced oldies who obviously have hearts of stone. It was commented that no-one leaving the tent left without a smile on their face and from what I could see that was true. Nothing short of joie de vivre was present in the tent.

The Hunna are another one of those bands that reek of the ‘next big thing’, and they’re certainly slick enough to fit that bill. Hugely popular with the teen contigent of Belladrum they demolish their short set with a series of big rock anthems that may well steer them towards a stadium sometime in the future.

Bwani Junction with Donald Shaw and Diane Garisto are here to play ‘Graceland’ by Paul Simon from start to finish. Like many others in the crowd this afternoon, Graceland is something of a sacred beast and any thought of someone covering the album is viewed with a degree of suspicion. Happily, they more than do it justice and hits like ‘Graceland’ and ‘Call me Al’ are performed with aplomb. Diane Garisto is here today and also features on the original recording, lending a nice link to the album that was originally released 30 years ago.

That it can be performed by a band 30 years on, some of whose members look younger than the album itself, and still have it sound as fresh as the day it was released is testament to the song-writing skills of Paul Simon and the talents of the band who decided to cover it in full. This is no re-imagining and the songs are performed reasonably faithfully to the origin and it’s a delight to watch and listen to.

Having to compete with Madness, Turin Brakes have a hard sell on their hands at the Grassroots stage but fortunately there’s a good-sized and vocal support in attendance to watch them put on a truly phenomenal performance and one that stands out as one of the best of the weekend. The records don’t reflect the sheer amount of energy the band has on stage and where I expected a fairly sedate affair, being mostly familiar with the first album and single ‘Save Me’, the tent was treated to a live-wire show with all four members of the band in constant motion. Commenting on the ‘other’ headliners they say that the one thing they do have in common with Madness is that they’re both from London. However, ‘while they’re an institution, we should be in an institution’. There’s no lunacy in saying that ‘Painkiller’ sounds fantastic and ‘Black Rain’ from their latest album ‘Lost Property’ lays it on thick with the atmospherics and easily is one of the highlights of the set.

Madness close the Garden Stage on Saturday and immediately launch into a string of hits, The Prince, My Girl’s Mad at Me, One Step Beyond and House of Fun are lapped up by the masses and create a convivial party atmosphere in the rain. Madness have been an ever-present feature on the music scene, despite briefly disbanding in the late eighties so even the most passing of fan is going to be familiar with many of their hits.

Suggs is in great form and seems to be on a mission to make sure every last person in front of the stage has a good time. That sense of fun is reflected on the stage and, despite their advancing vintage (sorry lads!), the tempo is kept up with few pauses for breath. Sax player Lee Thompson threatens to outdo Suggs in the showmanship stakes and in fact he does more than once! Sporting a fetching pair of tartan trews and fez he displays a degree of sartorial elegance that your average Invernessian about town should well play heed to…

If this band doesn’t leave you feeling that little bit warmer and happier then you’re a far more cynical man than I and likely beyond all hope. The only part where it stalls is when they cover AC/DC, and it doesn’t quite work in my view, especially when you consider the strength of the rest of their music. However they’ve been on the block long enough where they’re entitled to amuse themselves and in fairness it seems to amuse a fair bulk of the audience too. Introduced by Suggs as the ‘near death experience twins’, Wilko Johnson and former Blockheads and sometime Madness bassist Norman Watt-Roy join them on stage for ‘Madness’ and bring an end to the set and the thirteenth weekend of music at Belladrum.

The response from Belladrum is ecstatic… it must be love.