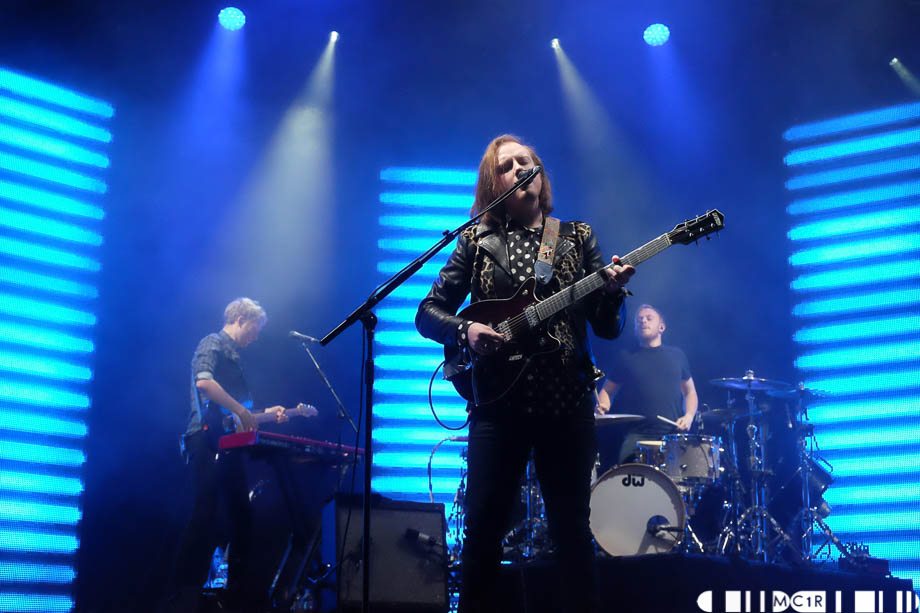 Armed with the fabulous free newspaper and lanyard picked up the previous evening breakfast consumption quickly turns into plan making and tip sharing, whist cracking open that first cider readying the day bags and footwear options.   Again not making the midday yoga (one day) we arrived to see Bella and the Bear in the Grassroots Stage for 12.45, this young duo from Ayr were playing their first ever festival and there first track ‘Listen to me’ certain had everyone in the tent doing just that!

Acoustic guitar accompanied their harmonising vocals and hip hop rhyming, as their songs told of stories well beyond their years, like the song ‘Beach, which was about a mother separated from her child, based on a woman they had met working on a project to do with addiction.  With fresh faces and a fresh sound they were humble and intoxicating right till the very end, plus I now have a beautiful EP.

The festival once again has a fabulous  range of market stalls, food vans, crafts for kids, entertainment at Venus Fly Trap and even the ice skating is back along with the popular and fun cycle track brought with Velocity. There is a lot to see, smell and try and you walk round the festival.  One of my favourite areas is the walled garden which this year again contained Free Range Folk Stage, Burke and Hair Stages and bar plus the Woodland Orchestra

As well as this year Hariom whose slow food samosa’s ‘where to die for’ as was the vegetable tempura and chip cooked in coconut oil.  Greenpeace has a fun and very important stall this year with an energetic polar bear (Rosie) and large wooden dolphins to sign to make sure our local dolphins aren’t put at risk or disturbed by possible preposterous plans to pump crude oil ship to ship in the Cromarty Firth.  This is not acceptable given this is the location where one of the highest populations of dolphins breed and live in Europe, even if it doesn’t leak the noise and activity will no doubt affect these loved local residents detrimentally, not to mention potential greater risk.   Hopefully a petition that all at Bella signed, but if not done already, do so now!

The Burke and Hare bar was also stocking cider this year although rumour has it, it ran out late Friday, must have been well received! Cider rules!  With amazing set design, tales of magic and mystery, Steam punk fairies, witches giving out potions , giant spiders web and the beautiful mechanical Pegasus and Unicorn parading between the two stages mirroring each other, you could easily never leave.

As one stage finishes the other begins, people shuffle and twirl there bottoms round on hay bales to be ready for the next instalment, during this visit the busy venue hosted Scottish folk music from The O’Flackerty’s from Ullapool on ones stage followed by contemporary dance directly after, this is a programme busier and more diverse than all others across the festival both on and off stage.

Having caught a couple of songs from the great Dylan Tierney earlier in we returned to the Free Range Folk Stage to see Teya Bawden from a cosy hay bale.  Local girl Teya was joined on stage by her father who provided second guitar and occasional vocals to her set which held the sunshine even if the subject matter was less sunny.  With songs about being screwed over by shit men and a song close to her heart about two friends who joined the army ‘Water Runs Red’, her husky voice and vocal phrasing had me intrigued to hear more!  She finished up with a cover of Fleetwood Mac’s Rhiannon, now not many should attempt to sing a Stevie Nicks song in public but Teya did and succeeded in doing it justice.

As luck would have it I ended up once again at the chapel seeing Trosg, this year a little earlier so could have a seat in the tiny chapel when last year I had been outside listening from the steps. The five singers from Trosg were jovial and sang beautiful Gaelic song’s which I couldn’t understand a word of but gave feeling that made their words universal.  There was a moment of remembrance and dedication to the late Maggie Macdonald who passed away last month.  Maggie had been a member of the Inverness Gaelic Choir (which Trosg is a branch of) for many years as well as a known singer, teacher and promoter of Gaelic culture.   I am sure she would have been appreciative and proud of the gentlemen.

Holy Moly and the Crackers played to a full house in the Black Isle Brewery this band had the feel of circus life roots, songs that sang round a fire as people danced around.  Beautiful female and male vocals  took us on a journey of a hip wiggling folk music with Baltic and ceilidh hints.  With accordion telling a tale of wow ‘The Devil and the Danube’ takes an uplifting flip when joined by dancing fiddle notes and fast drums, the crowd well and truly felt it, “without the rhythm don’t nothing get done” and we danced and danced to that rhythm!

For the first time that weekend we hit the Hot House Stage for Dreadzone, the place was busy and warm on arrival it only got hotter and happier as the gig went on, with people dancing in the doorways and undoubtedly on the hill outside.  Amazing stage energy as they played classic’s ‘Little Britain’ and ‘Return of the Dread’ in their reggae electro style that had the crowd bouncing around with smiley, shinny faces stripping off layers.  Happy and hot we emerged to see it still light outside a little disorientating.

From then night it gets a little vaguer, like most people and this is around where we lost two friends and kidnapped another.  It’s very easy to get lost at Bella, but is also very fun if you don’t worry about it too much.  Hint – have an agreed side/area it works in most cases, unless your friends forget the agreed place.  Slightly evolved as a group we headed to The Garden Stage to catch Two Door Cinema Club, they played track after track of  catchy electronic pop songs that made the crowd happy, and sing along while they  loaded senses with amazing light displays.

With still energy to dance Mungo’s Hi Fi at the Burke and Hare was the perfect place to let all those final funky moves fly.  All hay bales now removed the crown moved like waves on a windy day in the square.  Big smiles all delighted faces all around till the final beat and the calls for more.  Friday was fabulous but it was now finished.