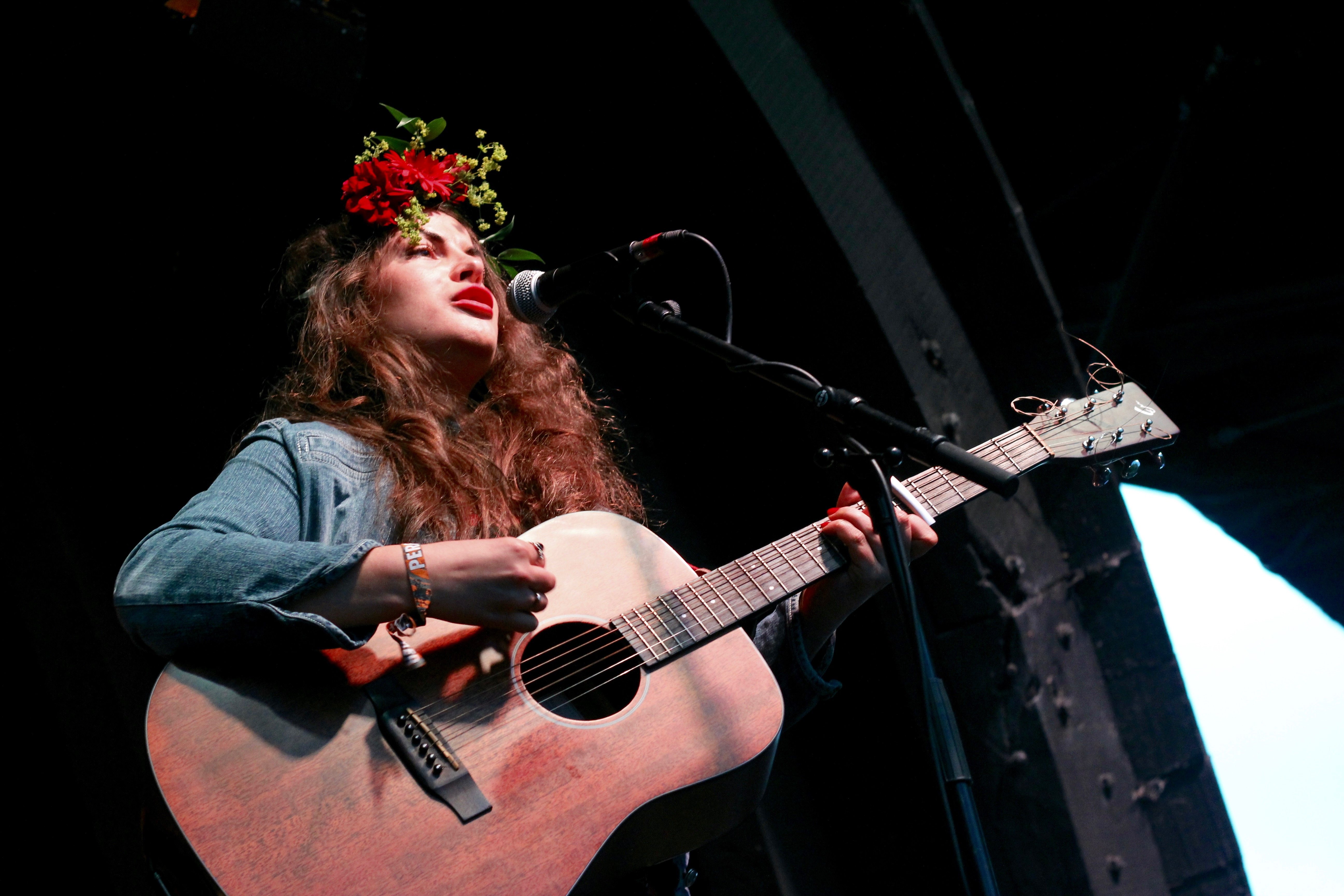 This year I was mainly going from stage to stage with camera in hand and generally soaking up the sights and sounds of Belladrum. Over the weekend these were a few of the things that caught my eye. 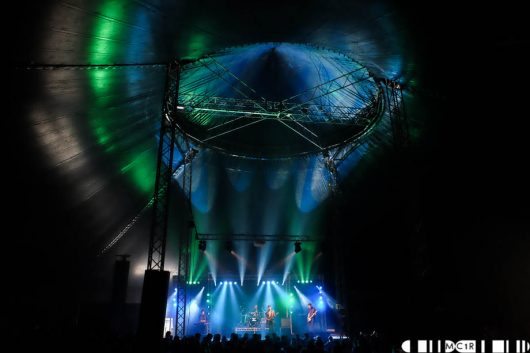 But it’s been there for years! I know, I know but hear me out on this one. This year the Hothouse was just that bit more accessible. With the hill above more open and the Drop ‘n’ Roll arena adjacent the festival’s second stage regained its prominence. In previous years I had seen bands play to very small audiences in what is a large tent for a festival of this size. This mainly affected early acts but it was not unknown for a teatime act to command a smaller than anticipated audience. This year it was very different. Local acts such as Lional, The Side defied early slots to host large and appreciative crowds. Throughout the weekend I never saw a poorly attended slot. Welcome back Hothouse!

The Ice-House Jazz and Blues Bar 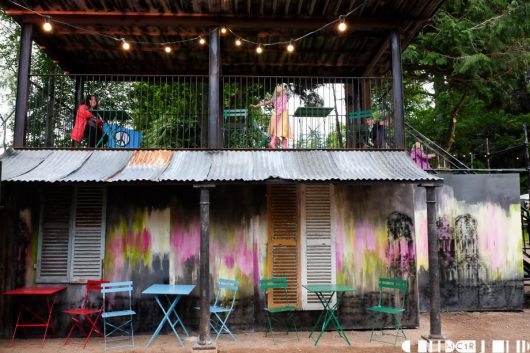 Belladrum doesn’t rest on its laurels. A couple of years ago we were introduced to the Burke and Hair Theatre and this year we welcomed the Ice-House Jazz and Blues Bar. Set above the Garden Stage on the way to the Hothouse this little, in comparison to those it is in between, stage packed a big punch.

Serving a small mix of craft beers and gin, the bar faced a stage winged by two cunningly disguised steel containers with balcony seating above. Hosting a mix of generally blues and jazz acts, there’s a surprise, this became a firm favourite with festival goers. Especially well received was Rooty MaToot’s take on Bat Out Of Hell sung by Jillian Anderson. Great fun! Maybe next year they can get a male rock singer to duet with Jillian on a jazz rock version of Deadringer For Love. Just getting my request in early… 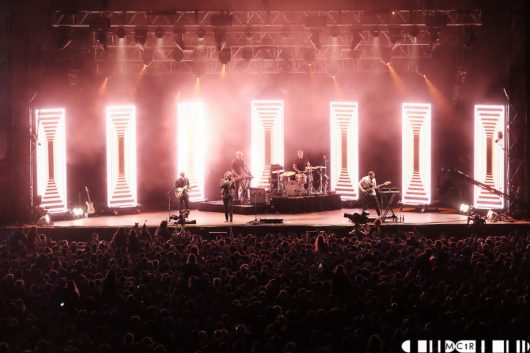 The Garden Stage is to me one of the finest natural, well fairly natural, festival amphitheatres. Add to this the last of the daylight fading away and the enveloping of the arena in near darkness and you are heading towards the finest ending to a festival day. This year on Friday night Two Door Cinema Club took it a stage further with a physically tight setup backed up by a curved array of light screens. This produced a mesmerising light show throughout their set. I couldn’t help but feel that there was a little style over substance as their set somewhat reflected their slightly jaded jangly indie pop sound of the last few years. But that light show though…

Kerr Okan of The LaFontaines 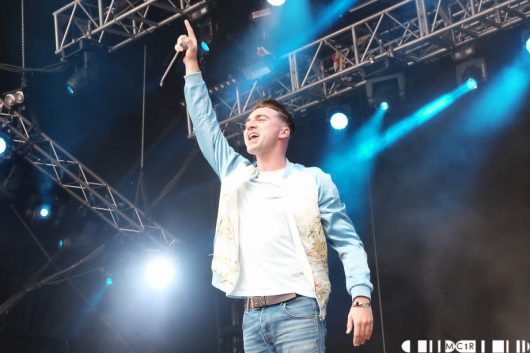 Last year The LaFontaines produced a barnstorming performance in the Hothouse which for many would be hard to top. This year they topped it on the Garden Stage. Kerr Okan is one of those naturally charismatic front men. Loving the limelight he knows how to work a crowd and wants to bring them as close as he can to his performance. His walk through the crowd took him halfway up the steps at the back of garden, and he owned the barrier in front of his faithful fans. 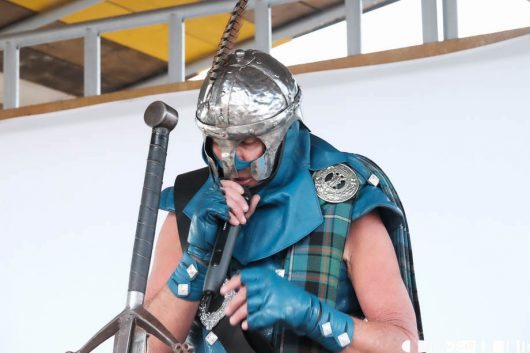 Jesse caught me by surprise. I had no idea that he was playing the festival and only found him by chance at the Bella Bar as a slightly bemused crowd wondered what was happening before them. Those in the know, some of the older audience members, paid homage to their hero, in particular a few Dangleberries. Inside Out, which he wrote for Odyssey, was there, but was Over The Sea? I had to leave to be elsewhere but if someone could let me know I’ll have a chance to kick myself now if he did. 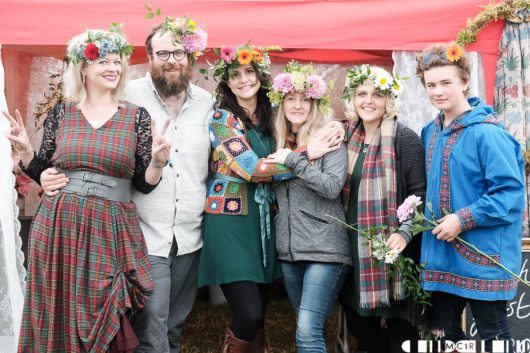 Julia Kirk and her team decorated an unmissable tank next to the new Jazz and Blues bar. Spouting flowers instead of shells this was a bold statement of peace. These touches are those which make Belladrum that little bit more special than most festivals. They don’t earn a revenue but remain in the memory. Those with a keen eye and appreciation of the work of  Wild Gorse would have noted the headwear of Michelle Newell of the Leonard Jones Potential, Ashley Mackay of Spring Break and Megan Blyth.

Crash Club in the Seedlings

This is the second year in a row that Crash Club have played the Seedlings. This time as headliners. However, as much as headlining a stage looks good on the old musical CV, it does mean coming up against the alternative bigger names of the night on the other stages, this being Madness and Circa Waves. The forty or so there were treated to a punchy, swaggering set of electro rock fronted by the pumped up Ian MacKinnon. Next year the Hothouse please. Make the 40 be 4000!

These go to White for outstanding taking the more recent past, polishing it and making it the future. The Hunna for an all action set with nothing left behind. Sinderins for great all round musicianship; why have one front man when you can have three. Lucy Spraggan for a poignant, observant and witty set played with her heart on her tattooed sleeve. Megan Blyth for a mature and breathtakingly powerful set on the Free Range Stage. Spring Break for adding a touch of fun, punching a dolphin and almost forgetting to play one of their songs. Emeli Sande almost did that when she played here. Whatever ever happened to her?

Photos of White, Megan Blyth, Spring Break and more
1 of 26

Until we do it all again next year… 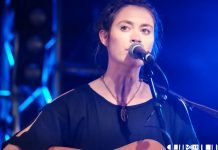