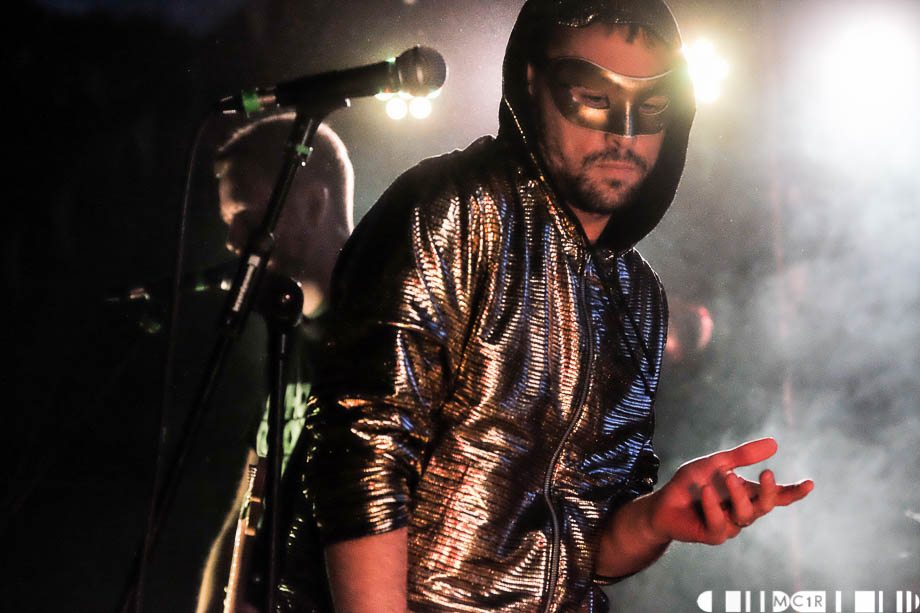 Joctoberfest, at the Black Isle Brewery on the 2nd and 3rd of September, 2016. Review.

Jocktoberfest celebrated their fifth year with a return to it’s roots in it’s Bavarian theming and a call to “Wax up the lederhosen chaps, put a bit of flounce and bounce into the dirndls girls and Oom-Pah-Pah your way down to the barns”. A sold out ,one thousand capacity ,took up the he call to help the event celebrate being five years young.

Whilst in reality there was very little Oom-Pah- Pah, the event is certainly laden with music , with thirty odd acts spread over the two stages in seventeen hours. It’s a lot of music catering for a host of tastes added to by the choice of the finest beers that the Black Isle Brewery could offer

It was local lad Dougie Scott who was called upon to open proceedings on the Friday night, a confident and charming performer he enticed the audience, person by person to join him nearer the stage. His Americana-esque stylings also conjured up memories of Paul Heaton’s vocals with the Beautiful South.

Next up was Other Humans, one of quite a few Glasgow bands that would be pummeling the A9 to entertain the audience over the weekend. It was the second of three gigs on consecutive days for the in-demand band  who have that Interpol, Editors vibe added to by the impressive swagger of front man Darren Martin.

Be Like Pablo are introduced by Jamie Macdonald as “consistently bloody decent”, fair enough description for the upbeat pop of the Elgin based band. They have been relatively quiet over the last while, but behind the scenes new material has been recorded and plans for their release are being made. The set mixes up new with old with “Juliette” getting a particular cheer of recognition from the crowd.

On chatting about Jamie & Shoony’s set, more than a few observe the “perfect fit” to the festival and the slot. It’s high energy fast paced stuff for the impressively full hayloft who play along in fine fettle with hay flying everywhere. Fortunately Jamie is “double dunting” the antihistamine, which does appear to have done the trick and resulted in the hayfever having no apparent impact on the set.

Weather always plays a role in festivals, for day two the occasional shower is promised, it never appears the sun was shining on the festival, and it refused to go away. No one complained.

From a music perspective there are twenty five acts on offer in twelve hours on the Saturday, from a reviewers perspective just impossible decisions about who to see and who not to see, from a festival goers angle it’s perfect to wander from stage to stage as the mood allows.

Opening both stages on the Saturday are Music Plus acts Jake Cameron and Carma, both are gentle introductions to live music after the more than occasional reports of soreheads from the previous night’s proceedings. Karma perhaps have the hardest slot on the mainstage but the duo Carmen Beaton and Kenna Ross pull it off well. There is an obvious gentleness in approach that draws people to them, it is original composition “Balloon” that stands out for us using a lovely intimate experience giving it a poppy feel.

Coming on to the Dutch Barn stage at 1pm, Neon Knights seemed eager to get going no more evidence required than the massive smile slapped across the face of bass player Gordon Bolton. They kicked of their set with Against the Clocks from their first ep before 2 tracks from their second ep Little Warrior, You and Me and Paper Plane’s.

Their pop rock sound winning over the early afternoon crowd with ease, with more joining after hearing them from the campsite. The band performed seamlessly as a unit and enjoyment was the key factor in the performance. They finished off the slot with a preview of their next single Modern Day Anarchist and well deserved round of applause.

This was the first time I have had the chance to see or hear Penniless Moth, I was captivated from the moment I walked in to crowd gathering in the Hayloft Stage. The amazing technical skill in which they displayed on their guitars pulled me in closer. A delicate sound with samples of mariachi was amazing to see.

The only downside of their performance actually had nothing to do with them but more the sound check on the Dutch Barn Stage drowning them out, but overall a fantastic performance and one I look forward to catching again.

I tried to explain the concept behind Miracle Glass Company to my companion before their gig, and it’s hard not to see it as a novelty (each of the three piece taking lead vocal responsibilities throughout the set). It’s no novelty far from it, the band continue to impress and this this set is no exception. A debut album is on it’s way in October, seek it out!

Thula Borah start their set with a rip roaring instrumental in Analysis Paralysis’, which we are told will find it’s way on to their next release. “We’re from Glasgow, don’t hold it against us” Lloyd Fay pleads with the crowd, but the banter is delaying proceedings “we like you, get on with it” an obvious fan of the guitar based four piece replies.

We had expected more when we caught Unkeepable, it is as the singer Stephen G Marsden explained a rare solo performance for the lead singer of the band. The songs that we caught cover love lost and homelessness, it’s not the most uplifting of themes but it leaves us keen to check out how they translate to the full band versions

There had been some anxiety voiced by Team DQ prior to them playing about how the audience would respond to their heavy rock. Clearly it was time for the audience to put hangovers aside and WAKE UP, Devil’s Queen were on the stage and for half an hour you could not ignore them even if you tried.

The Book Group from East Lothian took to the stage just after 5 o’clock as the crowd was getting to its busiest point of the day. Their infectious indie pop pulled the party onto another level as they got the crowd dancing and singing along as evening festivities got under way. With songs like Actress Model, The Late Show and Get Up and Go Go Go the crowd really took to them and let me put on a brilliant show for a brilliant wee festival.

Kris Douglas is no stranger to the festival, having played the Jocktoberfest under several guises in the past. Starting on his own with ‘Need More Time’ and settled in so very well to the vibe. He is joined by the Voltaic Disorder for the rest of the set albeit with a Mark Williamson ,taking over for a Joshua Mackenzie who was playing with Lional in Sweden, on drums. It’s a strong set for the guys without a doubt.

It’s James Mackenzie in the Hayloft next, he too has had a couple of changes in the line-up from his Belladrum mainstage loft earlier in the month, despite this James and Co. are consistently strong even if the line-up rotates

As Mickey 9’s come on stage the night is darkness is drawing creating an intense atmosphere for the band well renowned for it’s live performances and ultra funky tunes. We suspect it is the first time that hay throwing has played such a significant role in audience participation but the mysterious St. Cool et al. manage it in their stride.

As we wander out of the arena, sad to have missed the last trio of acts, we reflect on another cracking festival at the Black Isle Brewery. The trick it appears with Jocktoberfest is that they have avoided the temptation to expand or complicate matters, the organisers know how to have a party or indeed piss-up at a brewery , and stick to it.

NB this is a work in progress, waiting to add a few more elements. 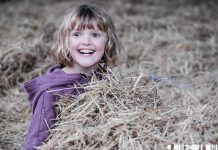 Jocktoberfest 2016 – Folk at the Fest