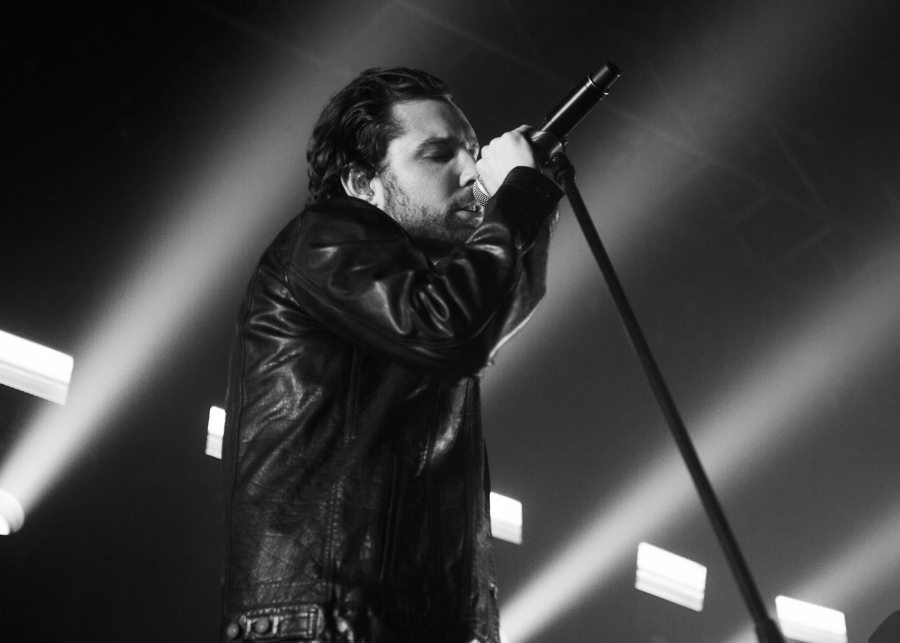 You Me at Six, with support from VANT, at Ironworks, Inverness on the 15th of October, 2016. Review.

Eight years on, four albums later and a fifth on the way, Surrey finest You Me at Six make a triumphant return to The Ironworks. To put it in perspective, singer Josh Franceschi was only seventeen last time around! Tonight’s sold out show was certainly going to be something special!

the band’s punk influences shine through

Kicking things off was indie rock band VANT from “Planet Earth” exclaims vocalist Mattie Vant. They played a highly energetic set, commanding the stage with ease, you would not think they had only been a band for two years, they had the stage presence of a band with double their experience!

The set was filled with hit after hit including singles such as “Karma Seeker”, “Parking Lot” and “Peace and Love”. “We are here to entertain and make you think a bit” tells Vant, the band’s punk influences shine through in their lyrics, tackling topics such as global warming, immigration and war. A prime example was track “Birth Certificate”, a “song about immigration”, Vant explains.

The band are getting lots of media attention, with good reason too! A super exciting and intriguing young band and things are only just beginning, certainly one to watch over the next few years!

Suitably warmed up and fueled with angst, You Me at Six took to the stage. The band are no stranger to bigger stages, previously headlining the likes of Wembley and The Hydro. So this more intimate tour was not to be missed.

I have seen You Me at Six a number of times so I can honestly say they have never sounded better! Josh’s vocals, particularly, the chorus of old favourite “Stay With Me”, blew me away.

They played highly dynamic set, with heavier moments in songs like “Bite My Tongue” and “Underdog” getting the crowd moving! Yet, showing a more emotive with “No One Does It Better” and a slower adaptation of “Too Young to Feel This Old” with just Franceschi accompanied by guitarist Max Helyer.

The setlist also contained a few rarities and older tracks, was great to hear material I have never heard live before, “Safer To Hate Her” from the band’s second album was a highlight for me! Hits   However, Franceschi was quick to note that this tour was a celebration of the band moving forward and not “a nostalgia-fest” of the last ten years.

The whole band gave it their everything, it truly was a performance, it felt like they had found that spark to perform again after having some well deserved time off.

The band wrapped the evening up with new single “Night People”, when it was released I was unsure, however, after seeing it in a live setting I have completely changed my view on it! As the band left, the crowd were left wanting more and praying it wouldn’t be another eight years before they return!