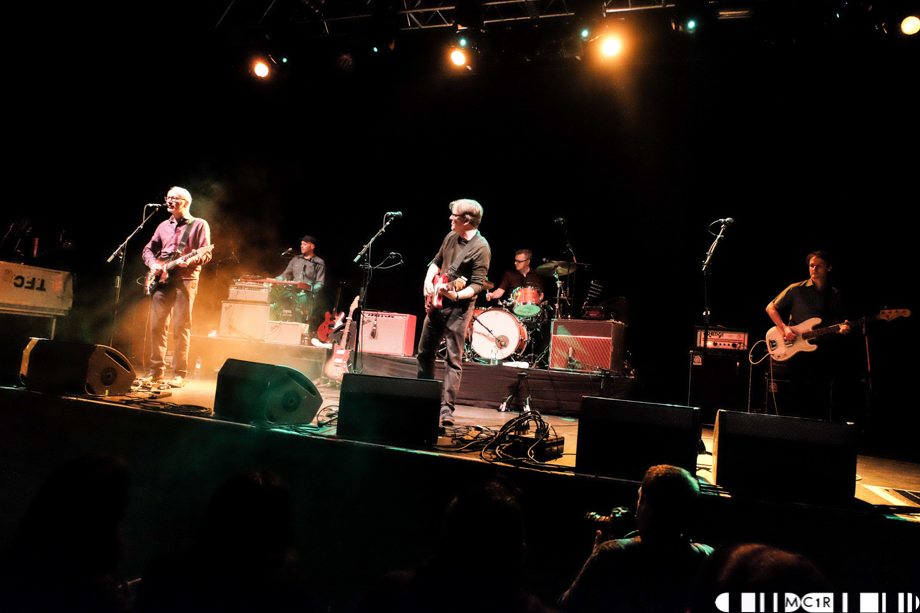 Teenage Fanclub, with support from Spinning Coin, at Ironworks, Inverness on the 15th of November, 2016. Review.

On a cold Tuesday night in the Highlands, is there anything better than going along to see live music? In a short answer it will always be a firm NO. I went along to this gig full of excitement of seeing a band I had followed for years play live for the first time. Before the Fanclub took to the stage the support act for the night and the rest of the tour, Spinning Coin, appeared and although they seemed a wee bit shy and nervous, they played a really good set. The music was a mix of psychedelic and Punk rock, with some really good guitar solos. The one down side to Spinning Coin was not the tracks they were playing but more so the vocals. The lead guitarist was the better of the two vocalists but I feel if they could get another singer included and leave the other two concentrate on their instruments this band could go far.

I first heard of the Teenage Fanclub as a bright eyed fourteen year old, when one of my friends lent me a copy of Bandwagonesque and from that moment on I was hooked, so when given the chance to review their opening night of the Here 2016 tour at the Ironworks, I didn’t need to be asked twice. The thing that really took me by surprise was when the band came on to the stage, I was still naively expecting to see the cheeky young hipsters I remember from my youth, only for a group of men in their forties enter to rapturous applause. My naivety was soon replaced with the knowledge that this band have been together for the last 27 years and brought out an incredible 11 albums and are showing no signs of slowing down.

As singer Norman Blake stepped up to the microphone and straight in to “Start Again” from the “Songs from Northern Britain” album, the crowd started to get warmed up and by the time they had finished playing “Verisimilitude” and “I don’t want control over you” the crowd were sold on this gig and the enjoyment was visible all around.

The band then played a couple of tracks from their new Album “Here” with “Hold on” and “Thin Air” with the later really standing out to me. The crowd seemed to enjoy them as well even though you have the risk of playing new tracks that casual fans might not know. They continued to go through their extensive back catalogue with tracks “About You” and “Sparky’s Dream” from the “Grand Prix” album and “I Need Direction” from “Howdy”, while in between discussing the need for having fired eggs in a bag of Haribo starmix.

Bass Player Gerard Love took over the lead vocals for “Ain’t That Enough” for my personal favourite track of the night. The thing that stands out most about the band is the fact that they are such a tight unit in their playing, which you would expect from near 30 years playing together. I do feel that the fact that Blake, Love and bass player Raymond McGinley share the writing and singing duties for the band, making it more of democracy than a dictatorship than a band where one person writes all the music alone.

After finishing of “The Concept” the band leave the stage for the customary encore. They reappear and finish off as strong as possible with “Did I Say” and “Can’t Feel My Soul” from the “Words of Wisdom” and “Songs From Northern Britain” albums. The biggest pop of the night was for “Star Sign” and had most of the crowd joining in and signing along. The last song of the night was “Everything Flows” the first song on the bands first album “A Catholic Education.”

I thoroughly enjoyed this gig and look forward to catching the band again, the only thing that disappointed me was the fact that it had taken me so long to see them live.

Check out the photos of the evening