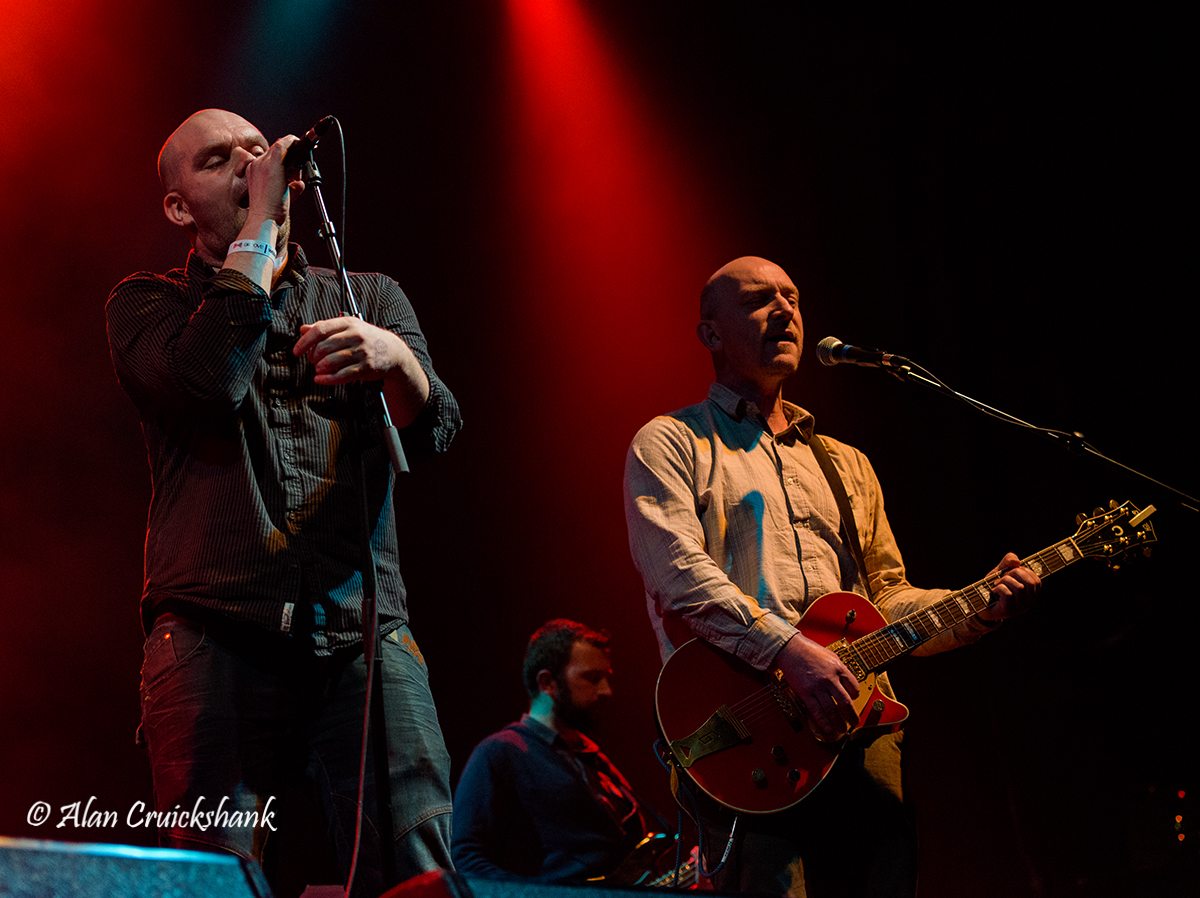 Festive Frolics, featuring All So Simple, Moteh Parrott and The Little Mill of Happiness, at Ironworks, Inverness.

Festival Frolics was an event loosely based on the Showcases which the Ironworks had been running in various formats over the last few years. The main difference this year was that it was centred over two venues, or three stages if you include both floors of Hootananny, and that entrance was by donation to charity with the named charity being MacMillan Cancer Support.

There were ten acts in total, 4 in the Ironworks and 3 on each floor of Hootananny, and I was based at the Ironworks where I was able to see the first three but unfortunately unable to catch the highly thought of Bloodlines who took to the stage at half past midnight. Well past my bedtime…

First up were All So Simple a four piece stateside leaning pop punk combo. I’ve realised that I’ve not seen so much of the local scene this year and it was interesting to catch up on bands following my unbeknown to me hiatus. It would have been over a year ago that I last caught All So Simple who were to say the least a little rough around the edges and winging at as best they could. Their youthful charm made them get away with it. They may not have grown up too much during this time, and they still have that youthful exuberance but they are a much more solid proposition now with a collective togetherness. Where there used to fanny around they now cut to the chase. A lot of what they do has been done before but they sound like a band with direction now. Hopefully it won’t be so long until I catch them again.

Moteh Parrott first came to prominence (for me) fronting Red Kites where he had a strong local following but also one which reached out further afield. Since the band split up Moteh looks to be finding his way as he plots his future musical path with his new band Moteh Parrott and friends. Tonight he led on guitar with rhythm supplied on drums and an electric cello adding a powerful depth and at times haunting accompaniment. Not unexpectedly there was a stripped back version of “Beat in Time’ which is synonymous with Moteh, and once again it was as poignant and heartfelt as ever. The likes of ‘Salt Water’ from his Red Kites days was in there too. Moteh summed up 2016 in an understated way saying that it had been a ‘little bit of a bummer’ and left us with “Undertone’, which in his words was ‘a big up yours to Donald Trump’. Understated in his comments perhaps but not in his musicianship or his arrangements. Here’s to a 2017 being less of a bummer.

My final act of the night was The Little Mill Of Happiness who are again a band I’ve not seen for some time. I missed their recent EP launch for ‘Honk’ at the Tooth and Claw as I was out of town at the time. So it was good to get reaquainted with the snarling Steve Obern and the wall of guitars which glues this band together. It was a mix of the old and the new with the likes of ‘All Hushed Up And Beautiful’ and ‘Post Parentrovite Blues’ featuring from the Honk EP. The driving throbbing bass line helped deliver the layers of guitars augmented by Steve’s near menacing vocal. This band have always been an aural treat but with their sheer attack on the senses should probably come with a tsunami warning. Half an hour just isn’t enough and a sparsely filled Ironworks isn’t enough either.

I don’t know how it played out in the other venues but the numbers really didn’t reflect the quality of the acts.Maybe it was the time of year when nobody actually knows what time of year it is or the distance between the two venues especially where you can go from floor to floor at Hootananny. Whatever it was those that were there, were there to enjoy the bands except for a few who had to talk through bits of the bands, especially Moteh Parrott’s slot, but you always seem to get that. You’d never guess I’d turned 50 earlier this month would you?