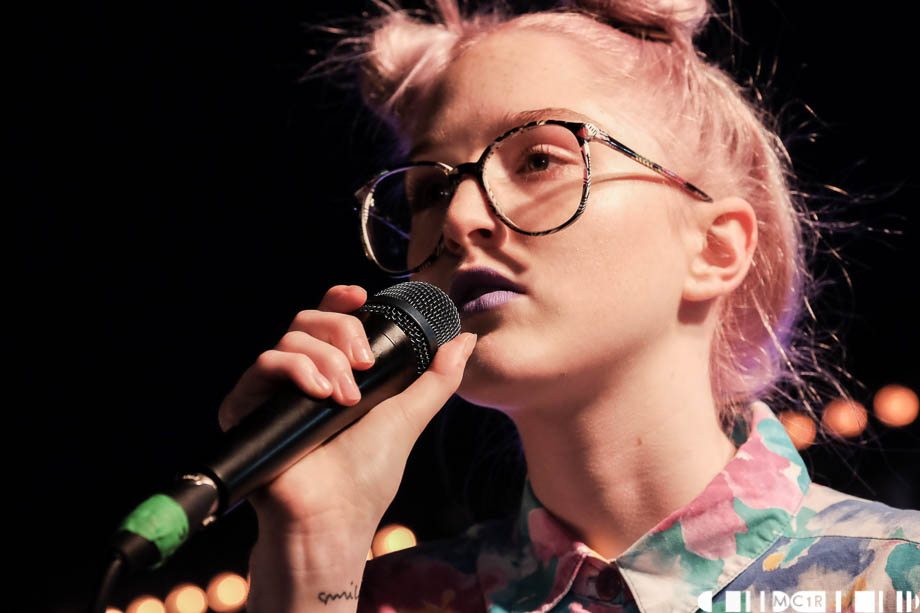 Be Charlotte to play Inverness in February.

Those in the the know, know. Those not in the know, will be knowing too. Our reviewer surmised so much when he caught the Dundee based act at Brew at the Bog 2016 by saying “If you want to be able to say ‘I saw them before they were famous’ and you’re generally into brilliant music then you should 100% see Be Charlotte this summer and every other chance you get.”

Her evolution during her , albeit young, career has seen her move from traditional singer songwriter to include live and digital components that allow create pop music that moves without the traditional genre divisions. “If we look up from where we are standing” Charlotte sings in her track ‘Discover’ “we see a point of view we are not used to having”.

2017 will not see that momentum faltering, with the release of latest single ‘One Drop’. Be Charlotte have also been confirmed to play SXSW 2017 and Eurosonic Festival. Indeed they are currently in Europe, Be Charlotte will be playing Inverness as part of a five date Scottish tour.

Be Charlotte play the Mad Hatters, Inverness on February the 15th.