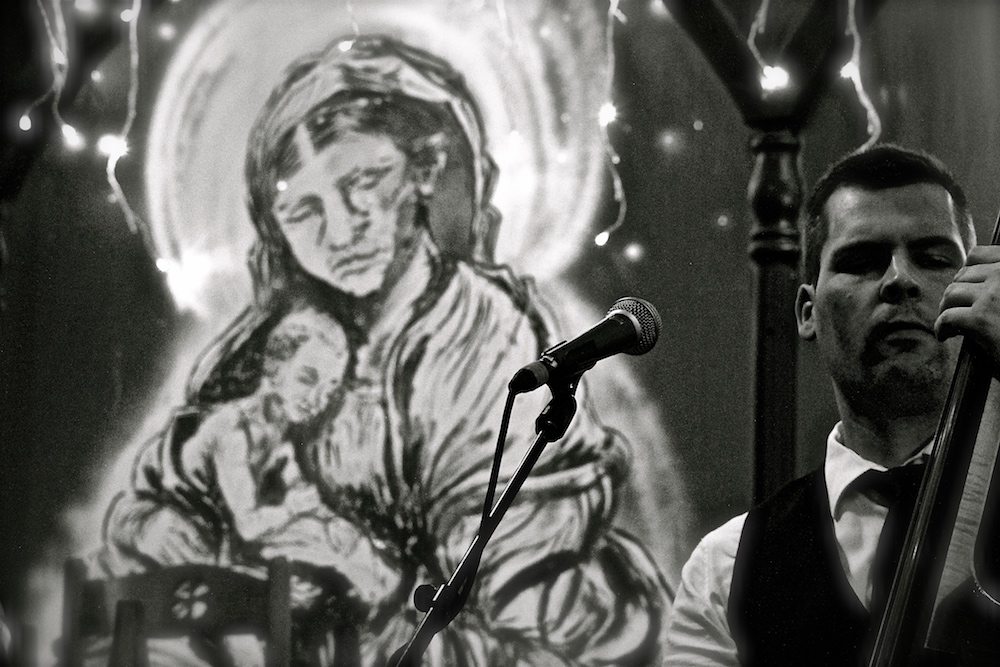 Festive Frolics, at Hootanannys on the 28th of December, 2016. Review by Dougie Burns.
Macmillan Cancer Support is a supremely worthy cause and tonight in Inverness on 28th December 2016 we tried to do a little bit to help out. Cancer is due to affect approximately 50% of the population at sometime in their lives and nurses and treatments provided by Macmillan give welcome relief to many of those people in a time of need.

I was along at Hootananny and Mad Hatters to play music and to see other local artists play a half hour set each to try to raise money. At the same time, other artists were doing the same at The Ironworks and IGigs colleagues were covering that (you can read about them here).

First up in Hoots was Ruth Gillies, home for Christmas from Napier Uni and breaking the ice with a series of self penned quirky and melodic songs accompanying herself on acoustic guitar and going down well with a steadily growing crowd who took to her as well they might.

Next on upstairs in Hatters was my good-self accompanied by Dave McIntosh on percussion and Ali Davies on Harmonica. Won’t say too much about us but the half hour went well and the still increasing crowd seemed to enjoy what I do . (I could have said we were splendid but that’s just taking advantage. I’d like to mention here that Bruce on the sound desk in Hatters was very nice to us and without him and his colleague on sound downstairs the night for all musicians could simply not have happened so smoothly)

Because I was packing up I missed the beginning of Tamzene Allison-Power’s set . Tamzene has such a powerful and clear voice and got her lovely songs across to the now packed Hoots Bar . It’s true to say that some folks at the back were more intent on shouting at each other but she’s been performing a long time now and didn’t allow that to stop her. Tamzene’s final song ” I Didn’t Even Notice it was Raining” is a mature piece of work and I’d recommend anyone should catch her while they can in an intimate venue like this. And the ones who weren’t listening? Well these folks either don’t like music or maybe they are never going to listen to anything no matter how good it is.

Devil’s Queen do an acoustic set in Hatters next. I’ve seen them in full rock pomp in the Ironworks and at the Spectrum Centre and I must say I really prefer the full racket version. However these guys played and the audience cheered and Macmillan got some donations. The boys gave it their all and although more comfortable with the big noise they managed to get across with no drums or Bass and just two acoustic guitars . Good effort!

Downstairs in Hoots we then had Dave Rudge with the Bass player Martin Bell from his band Ernest Rambles. Double bass brings a class sound to these singer/songwriter tunes . It’s a sound reminiscent to me of David Gray’s earlier material and they are well worth checking out. The band are about to record their first album in January 2017 and will be playing some gigs locally to promote its release .

Upstairs for the last spot of the night and we find young teenage band Sly At Last have brought a huge, huge crowd. They are the most enthusiastic bunch of young people I’ve seen at a gig for a long long time. This crowd is like a bunch of extras from an episode of The Inbetweeners, they are loving this band and why not they are great.

Lead guitarist Christy MacKinnon playing a glassy sounding telecaster has got his chops worked out and along with singer Alistair Tibbs who also plays guitar they really drive the sound along. Remarkably like another local band Cocoa Majestic, who I saw in full flight with a similarly enthusiastic crowd a few years back, they combine an Arctic Monkeys/ Red Hot Chilli Peppers vibe and it really works. Christy tells me that they don’t know when they will be back as some of them are now at Uni in Glasgow or Edinburgh but if you see the name and you like music to be fun check these guys out.

Well that was it and all of it was great. These musicians all gave time and effort to a good cause and a very large crowd of people saw and heard some great live music. I hope some of those present in Hatters and Hoots gave generously because statistically half of them may need Macmillan at some point in their lives !