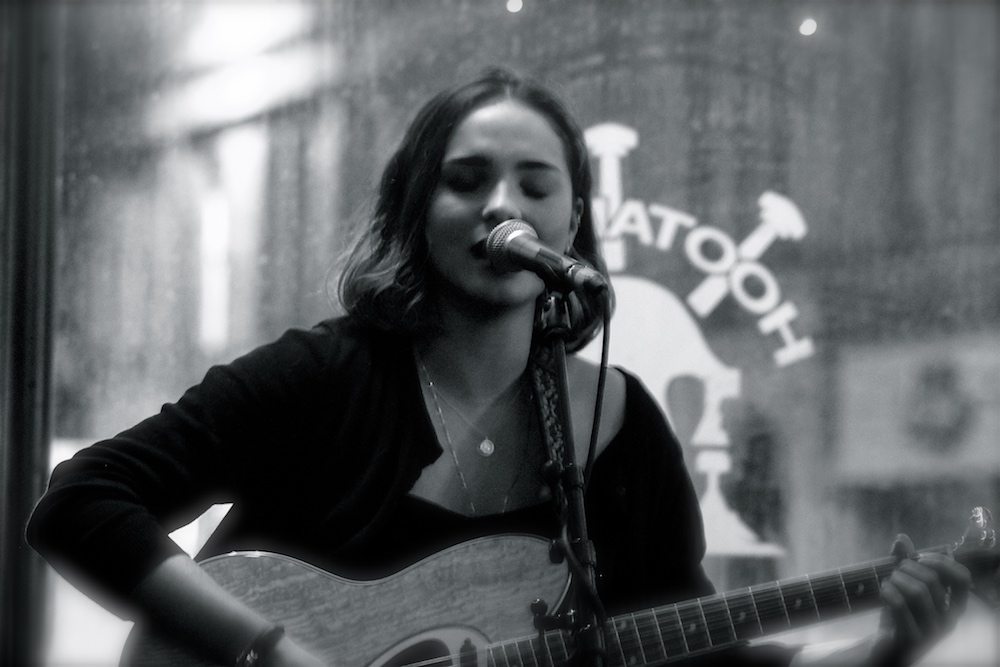 Festive Frolics started, for me, with Ruth Gillies in Hootanannys. Although a late replacement, Ruth gently eased us in to the evening, a perfect start. Her sound was similar to a younger Taylor Swift. Her music conjured up images of sunshine and beaches, perfect music for a rom com soundtrack. Her upbeat songs cleverly hooked in the audience and she finished with “I’m leaving”, an upbeat favourite which left us wanting more.

I have seen Tamzene perform a couple of times now and continue to be in awe of her voice range, the depth and tone. On stage, Tamzene appears to be lost in the world that is her music. The subtle guitar playing allowed her voice to take centre stage. We should see and hear a lot more of Tamzene in the near future and not just in the Highlands.

Over in the Ironworks, Moteh Parrott was next on accompanied by a cellist and drummer. His first couple of songs had the audience nodding their heads along, enjoying the beat. In contrast, he also played slow, simple songs accompanied by the cello which complimented his music as did his change from electric to acoustic guitar. Whilst chatting, he hinted that he had new music to share soon. I haven’t seen Moteh on his own before but he is an artist I would be interested in revisiting.

A look at some of the other acts can be found here.