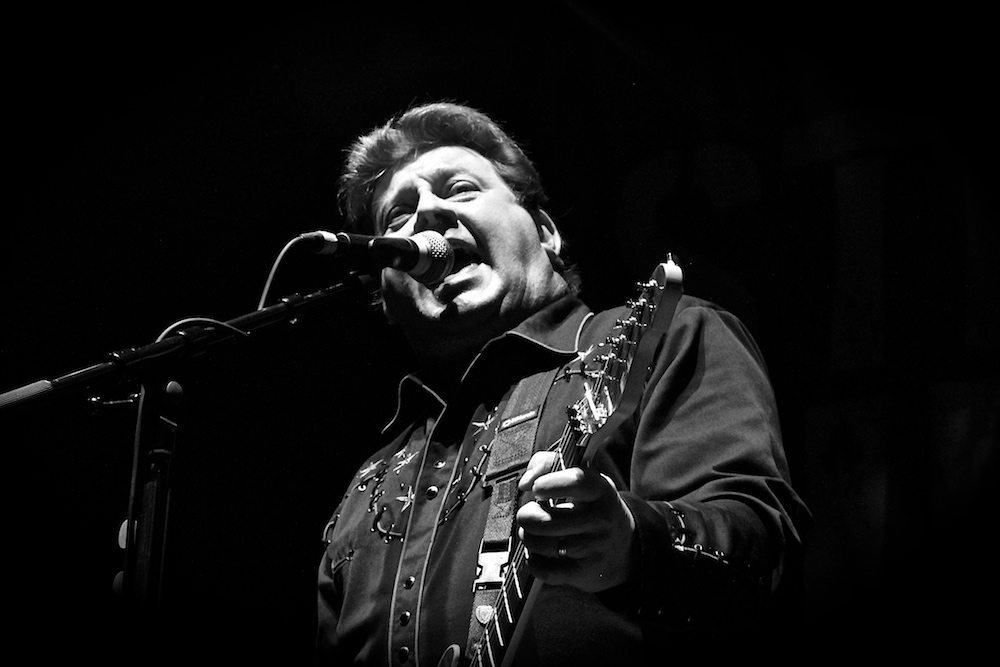 A mighty crowd descended upon the Ironworks to celebrate Stiff Little Fingers 40th Anniversary tour and no doubt, taking in the crowd of a certain age, a touch of nostalgia would have been among there too. Early SLF material evokes memories of rebellious teenage years, underage drinking and community centre discos. But it takes more than just that to draw a crowd like this and relevance to this audience no doubt plays a large part.

Playing a large part too was the support, Theatre of Hate, also synonymous with those formative years. Kirk Brandon, iconic of those halcyon days, led with exuberant animation and a generationally relevant ‘Sex’ T-shirt. It was pumping, driven with a heavy smattering of sax for good measure. As the set wound towards the inevitable ‘Do You Believe in the Westworld’ some sporadic pogoing broke out. The impact of music was different back then with the aforementioned song being the only track which made the top 40 for the band, at number 40, unlike their indie chart success but yet their memory lives long with fans. They were roundly applauded at the end of their set and they equally applauded their appreciative audience.

As the glam rock tracks turned to the standard SLF intro and with the crowd ready to go for it, the band arrived on stage and set about with quick fire delivery to get everyone up to speed, not that they needed any encouragement. We were told to expect some more obscure songs as well as those that they would be expected to play. Jake Burns also said that it would be longer for that reason. This of course drew great applause.

Those 40 years weren’t all plain sailing and throughout the night Jake would touch upon subjects such as his battle with depression and his very clear advice – talk to somebody about it. This was reflected in ‘My Dark Places’. He also discussed the sexual abuse scandals and how a TV interview had affected him at the bravery of those who had spoken out. As he put it quite simply about those involved in these crimes with children – betray that trust you are as guilty as sin. This was his intro to ‘Guilty as Sin’ but an introduction he felt could not go unsaid.

There was a tip of the hat, as he put it, to his absent friends with ‘When We Were Young’ for Phil Lynette, which took him from 1985 to 2014 to complete, and ‘Strummerville’ for the great Joe Strummer.

Chucking in ‘Barbed Wire Love’ from back when it all started in the good old days, or bad old days as Ali McMordie corrected himself, the 40 year span was covered. The essentials were in there too and no one could have left disappointed. At The Edge, Suspect Device, Nobody’s Hero – all singles whose sleeves you would see adorning the walls of The Other Record Shop on the Market Brae steps when their chart position was not a relevant factor just the quality of those songs.

Playing two encores, firstly with an extended Johnny Was and then to return with Gotta Gettaway and then that anthem for a generation and ultimate floor filler of its time ‘Alternative Ulster’.

40 years rolled into around an hour and 40 minutes is some doing but it captured the essence of the band and in particular Jake Burns. A band tighter and more energetic than those half, possibly a third, of their age. And a following that’s not going to just fade away…

Photos of the night can be found here. 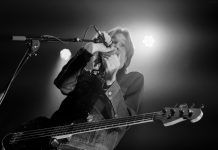