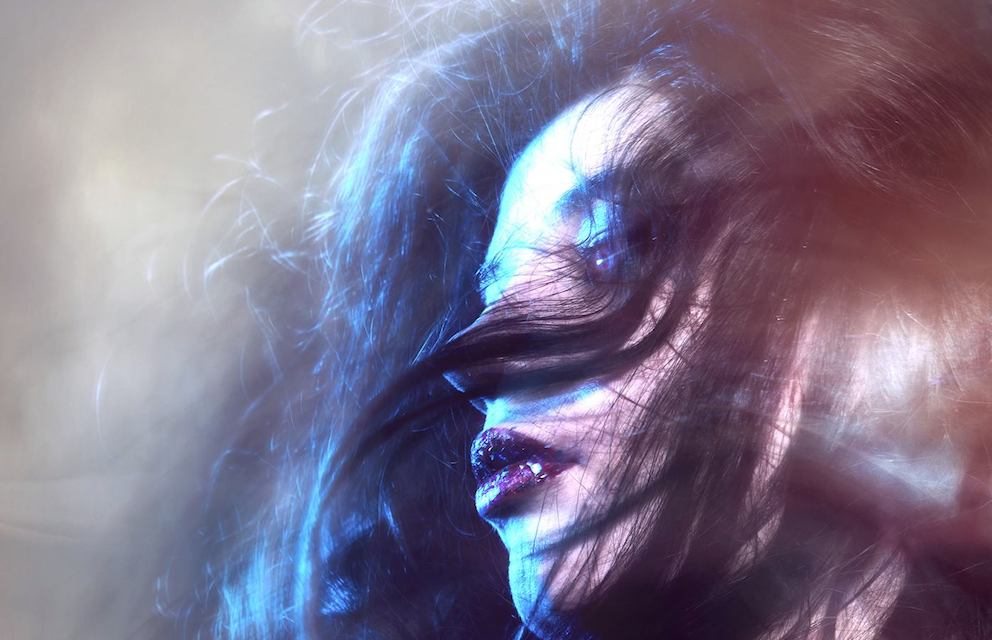 Ahead of her debut gig at The Play House, Nairn in April, LILURA chats to Chris Lemon of IGigs.

It seems the we have known Jemma Tweedie for many years now, and in reality we probably have, the Nairn based singer song writer had drawn the attention with a UK wide tour, numerous festival performances and high profile Glasgow gigs.

However she has been off the scene for a while and whilst we knew that she was planning a different approach to her music, nothing quite prepared us for her exciting reinvention as LILURA and subsequent debut EP ‘No Control’. With an EP and launch gig on the horizon, we catch up with LILURA;

According to Our Baby Names (we do our research;)) Lilura means “Enchantment”, where did you come up with the name from, and how does it represent your music?

I honestly took about a year to find a name that I liked! I went through a phase of being obsessed with witches though and when I was bored one day at work I looked into witchy names. LILURA stood out to me because of the meaning to enchant. You know, I would like people to be enchanted by my music haha.

We have sneaked several listens to ‘No Control’ (you can check out teasers of eh material via her Facebook page), certainly is a big bold step into Electronic Pop, do you think it succeeds in ‘Brewing up a dark, electronic, pop storm’?

I think it is a good introduction and demonstrates a couple of sides to me as an artist. One of the tracks was written when I was in a very dark place and honestly felt like I was chasing my tail and getting no where with the music I wanted to create. Then theres a more sassy, fun, pop side to it also which should get people dancing and singing along. I’ve been brewing up this storm for quite a while and I’m happy with what I’ve created. I think it definitely ticks the electronic pop boxes, with a bit of darkness and a bit of glitter.

You have hinted at some of the stuff that has been that has led to the current release (including recording in LA), can you tell us what has been happening since you stopped gigging previously?

It has been over a year since I last played a gig and even in the last few months leading up to that I was planning a complete change of direction, I just wasn’t sure how to go abut it. Looking back now I think it was quite a bold move as I feel I am starting over again but this time I have a much clearer direction and bigger ambitions. Since then I have worked hard on my writing and am now confident in the style I have developed. I am much more open to working with other writers which is fun. I have been recording in various places including LA which has allowed me to develop alot.

Although this EP was all recorded down in London last year. I have teamed up with some great people who are guiding me in the direction I want to go in. I have also tried and failed and tried again to get a band together for my new act. We are still in the very early stages as I would like more musicians however have been rehearsing a lot and putting visuals together for our live show also which is exciting. Ive gone fem gigging ALOT to not at all so it feels like I’ve been waiting forever to get out and play live again. I’m really looking forward to the launch night at the end of the month!

What have you learnt from your previous successes and experiences with your music, and how has this changed what you are doing now?

I have learned so much! When I was an acoustic act I was happy just pretty much winging it and hoping for the best but quickly learned that it’s so easy to be taken advantage of in this industry and a lot of people only tell you what you want to hear. I’ve had my fair share of false promises and let downs but I don’t regret anything as it was all building experience and learning lessons along the way.

I have also learned that luck doesn’t exist in large amounts and I really have to work hard if I want to succeed. The business side of the industry is something I have put more time and effort into and am a little more clued up on production now as well which has definitely helped when working with new producers.

We may have picked you up wrong, but when we have spoken to you the emphasis seems to be in creating music that you are proud about, rather than getting stuff out there for the sake of it. Is that a fair understanding of your music?

Definitely!! In an ideal world I would have had something out two years ago but it has taken a lot of trial and error to find the sound I am happy with and to find the people I work with the best. It has been frustrating at times and can sometimes feel like Ive taken a step back. But at the end of the day I can definitely say I am happy with what I have created and hope other people can enjoy it too.

What is the music that influences your current sound?

My influences are changing all the time! At the moment I’m really into the likes of Tove Lo, Frank Ocean & MØ. Although there are a few constant influences like Radiohead, Depeche Mode, Gwen Stefani and the Yeah yeah yeahs, I’m inspired by loads of artists!

LILURA plays The Play House, Nairn on the 29th of April (Tickets £4 on the door).

EP ‘NO CONTROL” will be available to download from all digital stores on the same day.