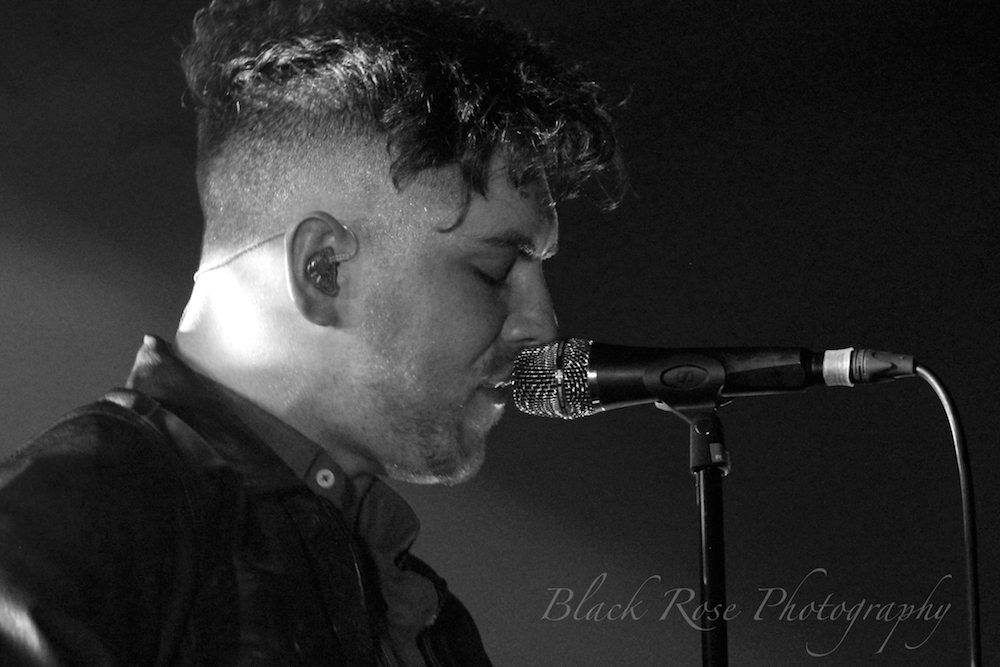 Twin Atlantic, with support from The Pale White, at Ironworks, Inverness.

Musical taste is a very very subjective thing and can, to some, be a very emotive thing.

The Ironworks was filled to capacity with a very young and very enthusiastic crowd tonight . All eager to greet the Glasgow band Twin Atlantic to the stage and have a blow out.

First up we had The Pale White who hail from Newcastle .They are a three piece band with a big sound reminiscent of Royal Blood or The Black Keys. My immediate attention was grabbed by Jack Hope on drums. An absolutely fantastic drummer playing hard and loud like a young Dave Grohl. The band is fronted by brother Adam Hope and backed up by the steady thundering Bass of Tom Booth for a half hour set including Turn it Around, That Dress and Deceiver. On researching them I found this great quote which made me like them even more.

“We also want to have a full English breakfast in every city in the UK which we will rate according to the breakfast codes we’ve strictly set ourselves.”

However, as I said, musical taste is very subjective and this thunderous fantastic noise was met with almost total indifference by the Twin Atlantic crowd who it would appear mostly only have eyes and ears for the main men tonight. This was the same when Twin Atlantic played in Strathpeffer Pavillion a couple of years ago The crowd are very loyal.

At 9pm prompt, Twin Atlantic hit the stage, the whole crowd erupts and the place goes absolutely wild . The packed crowd jump up and down almost throughout the whole gig stopping only to hear a few precious words from singer Sam McTrusty .

For the crowd the whole gig was a highlight with the occasional push to stratospheric. For me the highlights were ‘I Was Drunk’ and the acoustic song ‘A Scar to Hide” from the new album GLA . Sam announced this was the bands tenth year and thanked the Inverness crowd for their support before introducing his Mum to them all and dedicating the song to her. This song was a moment of pure rock theatre with a very tasteful impressive light show and a rapturous crowd singalong. Everyone is happy even his Mum. Brilliant.

Another piece of crowd pleasing theatre comes towards the end when during “No Sleep” Sam launches himself out into the crowd. Surfing about while the band plays on and the crowd goes completely wild again. Finishing with ‘Heart and Soul” Twin Atlantic leave the crowd sweaty and spent .

A great night was had by all .

And as for Taste ? Yes I personally preferred The Pale White but this was not their crowd and that’s just the way these things work. Some folk were listening and the band have youth and time to build their own major crowd. I’m sure they can.

Twin Atlantic were good , they are polished, tight, professional and the crowd absolutely loved them. I realise now and again that it is possible to be too old for some music to touch me and remain memorable.