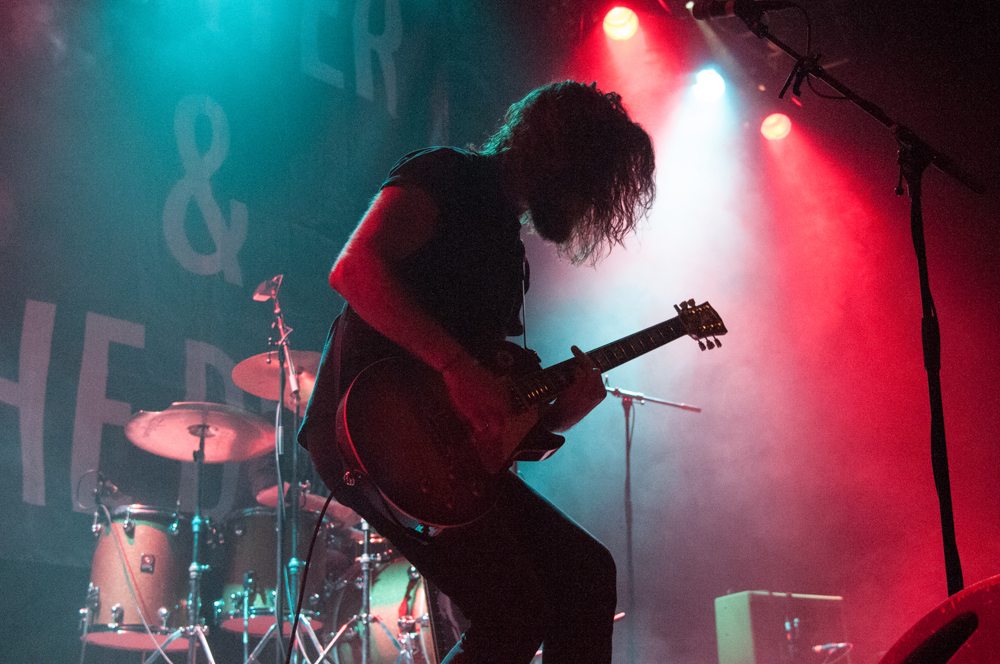 Hunter & The Bear ,with support from November Lights, at Ironworks, Inverness.

Currently on a 20 gig tour to launch and promote their eagerly anticipated debut album ‘Paper Heart’, Hunter & The Bear stop off in Inverness en route between Perth and Ullapool having already played Edinburgh, Stirling and Glasgow. There was a really good sized crowd and a genuine buzz about the place ahead of the band taking to the stage.

Accompanying them on this tour are November Lights. Perhaps a bit difficult to get a real feel for their live performance as the usually five piece band are reduced to bass, percussion and keyboard/vocals. I was a wee bit worried that the set felt a bit one paced but they upped that in the last three songs and had a good reaction from the audience who responded well to a sing-a-long and were dancing to the last two tunes.

I think this might be about the fourth time I’ve caught Hunter & The Bear and genuinely enjoyed them every time. First gig impressions a few years back were of a band who sat on the rockier side of country rock. Tonight, lead vocalist Will has cast aside his acoustic and they have gone all electric and moved to, well, the rockier side of rock: to great effect. Showcasing most of the songs from the debut album if any of their fans were troubled by their Dylan moment they weren’t letting on – they got a great reception.

One of the highlights was the band deserting the stage to join the crowd on the floor where they led some mighty fine community singing of the classic Cohen song Hallelujah. Wonderful.

From an Inverness Gigs perspective, apart from a great show, we would like to thank Robert Hicks (Beyond Presents), Iain Mclaughlin (IMOUT Records), The Ironworks and of course the band, Hunter & The Bear. Tonight they very kindly allowed us to take Stuart Sandison in to the photography pit for his first experience at shooting concert photography. All of the above photos are Stuart’s and we think he has done incredibly well on his first IGigs assignment. Stuart is going to be studying photography at school and we hope he’ll be back for more gig experience.