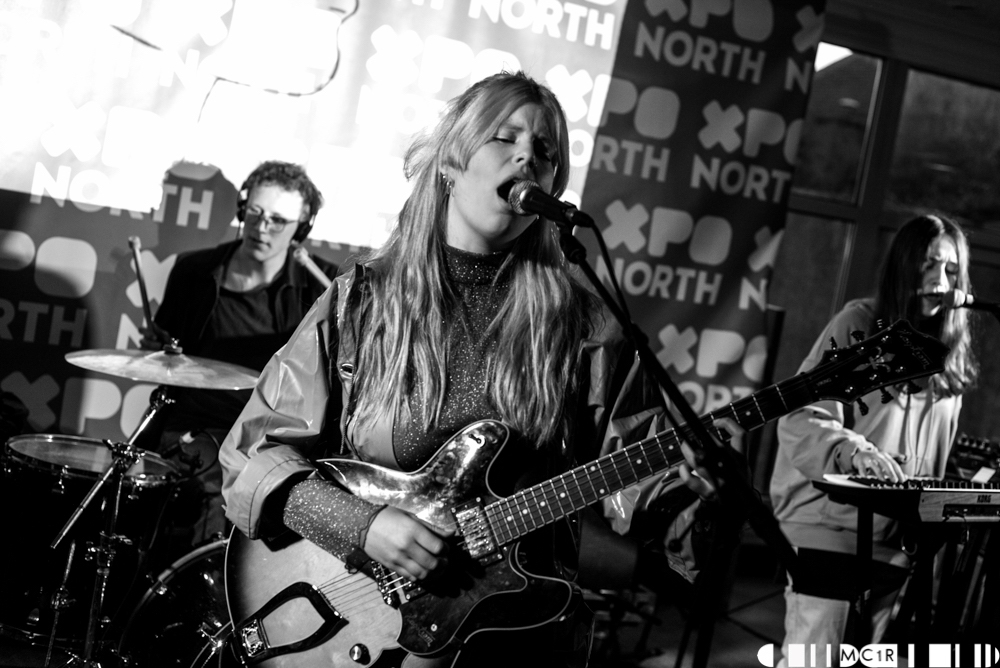 We look at Quake Matthews, The Miss’s, Pinact and more, at XpoNorth Inverness.

After the bustle of the conference panels during the day it’s time for the masses to descend en-masse into town and catch the live music showcase event hosted by various pubs across the city centre. As expected there’s a real buzz about the place with venues being regularly packed out. I gave up trying to get into Mad Hatters on Wednesday night and sadly missed Skjor (we did manage a few photos though, se below -Ed)who I believe put on a fine show.

Over in Blackfriars Emme Woods was in fine and profane fettle, lambasting her bandmates for being crap drivers and worrying about whether she’d had too much to drink. The barbed wit was balanced by the presence of a wee dog that was curled up at her feet to prove that she’s not all piss and vinegar.  The music itself speaks volumes and it turns out that she was one of the best performers of the night. The music is edgy and impassioned and she flits between gentle singing and a husky roar with ease. Emme’s charisma on stage is impressive and not a little intimidating. Which is good in my view, the last thing anyone needs is yet more po-faced indie hipsters.

November Lights on our own IGigs stage in Mad Hatters come on late due to a touch of last minute fettling with keyboards. But the wait is ultimately worth it. They’re essentially an electro-pop band and they go down a storm with the gaggle of young ladies at the front of the stage. Frontman James pulls off some of the best dance moves seen anywhere during the two festival and undoubtedly the band walked away with a few more fans.

The Mercure Bar host Sweden’s Mira Aasma and she’s quick to impress the audience, especially the toddler that plonks herself at her feet! Playing dreamy indie pop they attract a decent sized crowd and a fair few photographers determined to get the best of the light and the graphics the band have projected against the back wall. I came away kicking myself that I’d forgotten to take my wallet along with me so couldn’t get buy her self-titled debut album. Thank God for Spotify, although I’ll be tracking down a physical copy as soon as I can.

The Penta Hotel setup is an odd one and comes across as a 80s themed lounge bar with fake braziers, an abundance of mood lighting and some ill-advised toilet signs. That suited artists like Ali Robertson down to the ground though and his soulful blues tunes fitted with the decor perfectly. The big sofas alongside the stage were certainly a popular spot for weary XPO North punters to park their backsides.

I had been looking forward to seeing Declan Welsh and the Decadent West ever since I’d seen him announced as being on the showcase. In many ways he did not disappoint, he was in surly, abrasive form and the Phoenix was rammed to the gunnels. That said at times he seemed more intent on complaining about the sound (which sounded grand from where I was standing) and it took a shine off what was ultimately a fiery live show. Although it must be said that the idiotic, drunk, swaying, chimping photographer poking a lens directly into Declan’s face likely didn’t help his mood either.

Pinact closed the evening in Hootananny and make a proper, muddy, dirty, grungy racket. There’s a lo-fi feel to the band and it’s perhaps obvious to say it, but they channel the likes of Sonic Youth at their grungiest and a Bleach-era Nirvana. I can’t help but feel that Hoots was the wrong venue for them and they’d have been better suited to Mad Hatters or the Tooth and Claw. I’m probably not allowed to say that about our own stage though!

Thursday was pretty much more of the same, although I did manage to catch a few of the live sessions in the Eden Court. Honourable mention must go to Bloodlines who are seemingly unstoppable at the moment. I caught the last few minutes of their session for Radio Scotland and they were utterly ferocious. I’m gutted that I had to miss the closing show in the Mercure because I heard they brought the house down. Additionally TAMZENE is another local artist whose reputation is beginning to precede her. At the other end of the scale from Bloodlines in terms of decibels but just as passionate and capable with her song-writing, she’s been a familiar face amongst the buskers on the High Street in Inverness for over a year and it’s nice to see her begin to get a bit of recognition for that hard work. Recently signed by the fledgling Belladrum Record label it’s just a matter of time before we see her on bigger stages.

E M I L I E opens up Thursday night in the Scotch & Rye. The Edinburgh electro-pop artist is good enough but if I’m honest doesn’t hold my attention. I kind of got the impression that her target demographic isn’t really 40-somefink beardy blokes so I’m sure it’s no loss on her account! In Mad Hatters Foreignfox do in fact have beards and the Fifers are here for the fourth outing at XPO North to boot, having played one of their first ever gigs as part of the showcase. In that time they’ve gone from strength to strength dipping into that rich vein of rock drama that Bloodlines have made such good use of. I’ve seen them a number of times over the years and they’ve continually impressed me. Thursday is no different and they play a blinder.

Downstairs in Hoots folk are for the most part baffled by Canadian rapper Quake Matthews who startles the evening diners out of their reverie. There’s a fairly sparse crowd at first, but it soon fills up and his exhortations that we repeat, ‘there ain’t no party like an Inverness party’ finally begin to get a response to his visible relief. Despite the efforts of Spring Break, Hip Hop is still relatively unheard of in terms of live performances in Inverness so it’s possibly no surprise that it takes a few numbers to get people properly warmed up. Audience comprehension issues aside, he’s an impressive performer and having listened to his last album he deserves to get considerably more attention.

You get what you see with Schnarff Schnarff and the Mercure Bar is far too genteel for their uncompromising live show. True to form frontman Miles paces and menaces the stage looking like a man with something to get off his chest and the band if anything sound heavier than I’ve heard them play before. They do not fuck about in the slightest and they’re one of the highlights of Thursday night. Although bathing them in pink light seemed an odd choice but each to their own I guess.

Closing off the evening (for me at least) I popped back down to the Penta Hotel to see Michiel Turner whose Nick Drake-esque tones eased my battered eardrums. I only caught the last few songs of his set but I was impressed with the gentle soulful guitar playing and he’s someone I’ll certainly be making more an effort to go see if the opportunity comes up.

And finally, The Miss’s  are comprised of Audrey Tait and Michelle Low and the duo are sporting ‘Tired As Fuck’ and ‘Dank Dungeon Bitch’ t-shirts. The former I can relate to, the latter… not so much! The duo have used this as a side project while other concerns have taken precedence but they seemed to have upped the ante of late and are playing a number of shows across the country at the moment. At it’s heart they’re an acoustic act but the songwriting is soulful and heartfelt and much more than ‘just’ an acoustic act. Highly recommended.

And that was XPO North for me, sadly I couldn’t stay out any longer due to an early morning train to Edinburgh the next day. I was still Tired as Fuck though and it was totally worth it. 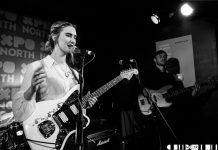 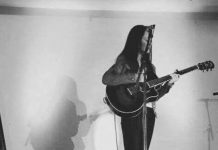 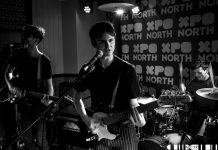 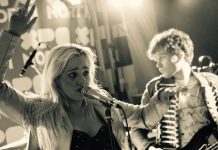 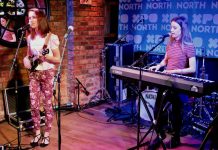 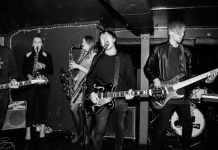