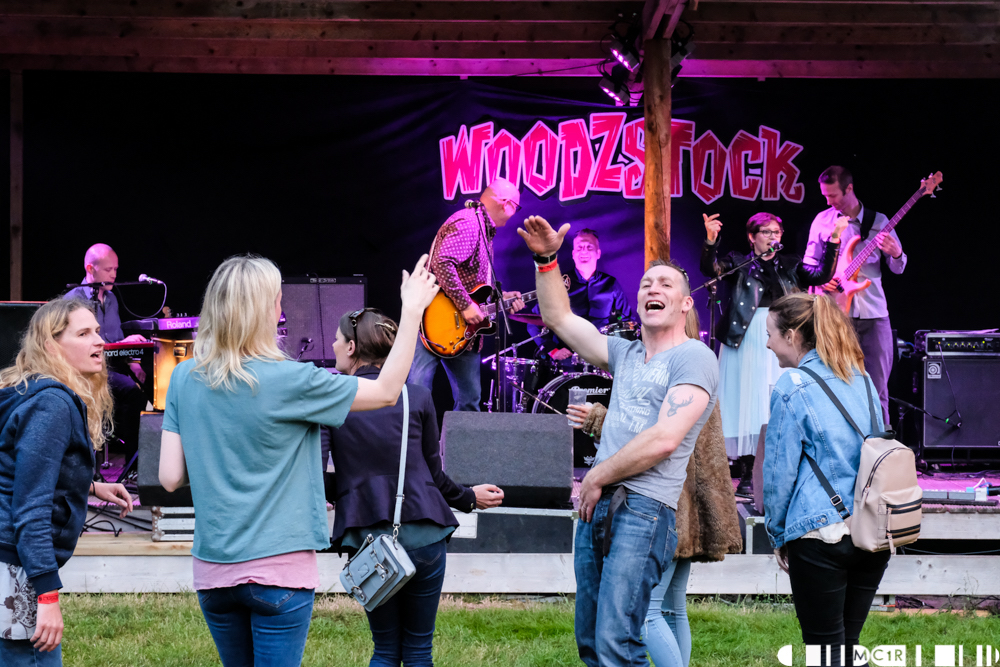 We catch the vibe of Woodzstock 2017.

So, the festival season is officially underway and launched with a boutique festival situated on the Black Isle. It promised something for everyone and absolutely delivered. I arrived about 7 o’clockish so it was well underway by the time I got there, but right away it just had a really good feel about it. Everyone was in good spirits, a lovely atmosphere and the kids (of all ages) were having a great time.

It really embraced the family friendly ethos – face painting, crafting, laser tag, secret cinema, balloon making and pretty damned awesome nutella pizza for starters. But more than that, it had an environment in which the kids could really let loose with lots of nooks and crannies to be explored – all under the watchful eye of the regular Wildwoodz staff who I have to say were terrific.

Pizza aside, there was a good variety of quality food outlets (Bad Girl Bakery!!), and of course, drink. For paying one chap a compliment on his tattoo he insisted I had a gin (Orkney) and very nice it was too. Black Isle Brewery were in the main arena and as with all of the food and drink (and other amenities) there was very little queuing to contend with.

The main arena was a good size, and while there was one wee shower that really didn’t come to much during the evening, if there had been a downpour there were plenty of places to take shelter. Turnover times on the stage were slick and what was particularly nice was that a lot of the acts were in and about the crowd when not performing. Kids got back stage to collect autographs – and absolutely nobody panicked.

It was a well judged line up featuring local acts and a more ‘exotic’ headliner – everything from punk-pop to angsty troubadours, the avant-garde sat well with the metal contingent and there was a pinch of indie for good measure. Didn’t catch Sara Bills and The Hasbeens but they always deliver, Jo-Si enjoyed her set, my first music contact was in the shape of Orkneys very own metal-heads Electric Mother just ahead of Medicine Men.

It was good to catch Lional – no Ross but the big bass sound was absolutely solid and in amongst the established favourites were a few new-to-me tunes: intense as ever it was a cracking set. The Leonard Jones Potential really caught my ear: Meeshelle has left the building and has been replaced with Olga to really good effect. Somehow, they have added a certain rapping and scratching Badger Sized Rat to the mix and it worked wonderfully well – a real adventurous twist to their well-established jazz funk set.

To finish off, a seriously good festival act in the shape of The Urban Voodoo Machine. As eclectic, energetic and theatrical as you are ever likely to come across they were a tremendous full-stop to the day. Currently on a mini-Scottish tour this has been as far north as they have ever ventured – apart from the Norwegian in their midst. Great fun and a stunning mix of mardi gras, Balkan Gypsy and honky tonk (to name only a few). They are heading for Belladrum this year – make sure you get along to see them.

This wee festival punched well above its weight and I for one have fingers crossed that it will become a regular fixture on the festival calendar. I’d parked about half a mile away and walked to the festival – as I was leaving to head back to the car I was very gently persuaded to take a lift – their hospitality really was exceptional. Any feedback to the festival is more than welcome, other than the obvious car parking deficit I can’t imagine there will be any complaints. But beyond that, if you have any suggestions for next year, the Woodz are listening.

Check out the pictures from the Woodzstock, and check if you were seen at fest.