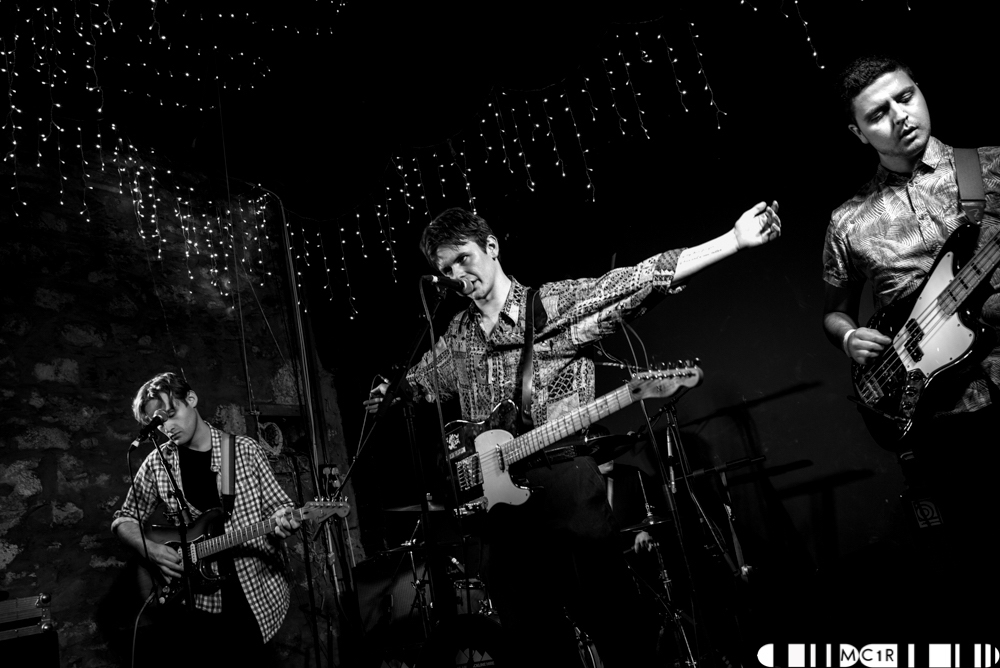 We look at Spring Break, Wuh Oh, Declan Welsh and the Decadent West and more, at Northern Roots 2017.

So there I found myself standing in a field on a blustery Saturday morning for round/day 2 of Northern Roots at Bogbain farm with hammers in my head and beer tokens in my hand.  Despite proclaiming only that very morning that I was not going to drink all day, I lasted up until a new personal best of 12.06PM when unfortunately Have Mercy Last Vegas started harmonising in The Barn and my resolve pure went out the window.

It was early doors and there was only but a few early risers in the crowd to see the 6 piece purveyors of bluegrass and the band dutifully eased the crowd into the day with their joyful Appalachian sounds. The banjo wranglers soothed the soul with some easy-going numbers before the band kicked into a higher gear to the shoogle the crowd out of their hangovers and back into the swing of the festival.  The silent caterwauling from the crowd was soon replaced by a rising compulsion to do-si-do the cobwebs away to the harmonised mountain goodness taking place in The Barn.

Opening The Main Stage on Saturday were MFR competition winners Footerin’ About. The boys were battling on heroically through the wind and played a mix of contempory and traditional Scottish folk with a coupon full of glee and an enthusiasm that only comes with being young and talented.  Their cover of ‘The Gambler’ was particularly welcomed by the windswept crowd who had earned their brief Saturday afternoon sing-a-long by braving the gales and supping the recklessly strong Thistle Cross ciders.

After a wee think about climate change and whether or not it might enhance my festival season, I moved back into the welcoming bosom of The Barn where I was met by the punk-rock racket of Rascalton.  Bash a couple of more lads into Slaves and you’d be close to this crowd’s sound.  They had brought with them some hardcore fans as within 30 seconds of the first song starting there were some energetic shenanigans going on down the front involving joshing, jostling and the occasional attempt at crowd surfing by the eager band of revellers. I really liked Rascalton’s sound and their politically aware track ‘This is It’ is a proper mover and soon more people had joined the enthusiastic mob gobbling up the aggro-punk anthem.  Given a later slot, this band would have blown a hole in the side of The Barn and maybe that’s why they were given the early shift – an attempt to reduce casualties.

It was then time for Dingwall Dolphin botherers Spring Break to light up The Barn stage.  Clad in Hawaiian shirts and with Ray-bans for days, the 3 performers were intent on proving that it was in the fact the Black Isle that was the true home of hip-hop. DJ Butterscotch (self professed Badger Sized Rat) was on MC duties and busted out the lyrical concepts by the Tractor load (see the song ‘Tractor Tractor’ by Spring Break to fully appreciate my reference to agricultural equipment there).  The sublime vocals offered by Butterscotch’s band mate Ashley provided the hooks that give the band’s tracks a catchiness that is often missing with other suppliers of hip-hop who rely more heavily on the rat-a-tat-tat of their rappers.  The tracks offered are interspersed with the tragically overlooked art of scratching by the colourful Butterscotch who flits between his roles effortlessly as if he came out of the womb grasping his decks and a mic in hand.  The team were recording a new music video on the night and we were bribed with the hollow prospect of ‘free Wotsits’ if we upped our enjoyment by a mere 38%, but there was no need for such palm-greasing and the crowd was digging (agricultural reference number 2) whatever Spring Break were offering.

Spring Break had left me tired and emotional so a fag and a biscuit break was had and I then returned to The Barn a wee while later intrigued to see whatever Wuh Oh was all about.  I hadn’t heard of the fella before that night but he will live long in the memory for the spectacle he provided. Wuh Oh turned out to be a electronic/synth act who threw every single muscle into his perfectly timed performance.  If Animal from the Muppets threw away his drum kit and took up the synthesiser then Wuh Oh would be the final product.  The suspect dance moves where hypnotic when infused with the artist’s keyboard playing and only the bassiest of bass vibrating through The Barn.  He’s clearly a guy who feels every note and is eager to express himself – interesting stuff for sure.

I had experienced Declan Welsh and the Decadent West for the first time only a couple of weeks ago when they burst through their XPO North performance like I destroy fools on FIFA– with zero remorse.  The band smashed through the lad-rock numbers at Bogbain like they are late to a fight in a chippy and were only briefly interrupted when Declan introduces the next song which ranged in topics from useless exes to challenging hatred wherever it is seen.  The lead singer Declan is like Alex Turner reborn but forced to wear a dodgy 80s shirt and by-Christ he is raging about it.  The political savagery continues as he laments about Theresa’s Tories and the subjugation of the working class.  I’ve reviewed this band before but I can’t say enough about how good they are at what they do, which is to whip up the crowd into a revolutionary state whilst Declan and his merry band gyrate away just like your inappropriate auntie Mary does when Rod Stewart comes on the wireless.

By the end of the Declan Welsh and the Decadent West’s set I was burst.  Revolutionary activity spurred on by the band would have to wait as it was home time.  Northern Roots had done what all good festivals do to me and that is leave my mind frayed, my body sore and my phone a little more cracked (cement floors are no good for phones FYI).  The festival has something for everyone despite its diminutive size.  The drink is reasonably priced, you can camp if the mood takes you and the music should keep you entertained no matter your taste,   There is plenty room for the festival to grow but I’m not sure it should.  It’s a good thing to be wee and special, at least that’s what dear old mum always tells her special wee Marty boy . 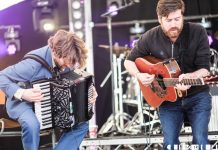 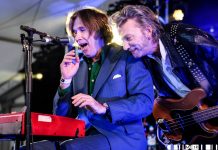 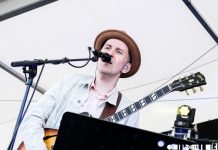 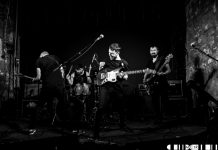 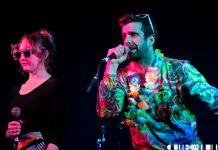 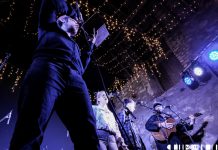