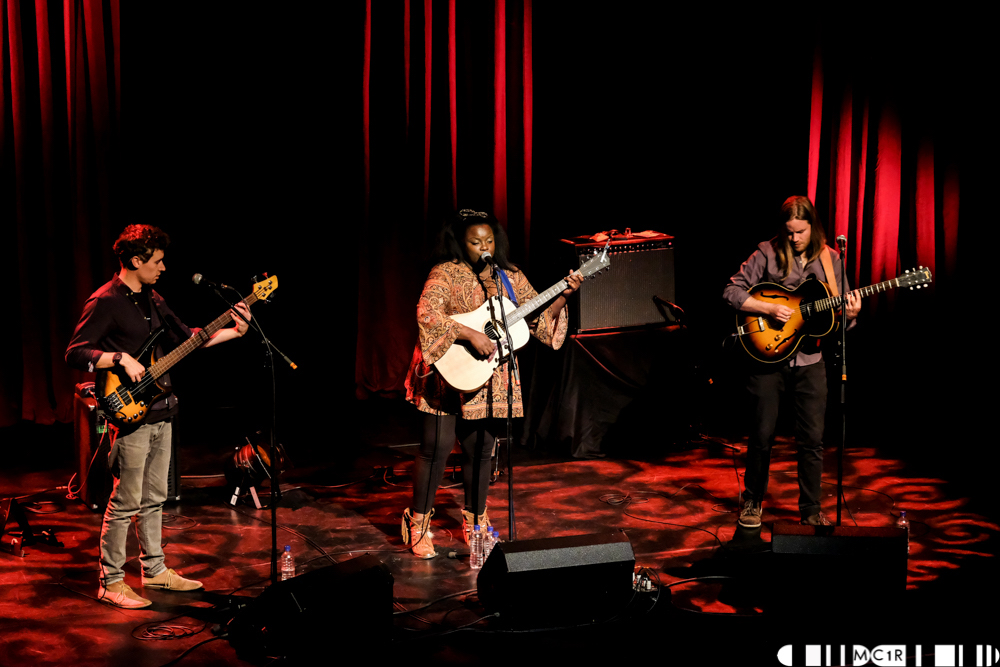 Lets start with her voice…and what a voice! Right from the first few notes of the first song it seemed as though her vocals were like a tiger being held on a very tight leash. She let the leash go from time to time…and wow! The power, the vocal range and absolute control she has is outstanding.

Her song writing skills are superb. Usually in a set there are maybe one or two songs that fill a gap but every song Yola sang, every song she wrote or co wrote absolutely held its own. Each song quite different from the other but fitted together so well.

I could talk endlessly about each and every song but that would fill pages so I will mention a few. The first song ‘Dead and Gone’ really set the tone and gave an insight to what we could expect for the rest of the show. ‘On the Wire’ was truly lovely song with a great chorus and wonderfully sung harmonies – I declared it my favourite until ‘Orphan Country’ blew me away. A stunning song telling a great story with the fabulous line “leave me to run momma” painting a very clear picture. ‘Gaslight’ had a touch of Bluegrass about and It ‘Ain’t Easer a real solid country twang. I described ‘Lay it Down to myself as “pure dead country.’ There were only two covers and boy did Yola make them her own!

Her two musicians, Harry and Kit played in such a way that allowed the songs and Yola’s voice to shine. Only musicians who know their worth can set their own ego’s to one side in support of another. What an asset they are.

Yola’s engaging personality and chat between songs was both informative and entertaining. I love to know what a song is about before I hear it and Lola managed to strike the right balance between chatting and singing…a rare skill these days.

Yola could sing in any genre and knock it out the park…I am delighted she has chosen my favourite – Country/Americana.

For those of us who have had the privilege of seeing her perform we will one day get to look back and be delighted we saw her before she became a huge star – because this girl is going to be a huge star!