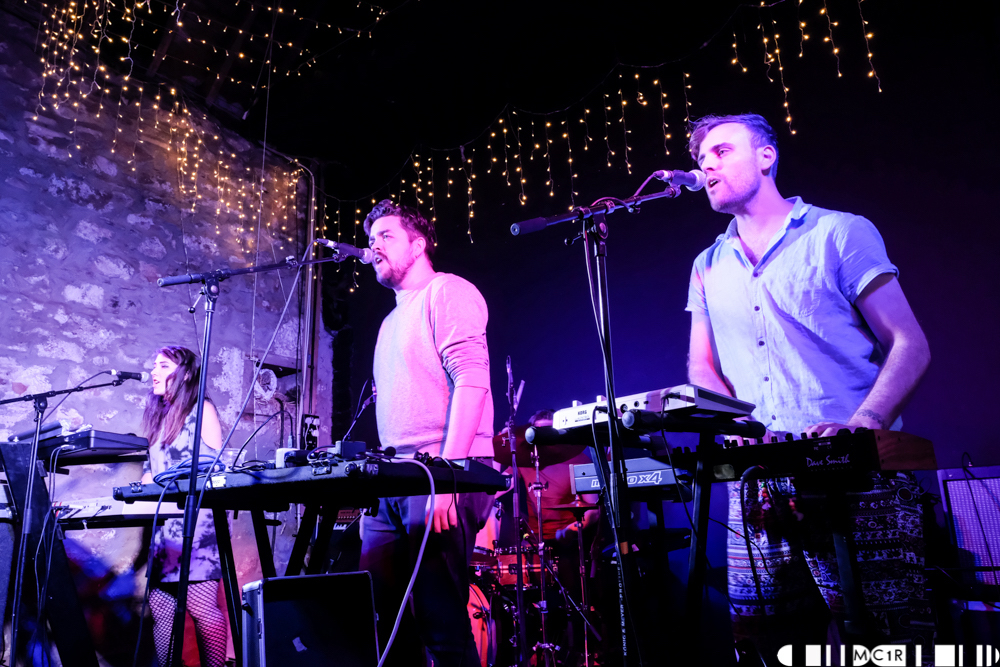 Ahead of their set on the Seedlings stage, Belladrum 2017 on the 4th of August, Reggie of BooHooHoo (and others when noted) chats to Chris Lemon of IGigs.

On their Facebook page the band’s story reads simply; “BooHooHoo are doing it live”, when we caught BooHooHoo at Northern Roots Festival, we could not disagree. “Heavy on the synths this is the millennials’ take on eighties pop…. They can do eighties but they can do a hell of a lot more.”,observed our reviewer.

It was really a no-brainer that we would try to catch up with them ahead of Belladrum;

Would you indulge us by telling us about where the band came from?

Richardson and myself (Reggie) came together over a shared love of Deep Purple live, scotch eggs and cold meat sandwiches at the back of an English class. We started a band and started writing and playing some songs. It was all very rock/indie guitar life back then.

Fast forward a few years and we got a bit bored of the guitars and started getting right in to synths and drum machines. After getting a few ideas together, we realised we wanted more people involved – and especially someone more capable than us on actually playing keys :D We found Liz online and she completed our little jigsaw puzzle.

Whilst genres can be equally useful and frustrating,how do you describe yourself to people new to your music?

POP is always the first thing I say. Then I usually nervously mumble something about synths, 80s influences before running away in to the distance shouting “just search BooHooHoo on YouTube”! (or you can check out the link below- Ed.)

As you plan your for Belladrum, which three songs will get put on the set-list first and what is the significance of your choices?

We have a set list that has stuck for a while now. We have changed it about and tried different things, but this set list seems to nail it every time. We usually will start with ‘Now Is The Season’ as it’s a good fast paced, bouncey song that will get the crowd warmed up. It also has some shared vocals which means for us we get a change to make sure we can hear ourselves out of the monitors. Sometimes we will only have time for a line check before a gig so this song works for us and hopefully for people watching/listening too.

‘Mould Me’ will always be in there as it is a favourite of ours to play, was our first single so probably our best known track and it also has a flute solo in the middle which Liz plays. People seem to like the flute.

We are also looking forward to trying out a new track at Belladrum. It’s so new that it doesn’t even have a name yet. It will probably be called ‘Want You’, but we’ll see how that goes at next rehearsal! :D

That’s a really difficult question to answer… I’d hope that in five years time, we could be back at Belladrum but nearer the top of the poster! Liz wants to go on tour with Katy Perry. If anyone has Katy’s number, that would help. We could fire her a text. No, seriously we are still relatively new here (seedlings one might say) so at the moment we are just working hard writing, playing live, finding money and time to record. We’d like to share an album with the world one day, but we are still in the process of making it and maybe it’s a little early yet. Maybe in five years, we will have two or three albums out…who knows!?

There are some great bands playing – we are looking forward to hearing the other bands as much as we are playing. Emme Woods we saw twice at Xpo North (we watched her BBC introducing performance as well as her Xpo performance). She has an awesome voice and her dugs pretty cool too. Another great voice – Lewis Capaldi. Holy crap that guy can sing. Also have heard some Stillhound and Noah Noah – both sounded pretty exciting. We caught the end of Noah Noah’s set at Northern Roots and wished we had got there earlier!

If you could be half human half sausage (top/bottom) what would you be and why?

Reggie: Quorn sausage. Quorn was originally designed for astronauts to take to space. Take me to space. Eat me.

Beards are the in thing with many bands this year. If you were a beard which artist’s face would you like to adorn?

Reggie: Richardson’s face. At least I know he has good hygiene standards. Imagine being someone’s beard who had bad breath. No escape.

If you could be any genus of Seedling, which would you be?

Liz: what is a genus? (Ed -I had t look it up too, blame one of our contributors)

If you were allowed to indulge your inner Diva what would your unreasonable rider demands be?

Liz: I’d like a conveyor belt of sushi surrounding the stage and the backstage area.

Richardson: A bath of olives.

Reggie: A room full of kittens.

You’re going to be locked in an elevator for a year, you can only listen to a Coldplay album or an Ed Sheeran album, which one and why?

Richardson:  Ed Sheeran – any one. At least it’s not as depressing.

You are to be gifted one of the songs from one of the festival headliners, which one are you are going to have?

BooHooHoo will be performing on Seedlings Stage, Friday 4th of August – 19.45. You can also catch the band as they headline Nice N Sleazy on the 1st September. 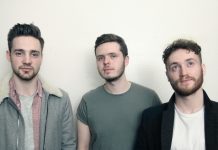 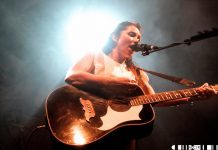 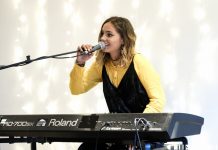