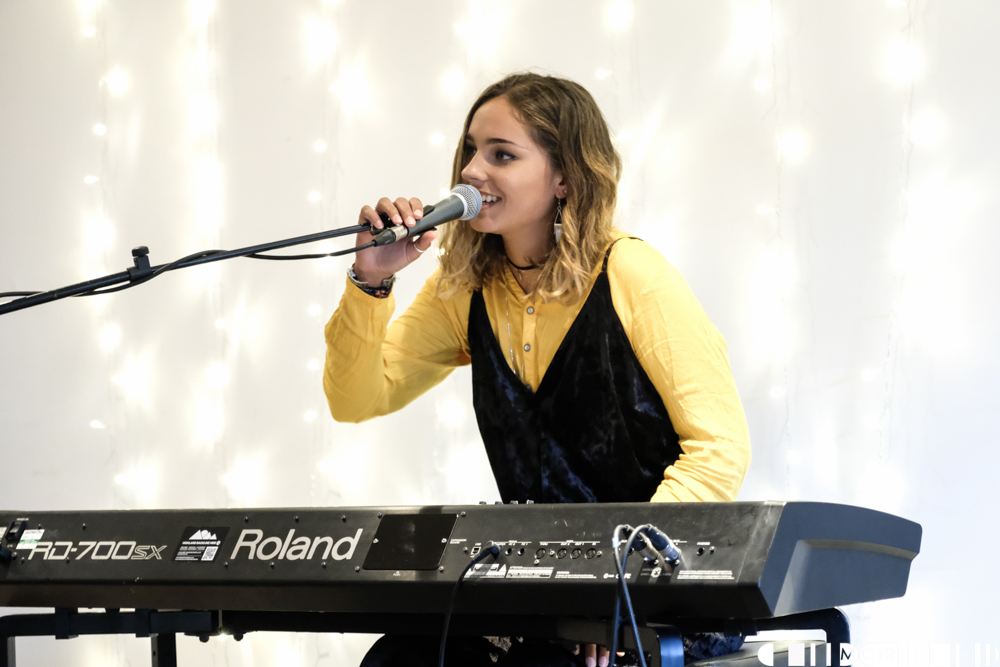 Ahead of her set at the Grassroots Stage, Belladrum 2017 on the 5th of August, Tamzene chats to Chris Lemon of IGigs.

It’s hard to avoid Tamzene at the moment; picked by Belladrum Records as their first signing, earning “One to Watch” titles for fun and finding her way to the likes of LA and Sweden to perform infront of those in the “biz”. At the core is an ultra talented singer-songwriter who has been winning the hearts of many and this will no doubt continue with the release of new single ‘Enough For Me‘ on the 4th of August (check out her Facebook page for details). She was kind enough to answer a few questions before she returns to Bella..

Belladrum has been described as the ‘Glastonbury of the North’ and has won over the hearts of it’s fans, given that you have had a long standing relationship with the event, cemented by your signing by Belladrum records, how important is Belladrum to you ?

Belladrum was my only annual live music event growing up. I saw my first few professional acts on it’s stages, so it’s always been a special time of year for me. I think it holds that importance to many locals too. Walking around you barely go a few steps before seeing a familiar face, it’s wonderful. It’s important to get people together too, and why not in the beautiful Scottish Highlands with lots of wonderful music and art!

We appreciate that you might be rushing off, but if you can (or could) get to see three other acts on the Belladrum bill this weekend, who would they be, and why?

No way, I’ll be watching as much as possible! It’s also my time to be at home, so I can relax after my performance. I will definitely be watching Birdy and Benjamin Francis Leftwich, I’m a huge fan of them both! But my Scottish favorites are Indigo Velvet and JR Green. Fantastic bands.

There is a romanticised version of festivals with sun, beer and fun, then there is the likes of of Jake Bugg who has been to known to be very frank about his , negative, feeling about festivals in general. How do you feel about playing festivals?

Every gig is what you make it I think. But personally I love them. Festival goers are happy, friendly, supportive crowds, and they always want to get involved in your set- I can’t put it down at all!

What has been your favourite festival appearance both performing and as an audience member, what made them particularly special?

I recently had the pleasure of playing Tiree Music Festival. It was a gorgeous festival. brilliant atmosphere, great music and it was so well organized! My special moment was playing a second intimate set inside a yurt! It was the loveliest set ever, and I will definitely keep my eye open for yurt gigs in the future..

You have had quite a year full of opportunity , including performing in Sweden and LA, being nominated ‘Best musical artist’ and ‘One to watch’ in the Scottish Herald Culture Awards, what have been your highlights so far?

Yes I’m absolutely loving being so busy. Sweden was definitely a highlight as I’d never been before. I’ve always wanted to be able to travel with my music so that was a big moment. It’s also been the most incredible experience getting to work and create with Joe McAlinden. He is very talented and has really helped me to create a fuller sound around my songs.

The journey from busking to bigger stages has happened fairly quickly, what are the advantages and disadvantages of playing to two very different kinds of audience?

I think busking has only helped me, but I do tent to switch off whilst doing it, as you are kind of singing to whoever and it’s not clear who. You can’t really do this on a stage, you have to engage and be engaging. They’re different, but in most cases one aids the other.

With debut single ‘Lullaby’ gaining lots of interest, what are you plans both practically and with regards to your sound for future recordings?

I was really happy with how Lullaby sounded as a finished song. I’m definitely keen to develop this as my style, and the new few releases are stylistically the same. I’ll still continue to push and explore my style and sound, I’m young and I realize this is something you should never stop doing. I think I’ll always write pop music because that’s what I love, but I won’t put a limit on trying new things.

Tamzene will be performing on Grassroots Stage, 215pm on the 5th of August.

Check out our recent interview with another act from Belladrum 2017; BooHooHoo.