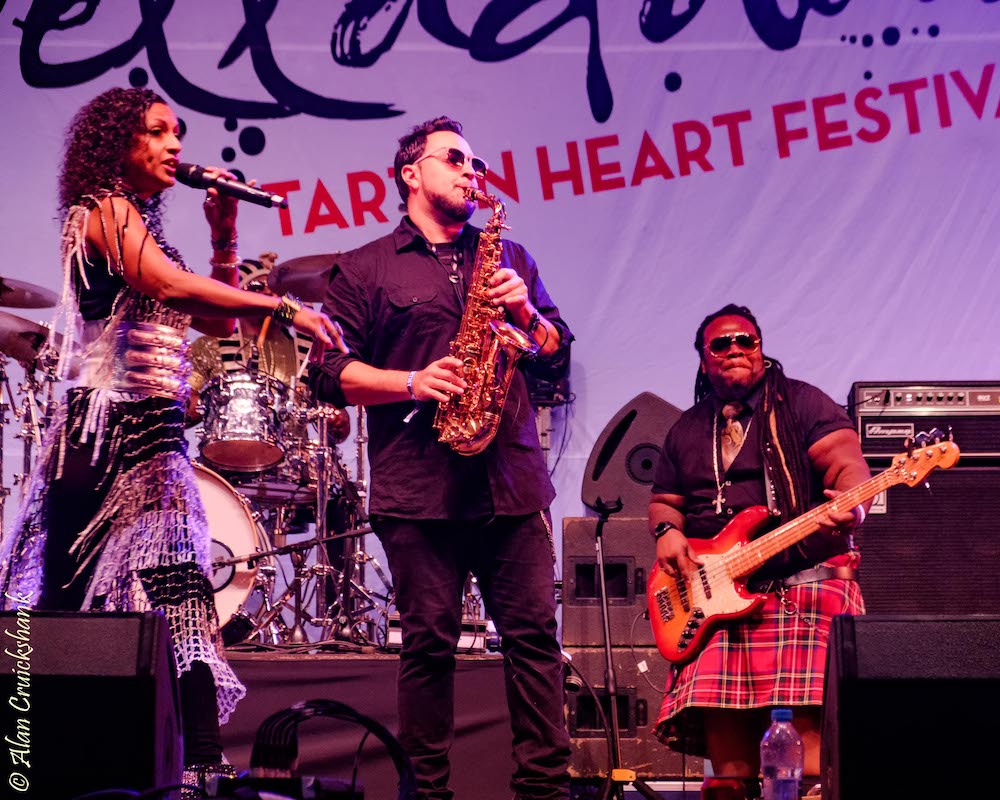 One of our writers give his first thoughts of Belladrum 2017.

I arrived on site in the early evening after a drive to the festival from Inverness that was so uneventful I was asking myself if I had turned up a day early! Once parked the transition from car park to arena was smooth with good natured staff on hand with any queries. The ground at this point was quite soft in places, especially where there were bottlenecks at access points. Just a wee word of caution as the weather looks to be wet over the weekend, so best to get the footwear right!

Belladrum goes with the old adage ‘if it ain’t broke, don’t fix it’ and again this year they have followed that sensible approach. The biggest change has been the removal of the VIP area and the creation of the country themed Trailer Trash stage in its place. The Drop and Roll show has moved back to its previous spot near the Venus Flytrap stage but other than that most of your favourites will be where you left them last year.

On the music side crowds were being drawn to both the Grassroots tent, the Jazz Stage and the Potting Stage but I concentrated my efforts at the main stage catching the very end of likeable Liverpudlian Louis Berry’s well received set. I’m still not convinced though that access arrangements work particular well with the main stage on the Thursday night with one or two tempers getting frayed on entering at the top of the steps. Ultimately a wee bit of patience is all that is required but it did not appear to be particularly well signposted.

However once down in front of the stage it was very much a growing party mood with first, the incredible First Aid Kit who meld the appeal of a Dixie Chicks with the atmosphere of a Lana Del Rey. If they were worth the Thursday night ticket alone then Sister Sledge were the icing on the cake. This was a headlining slot with the hits, the energy and Amazing Grace. I do feel they more than slightly overplayed the “Lost In Music’ section at the expense of some of their other hits which would have extended nicely but overall they were winners.

Belladrum, we are family!

Check out our images from around Belladrum;