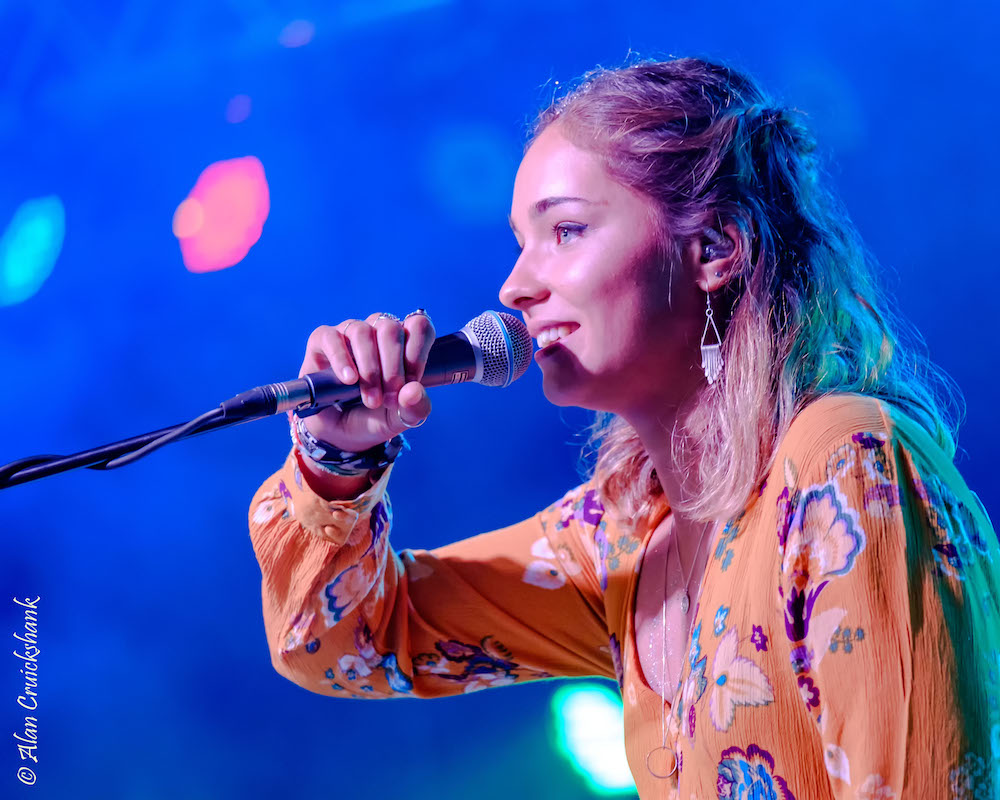 We look at Franz Ferdinand, Tamzene, Neon Waltz and more, at Belladrum 2017.

Saturday started brightly and the rain of Friday was just a memory, except the mud, it didn’t go away. The sunshine extended into the Grassroots Stage and Tamzene with her big arena voice. ‘Lullaby’ being a fine example where she uses all the range of her voice knowing when to hold a note and when to let it go. Tamzene has a very full range plus the ability to write powerful songs; two very distinct crafts. There are strong harmonies from Lizzie who was on stage with her giving a further vocal and some additional electronica. Current single ‘Enough For Me’ was really picked up on by the audience as the set drew to a close. Tamzene is an undoubted talent and I believe we still have to see the best of her yet. Read our interview with Tamzene where she talked about her relationship with Belladrum and future plans.

I took a wander down to Burke and Hair which is a little world of its own within a world of its own which is the Walled Garden. As well as having a fine array of ales and a couple of gins the venue also had a full programme of continuous entertainment between two facing stages. There would be no good reason to leave if you got yourself settled there. My brief encounter saw me catch Hamish Macdonald regaling the crowd with observational poetry and political song. It was all being lapped up by an attentive audience and one interloper who sneaked onto the stage.

Taking the long haul up to the Seedlings Stage, there really should be a bus service, I caught enough of Little Mammoths to enjoy their country rock, party music. It was good honest rock ‘n’ roll and certainly got the crowd dancing.

Neon Waltz with an album, ‘Strange Hymns’, on the horizon took to the Hothouse Stage to show that they are more than just hype. They open quite triumphantly and quite simply own the stage for the rest of their set. Fresh faced Jordan Shearer is a revelation as he leads the band with an air and confidence reminiscent of a Tim Burgess or an Ian Brown as they spray out their psychedelic tinged indie rock. What takes this set to the next level is not just the performance but the fact that for a young band awaiting their first album release there was no filler. So bring on the album! (Pre-order here)

Josephine Sillars is not afraid to put herself out there whether it be her solo slots or her acclaimed ‘Ripped From The Wire Spine’ show, but today it was Josephine with a small band, bass guitar and drums, that took to the Seedlings Stage. This added accompaniment fleshed out her sound to the point that there was a real jazz club feel to it. It wasn’t all jazz club though with couple of heartbreak songs in there too; a crying one and an angry one for balance. “Problems With Power’ however was stark chanting with a tribal rhythm showing great variation in the set. And talking of variation, Josephine brought Butterscotch (Spring Break) and Jamie (Jamie and Shoony) on stage to give a rap addition to her final song. Overall a great set full of variety in what seemed a very blink and you miss it half hour.

With the festival moving into it’s final hours it was time to head back to the Hothouse Stage to catch former Mercury prize winners Young Fathers. Introducing themselves to brutal, aggressive drumming they commanded the audience to stand up and take note. And they did. Young Fathers throw the rule book out the window as they manoeuvre their way through an aural sea of rap, hip-hop, electronica and many islands in between. Quite simply this was breathtaking in the execution as it was the dynamic interaction between band members. Many calories were burnt by the time they left the stage at the end. As I left the Hothouse there was one word which an audience member repeated in description of what she saw. I think it summed it up. Mesmerising.

Your final memories of a festival, and often your abiding memory, is the last act on the main stage, the headliner. Belladrum headliners are somewhat helped by the perfect amphitheatre and darkening skies creating an almost magical setting. All it needs is that special act to deliver on that stage. Some can do it, some can’t. Biffy Clyro, for example, at TRNSMT had it earlier in the summer so the question was – did Franz Ferdinand have it?

In the case of Franz Ferdinand ‘it’ was well and truly there in both the songs and Alex Kapranos. The songs were all delivered like every one was a hit. ‘Do You Want To’ and ‘Take Me Out’, with the opening guitars holding anticipation before being unleashed, were strategically placed for best effect. Alex Kapranos’ presence as a frontman was measured and did what was required to engage with the audience and involve them in the proceedings without ever losing the script.

This was about as good a finale to a Belladrum as I can remember, more than enough to lodge in the mind over the winter months until the anticipation begins again…

Check out what we thought of Friday; 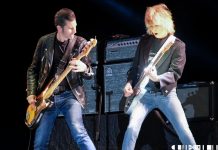