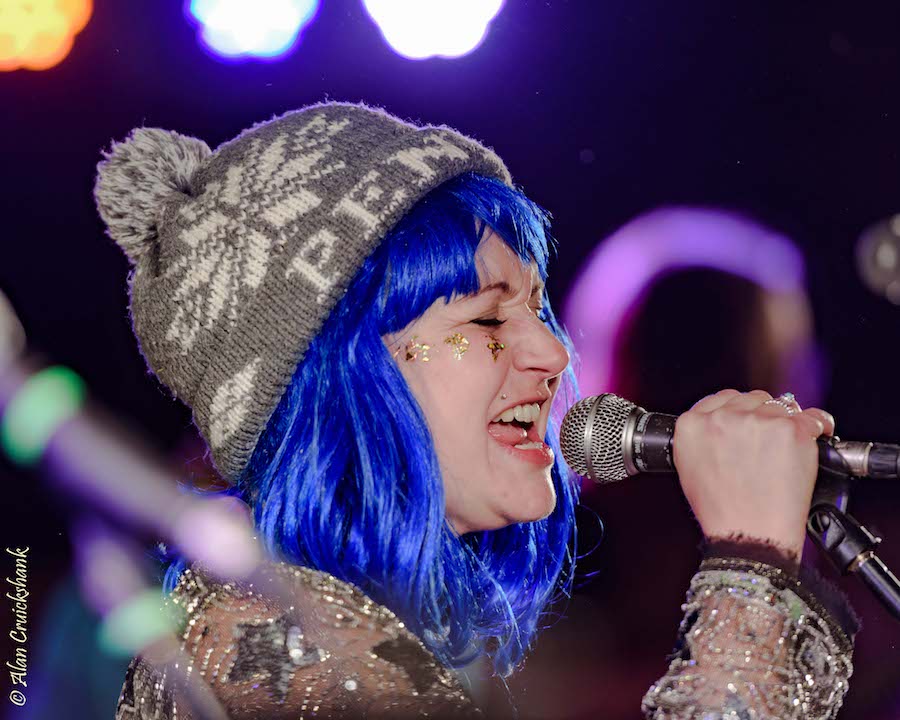 We look at Coco Tenorio, Iain McLaughlin and the Outsiders and more, at Jocktoberfest 2017

There are music festivals that have beer; we’ve all been to one of them and there are beer festivals that have music; North Hop being a fine example but there can’t be too many breweries that are situated on a farm with easily adaptable buildings to hold two stages and a well stocked bar of their finest beer. Well, the Black Isle Brewery is that place with its now well established Jocktoberfest.

The setting of the Dutch barn offers an easy access main stage and has an eclectic mix of acts throughout the day but each is well received by the partying and always interested audience. April Skies was the first band on our agenda, fronted by Andy Forbes formerly of Naked Red and boasting a cravat wearing bass player, they were perfectly matched for a chilled out rock sound. The pace picked up for set-ender “When I was Young” a catchy chorus and more than a bit of a rabble rouser; just the way to lift the early afternoon crowd.

You may have had a touch of deja vu when you caught sight of Devil’s Queen playing at the same time, same stage as last year. But the obvious significant change is that Murdo McArthur has stepped in on vocals (albeit on a temporary basis) and Frank Haymer is now on drums. There is an (even) heavier feel to the guys with McArthur; they are a tight unit, despite the changes and worthy of the knowing head nods. Whether it was those heavier sounds of Devil’s Queen through the noise masters that are Garden of Elks to the return of James MacKenzie from Germany there was plenty for the curious ear to take in. It was as the sun, yes the sun, dropped beyond the horizon that a real magic, possibly aided by the beer, descended over the farm.

The fairy lights that stretched between the steadings and the barn created an artificial ceiling sealing in the atmosphere as the logs were lit around the site. This was used to great effect by the later acts such as a pumped up Iain McLaughlin and the Outsiders , which certainly was a barn storming set, when the Iain dedicated the last tune to his wife to be even the hardest of hearts would have found it hard not to be touched. As the day begins to draw to an end the ever popular local legends that are Spring Break take to the stage and ensure that the crowd are kept warm by their energy as the air temperature begins to drop. It was at this point that we had to make our excuses and leave. But there was, of course, another stage that delighted the audiences too.

The steadings in the past have always proved to be a difficult spot to grab a seat on the hay bales as people set themselves down for the day. However, this year with arrival of summer in autumn the predominance of festival goers preferred to take advantage of the unseasonal rays and top up their allowance of vitamin D. There was however a definite elephant in the room, the crossovers were unapologetic so unless you found yourselves close to the stages acoustic speakers, the noise from the barn stage could be overwhelming. On a positive note, it did not appear to distract any of the acts. The first act we saw on the stage was Bob Ford’s Bullet Southern Rock, a one man band from that had the audience including us yehaaing especially for the cover of “Ring of Fire”. Perhaps the country / americana version of “Hey, Ya!” took us down the rabbit hole a bit too far, it was time for another beer…

But the crossover sound and the sunbaked site didn’t stop crowds enjoying the likes of car park attendant, toilet stocker and, when he gets the opportunity, musician Dougie Scott doing a stand in slot, his second of the weekend. He has certainly got a charm and relatability in his music (and his hard work ethos). Coco Tenorio’s performance caught the ear of many, her Ecuadorian roots plentifully expressed in her soulful and enchanting tunes. Her recently released album Cold Like Stones is more than deserved of a listen. Also on the stage was Tamzene, her between song banter was quite charming speaking of her relationship with with the area and of her love of a Black Isle blonde. Whilst “Lullaby” was certainly our favourite that does not detract from the overall quality of her set.

But there was beer too. Of course there was. And as well as many of the brewery’s staples such as their Blonde on keg, and in cask an unfined Porter and Yellowhammer. There were a few festival beers and in particular Anything Gose, billed as a sea salt and coriander summer ale it proved to be a lot more palatable than a potentially salty mouthful of soapy liquid and was much more subtle and fitting of the occasion. Smoked Marzen, a beech smoked German festival beer, had a lighter smokiness in comparison with version that is sold in their bar in town. It was also a punchier 5.7%. The beer couldn’t be faulted and at £4 a pint was excellent value.

Overall the beer, the music, and sun came together to provide a near perfect farewell to summer and a warm welcome to autumn. Until next year…

Check out more on Jocktoberfest 2017 here 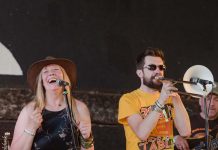 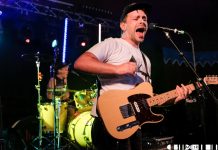