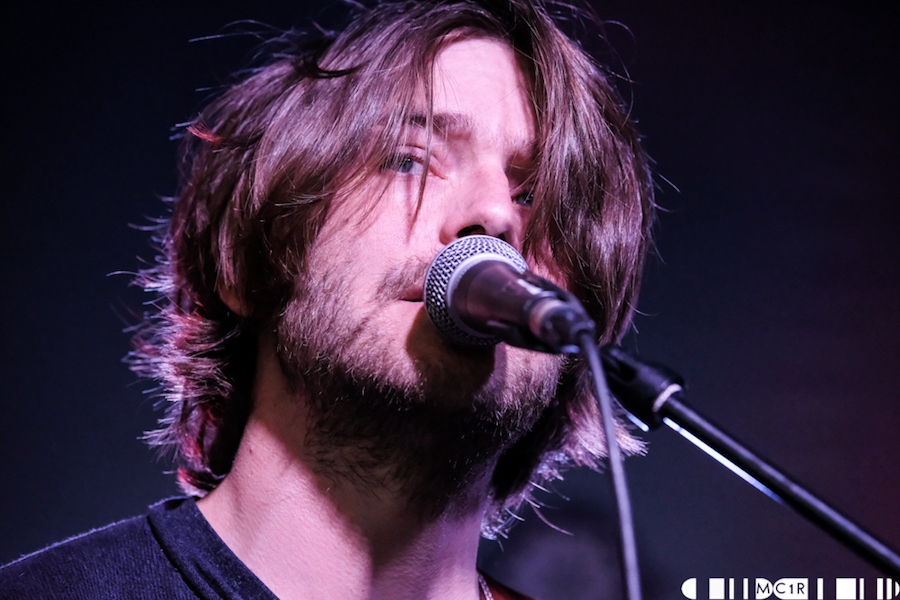 C.MacLeod, with support from Sam Cain and Lewis Ross, at Mad Hatters, Inverness.

I turned up to Mad Hatters on Wednesday night unsure of what to expect from the acts playing. I had heard good things about two of the artists and one I had not heard of, so I was intrigued as to what I was going to get. The answer – Quality music from three very talented artists. There was a good size crowd for a Wednesday night and I have a feeling that everyone left happier than when they came in.

First up was Sam Cain, a young singer songwriter from Ardersier, who ran through some tracks from his EP “Bon Fire Heart.” He kicked off with the title track from the EP a really nice track which shows off Sam’s very distinctive voice. For such a young lad he has got the banter with the crowd in between songs down to a T. The next song was called “Spooks,” which starts of slowly before been ramped up to eleven in pace and singing, a very impressive feat.

He then told the story behind his next track “I’m Just Happy That We are Friends” where he had written parts of the track for 2 previous girlfriends who both finished with him shortly after he played it to them. The track has a nice pace to it which really suits his voice. After that we were treated to some nice up beat tracks called “Space Girl” and “Lost Town”. In my opinion his best track of the night is and ode to his brother’s girlfriend (for his brother!) called “Sneakers.” He finished off strongly with “Murderous Motifs” in review I came in to this show not knowing anything about Sam but will definitely be keeping an ear out for him from now on.

Up next was the mesmerizing finger picking guitar skills of Liam Ross, an artist from Ross-shire that I have been aware of for the past six months or so, but had not been able to catch until now. He burst out of the gates with an original track that showed some of the skills he possesses while playing the guitar before flowing in to a very impressive cover of U2’s “With or Without You.” He then played one of his own tracks called “Skywatcher” which showcased Liam’s arsenal with an acoustic guitar in his hands.

He used every part of the guitar for this track from finger picking over the whole of the fret board to using the base of the guitar as a percussive instrument. Following this were “Angelina” and a Brian Wilson cover that I never caught the name of but knew the tune but even now I can’t remember what it was, sorry. He then played a track called “Tall Fiddler” which was really fast paced and the crowd were really in to it. To finish off he played a couple of covers from Walk the Moon – Get up and Dance and Mark Knopfler – Sultans of swing. I could listen and watch Liam play all night, so good is his performance on the guitar. It makes me wonder what he could do with an electric guitar, something special I think.

The main act of the evening was Stornoway’s very own C.Macleod. I have been aware of them for a while now since they were announced for SXSW this year and was disappointed not to catch them when they played Belladrum last month. Colin was solo for the evening and put in a very impressive performance, showing why he is a hot commodity all over the UK right now. He was showcasing songs from his new album including new single “Kicks In,” a track about growing up in the middle of nowhere and the mischief that can be found, really resonates we me growing up in the Badlands of Muir of Ord! The track has a really nice pace and brings out a nice tone in his voice. I really enjoyed the track “Old Fire” an acoustic track, where his voice draws you in and desperate for more. A very hypnotizing artist whose vocals can go from soft and mellow when it is needed, to a style very similar to Thom Yorke for the more rocking tunes.

To top it all off he finished with a rousing slowed down version of “Ring of Fire” by Johnny Cash which was excellent. I cannot wait to catch him again and would like to see what the difference would be when he has the full band alongside him, but in the meantime, I suppose there is always Spotify.

To summarize the evening I would highly recommend each of these artist to anybody that likes amazing guitar work and great song writing. Three very big futures ahead for these guys.

C.Macleod’s debut album ‘Bloodlines’ is due for release on Country Punk Records in early 2018.