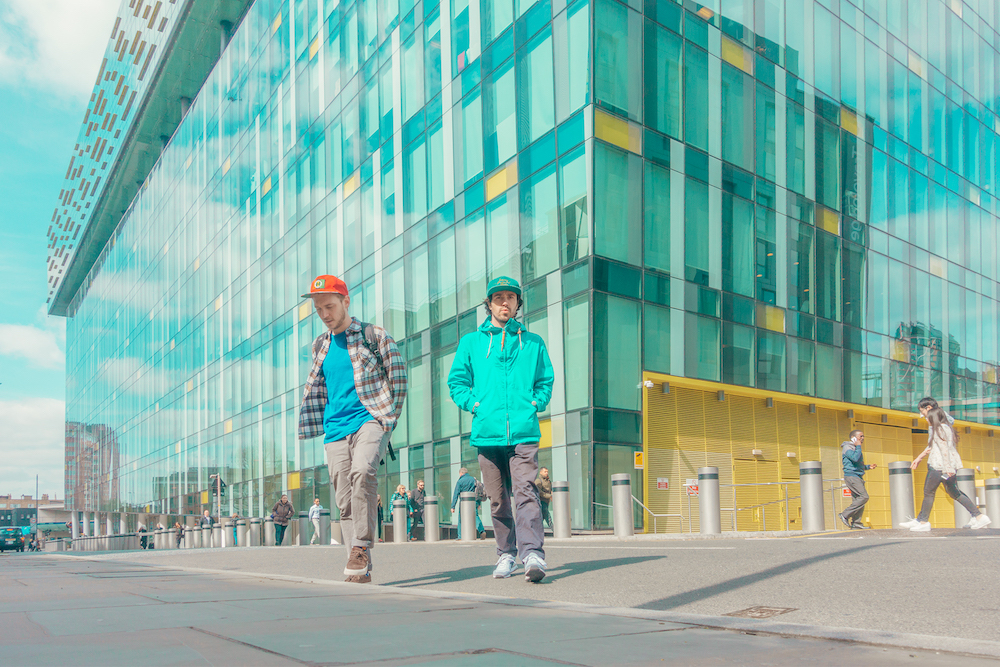 Ahead of their gig at Mad Hatters in October, Leon Rhymes and Ross Standaloft of Too Many T’s chats to  IGigs.

With debut album ‘Soul City‘ to promote the Hip-hop duo from London return to the Highlands as part of their tour which will see them gig throughout the UK.  Having been playing together for over a decade, Too Many T’s have built a reputation for themselves that has see them support so many legends of the genre including Public Enemy, Snoop Dogg and Del La Soul.

It’s been five years since you were described as “Britain’s Answer To The Beastie Boys”, and certainly seems to be one that has stuck with you!! How do you cope with such plaudits and with hindsight how do you view the description?

R: Obviously being compared to someone like that is a huge honour but it’s not something we feel comfortable with to be honest.
L: For starters our music isn’t even like the Beastie Boys so if people are coming to see us based on that description it feels like we’re conning them!
R: But then again, after every gig we have people saying we remind them of the Beastie Boys so there must be something in it! It’s more the energy and hype that we bring that brings the comparisons I think…
L: that and the fact that we’re white rappers with a bad ass DJ.

Hip-Hop in Scotland seems to have going through a bit of a renaissance over the past couple of years, where do you think the genre is at the moment in general?

L: Big up the Scottish Hip Hop!
R: I really can’t get into the genre in general at the moment. Hip Hop has gone weird in the mainstream, rap music is all auto-tuned and whiney. There’s too much front and bullshit and not enough substance or originality.
L: Snoop nailed it on his chat show with 50cent when he said that modern rappers all sound the same style – authenticity used to be important and now we’re getting the same sound regurgitated over and over again, people are following instead of being unique.
R: That said, underground Hip Hop is at it’s strongest for years and there’s a lot of exciting new talent.

The video for “Hang Tight” echoes the energy and vitality of your live shows, how difficult is it to maintain that verve?

L: It’s part of who we are so not at all really. We always approach things the same – put our all in and make the most of it.
R: You get out what you put in right? Well we endeavour to give 100% at every performance and give every crowd a gig full of energy and the best show we possibly can.
L: They are the most important people in the room.

You voiced some trepidation about the possible response to “Patterns”, how does the new track represent your direction for the future?

L: Patterns is one of our favourite tracks we’ve written but it’s very different to the music we normally make. Working with Flux Pavilion and Odjbox on our album kinda dictated a new approach to the music making and the music we made.
R: We’re gonna get back to making some proper old school boom bap hip hop on our next project.

Last time you paid Inverness a visit, it was at Belladrum and you teamed up with Hoodja, what were your memories of the set, and any chance of a reunion?

R: That was one of the best experiences of our short music careers to date! We all hooked up for a few days before and worked out how to mash up their music and ours – it was a challenge but think we nailed it.
L: We’d 100% love to do it again.
R: To be honest it nearly happened but our diary’s didn’t quite allow it so reckon there’s a definite chance.
Both: Hoodja, if ya reading this get us involved yo!

Too Many T’s plays Mad Hatters, Inverness on October the 13th. (Free entry)