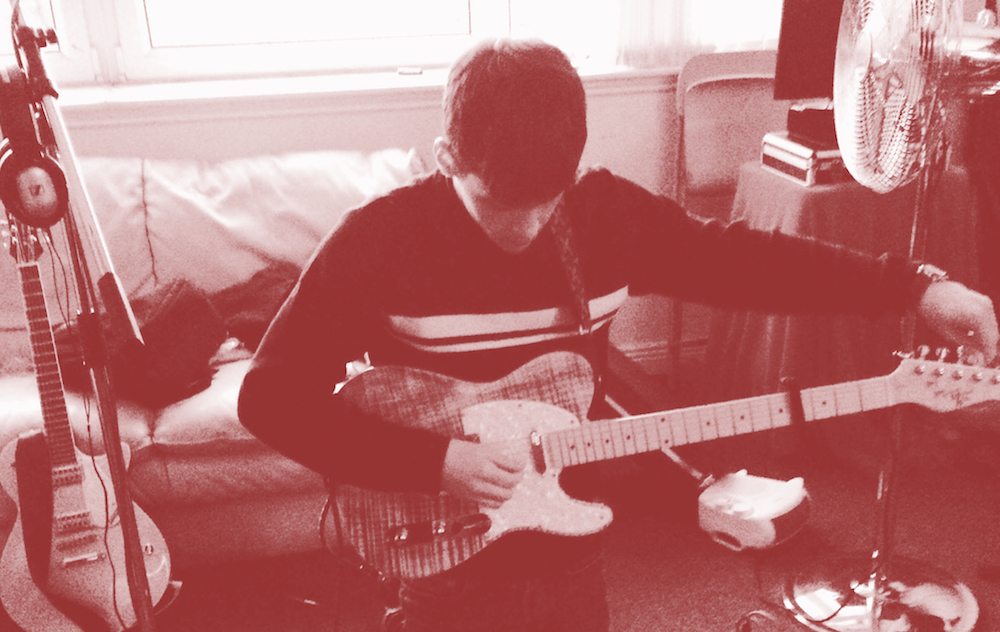 We introduce you to The Chosen Lonely and ask him a few questions.

When it began to look as though Ralia was weakening, I (Steven Barclay) came up with the name ‘The Chosen Lonely’, originally with the idea of forming a band. But when I got back into playing the acoustic in the flat, I thought why not use the name as a solo tag, I’ve chose to be alone so the name still fits. And in the studio I’ll still form full band versions of some songs and it leaves the door open for band members to be added in the future.

Well it’s quite Indie Rock, but it’s still got that bit of pop in it I think. A lot of the songs are just simple songs with a couple more adventurous ones starting to come through now but even they still have the main modern Indie connection to them. You can get a feel for the material by having a listen to Ralia’s tracks, new songs under The Chosen Lonely banner are being recorded soon.

Oasis I suppose would be the most expected choice and yeah, I can’t deny that but I’d say this venture will have little bits of people like Vampire Weekend, Vaccines, Libertines and hopefully something a bit different comes through also.

Plan is to get recording. I’ve got myself all the gear for a little in house laptop thing to get some demos down. Maybe bring in a session drummer and just get a handful of tracks together and do a load of solo shows off of it.

Next up I’m at Tooth & Claw warming up for VISTAS. I checked out their latest video ‘Hold Me’ and it sounded pretty cool. That’s on the 9th November

I may pop up with the odd gig here and there before the year is out but mostly I’ll be trying to get some recordings together to put out.

The Chosen Lonely can next be seen at the Tooth & Claw supporting VISTAS on the 9th of November and check out their Facebook page for further updates.

Check out other “Who are you?” interviews;