We introduce you to Never Knowing and ask a few question ahead of a busy month of gigs.

We are Never Knowing and we are currently a four piece band, that will change over the next few months once we find a drummer. Jack Ledsham (out current drummer) will be taking on rhythm guitars, while Craig McAlister will be on lead guitar/backing vocals. Then we have Rikki McLaren on bass and Jamie Fraser on lead vocals. But for just now we will carry on a as a four piece so that we are still writing and gigging.

We got together late last year, Jamie and ex guitarist James Mckellar were jamming in Nairn. So they decided to pull in a drummer and bass player to make the band . Jack was founded through a advertisement on gumtree and Rikki use to play with Jamie in a band called Spottydogg, who separated back in 2009. When we contacted Rikki he was living in Oz at the time, he said would be moving back home in the January and would be available to jam. Talk about destiny haha We have been working hard since the start of the year rehearsing twice a week, learning covers, writing our own material and playing gigs as they came up.

In June, Jimbo (James Mckellar) decided to leave the band due to his home commitments. So we had to take two steps back and find another guitarist. Not long after this we made up another advertisement on Gumtree, where we found Craig. Craig has made a great addition to the band, being a diverse musician and has inspiring ideas to bring the band into different sounds. 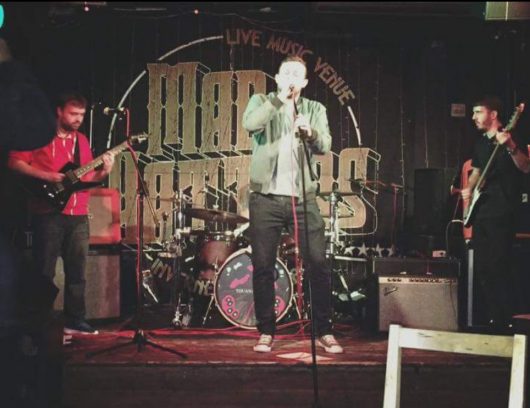 We were actually talking about our sound a few weeks ago and we still can’t nail what genre we fit into lol. Jamie has a very pop/rock voice and he spits bars. Craig has a lot of metal influences, but he also likes mainstream. Jack is quite alternative, but he also like mains stream stuff as well. Rikki is old school, but he knows how to keep it current. So if anyone asks us what style we are, we would say Pop/Rock/Metal/Hip-hop. How do you even narrow that down. Our songs have different elements of each genre.

When song writing, we normally write from a real place. Some of the songs are like a phantasy world, not a real situation but painted into music. Then other songs are about past experiences. But it all comes from a real place. We tend to make tunes that are melodic, catchy, harmonic and energetic. The songs will take you up and down, as we want to connect with our listeners/fans on a personal level. Take them through the emotions that we had when writing the songs.

Haha ok are you ready for this; So if you like Foo-Fighters, The Script, Rascal Flatts, Kasabian, Plan B, Red Hot Chilli Peppers, System of a Fown, Blink 182, Lifehouse, Mark Feehily and The Vengaboys haha I mean there is loads of bands out there we could name drop, but you get a fair idea from what has been said. Vengaboys is a personal joke, don’t be expecting one of there tunes at our gig, actually never say never haha.

The next year is about establishing Never Knowing and putting a stamp on our sound. We want to be gigging and playing festivals all over the place. As long as we are getting out there and show-casing our sound, that is what we enjoy most. You can expect a 5 song ep in the next coming months and a full Album at some point next year. We have started the recording process and we will be recording in Shack Studios in Nairn with Alan Greer.

Once we have recorded everything, it will be handed over to a world wide sound engineer who will be producing/mixing and mastering the tracks. All will be revealed as we go. Anyone reading this article, you will deffo hear of us over the next year. We just need the platforms to showcase our material.

We would just like to ask people to come along and check us out live and on social media. If you would like to book us or enquire for a gig, then you can get us through our Facebook page. You never know, we might just be your cup of tea….

You can keep track of Never Knowing at their Facebook page .

Check out other “Who are you?” interviews below;